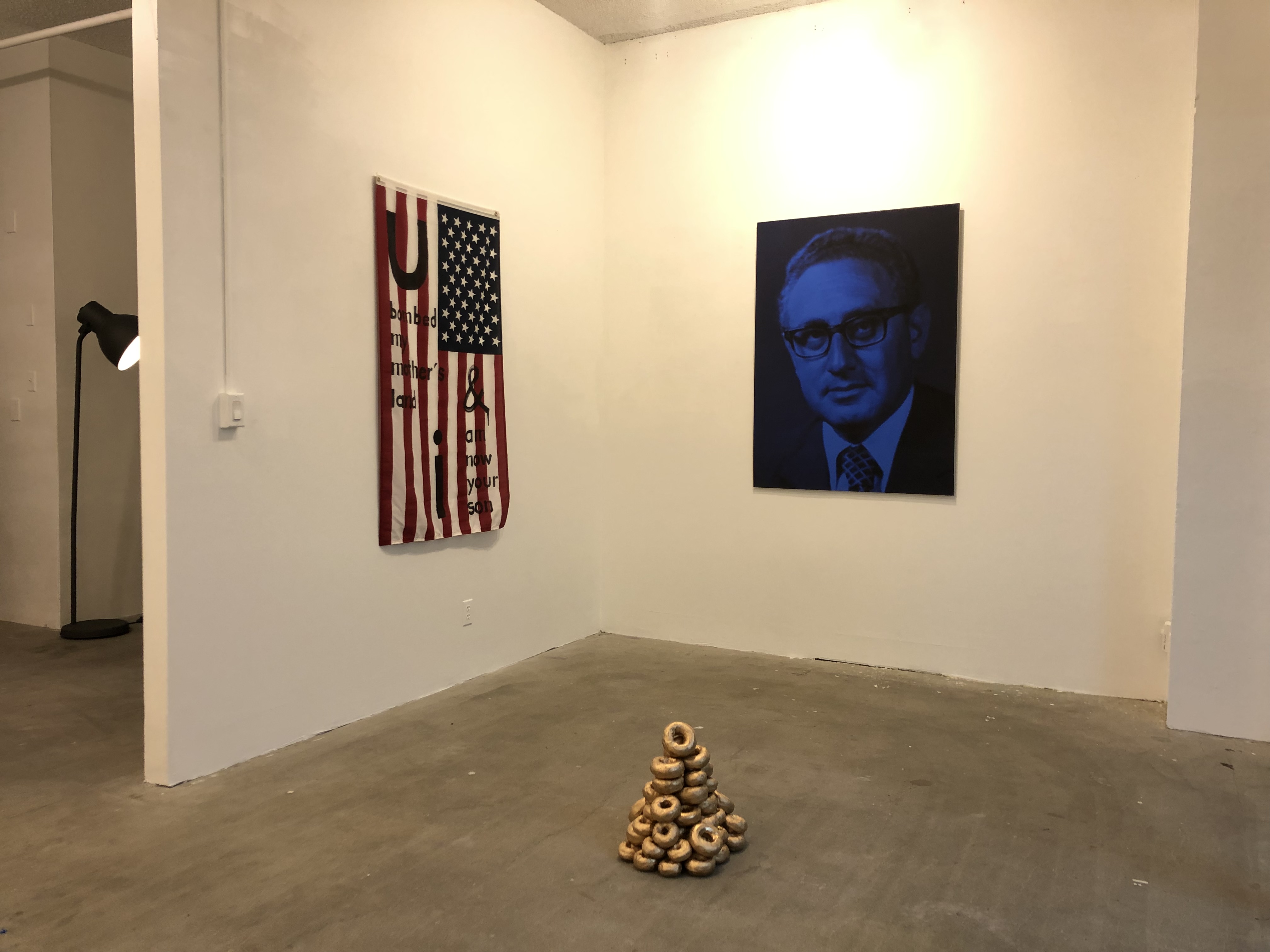 Come to the reception for "The Lands Of" and see a durational performance by Vinhay Keo involving the artist and his kiss interacting with a wall piece at 8pm.
~
The region of Southeast Asia holds in its bodies a specificity and a queerness. Water bodies, human bodies, land and memory bodies that have no stage or visibility – but on what stages and through whose eyes do we wish to be seen? Which audiences and what representations are desired? Our relationship with this very space and with the world after 500 years of direct European and American colonization and settling, after being the fallow grounds and corridors through which the West and the Larger East have rested, communicated, passed and infiltrated for exchange and growth, after supplying and housing resources for others, after both wars and both economic booms and after and after – our positions and relationship with the world is a queer one.

Surrounded by power and veined with water freeways through which power has passed and continues to pass, Southeast Asia is a small region of small states and island-archipelago countries. Each (save one) with a different colonial daddy, all with histories of Japanese occupation, and all with intimate economic and cultural relationships to China and India. Within the region and across the world, its people see movement, move and are moved.

In the context of queer theory, queering is something we do, rather than something we are or are not. What is there to do when movement is a condition? Thriving bodies, in order to thrive, do not necessarily need to take on hegemonic forms of living or visibility, and answers are no longer enough.

Love’s Remedies is an initiative of artists brd and Hannah Kim Varamini, and focuses on building collaborative actions and events with artists, curators and writers across Los Angeles.
~
The CalArts / REEF Residency is located at 1993 S. Broadway, Suites 738 & 1150. Street parking is available. The REEF Parking lot is $20.
~
Tweet
Share