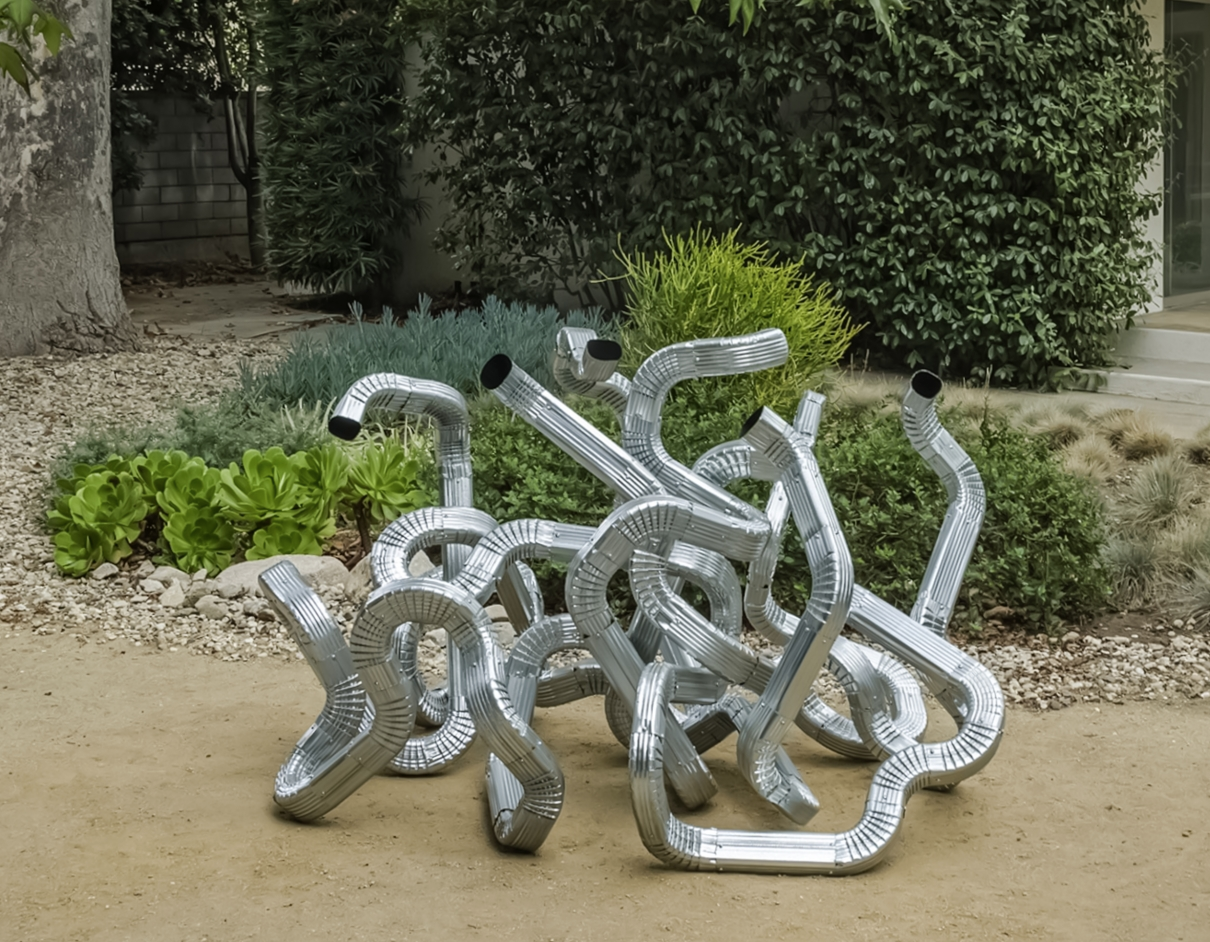 DENK Gallery
749 E Temple st
May 25, 6 PM - 8 PM — ends Jul 06, 2019
Los Angeles, CA - DENK gallery is pleased to present new works by Lynn Aldrich in O, Magnify, the artist's ï¬rst solo exhibition with DENK and her ï¬rst in Los Angeles since 2015. A conceptually motivated sculptor, Aldrich's works offer unexpected material propositions to the ordinary. Inspired by everyday household objects and "specimens" she's amassed on expeditions to local hardware stores, Aldrich's sourcing is not all that unlike a 19th-Century naturalist's penchant for in-ï¬eld collecting, but with the natural milieus transposed for LA's suburban sprawl. Deliberated and planned rather than intuited, Aldrich's transformations of lowly, even empirically worthless, materials through ingenious though minimal, low-tech means, evoke everything from natural phenomena and commercial consumerism to spiritual longing.

O, Magnify is inspired by the desire 'to see' and to know, a shared human desire that is pursued by science, philosophy, and sometimes art. Aldrich's own quasi-scientiï¬c methods produce objects and metaphors from the empirically observed with or even projections. In addition to the magniï¬cation made possible by powerful telescopes and microscopes, the exhibition title is also a nod to biblical Psalm 34:3 where "magnify" is from the Greek word to exalt, to make . Here, the restrictions of scientiï¬c discipline make room for mystery and the quest for transcendent meaning.

Aldrich's art teases out metaphors that begin with a slowed down look at natural phenomena like ï¬‚ora and fauna, rocks and water, and light and darkness in space and time. Her occasionally profound references are sometimes humorously offset by the material vernacular of middle-class, DIY culture promoted by So Cal purveyors of artiï¬ciality. In addition to , Aldrich shops in home improvement warehouses, hobby shops, and the fashion district for art supplies. O, Magnify includes works constructed from utility plastic hosing, corrugated rooï¬ng panels, ink pads and cartridges, drywall and tar felt, fake rock pet huts, and construction Sonotubes to create impactful and resonant encounters from unlikely means. This transmutation of the commonplace is the basis of Aldrich's practice - an ability to draw transcendent transformations from the of secular materials.

The exhibition will include nine new sculptural works, including a fourteen-foot Sonotube structure containing an optical environment inspired by the phenomenological theater James Turrell (b. 1943). Aptly titled Hermitage, this sculpture is meant to be entered and experienced in solitude (turn off your phones), invoking the ascetic seclusion of the Christian monastic tradition to which it refers. Other works like Crack!, made from the accumulation of several layers of hand-cut, transparent plastic rooï¬ng are unexpectedly complex, revealing the manufactured plastic's inherent material qualities with little intervention or artiï¬ce on Aldrich's part. The cracked trench coursing through its surface is an undeniable Vanitas. Other works include Start-up (after Extinction Event), a dark and distant village of miniature caves inspired by Pulitzer prize awarded novelist Cormac McCarthy's post-apocalyptic saga, The Road.

Aldrich's works quietly reveal their latent preoccupation with the imminence of eventual and ï¬nal collapse (if only that of the expanding universe), both promised by science and predicted by desert prophets, a dread percolating too beneath our observations of Earth's current ecological state. Her , once the delight of their initial discovery and surprise subsides, however, us of the fundamental longing for life, light, and transformation: the shared redemptive domains of science and faith.
Tweet
Share