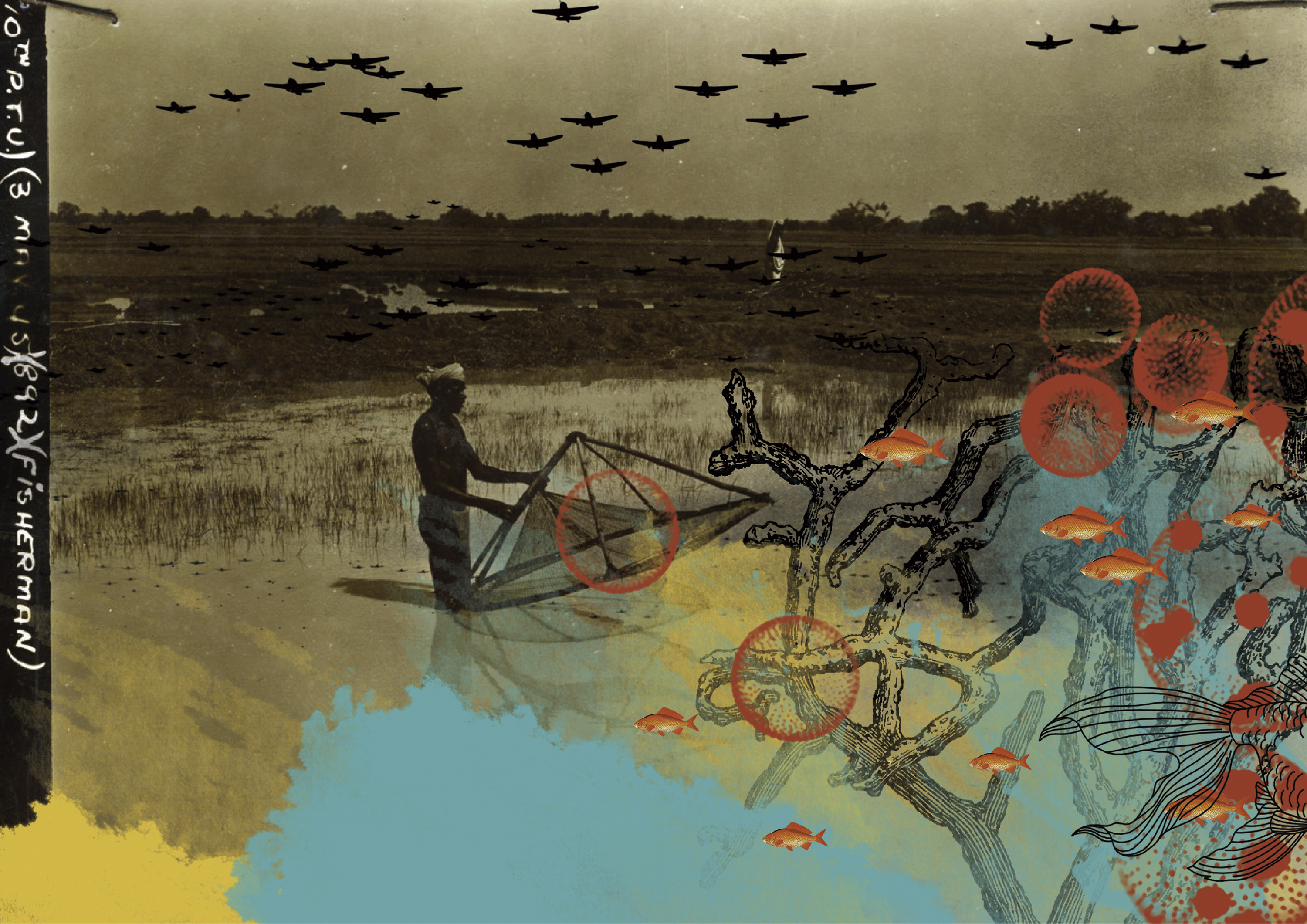 In 1945, an American soldier stationed in India took a series of photographs depicting everyday life in West Bengal. Nearly sixty years later, curators Jerri Zbiral and Alan Teller discovered the box of 127 large format negatives and prints at a Chicago-area estate sale and were struck by the sensitivity and skill evident in the images. The photographs are carefully composed and include thoughtful portraits of Bengali residents. After several years of research, the curators determined through clues in the images and handwritten notes on the photograph’s edges that the photographs were taken in West Bengal. The photographer is still unknown. After a research trip to the region, the curators decided to invite a group of Indian artists to create artworks responding to the photographs as well as make pieces of their own. The resulting exhibition, Following the Box,Â features painting, collage, film, illustration, and multimedia work. Each piece draws inspiration from the original photographs, exploring the elusive nature of memory, political and military histories, and cultural identity.Â
Tweet
Share