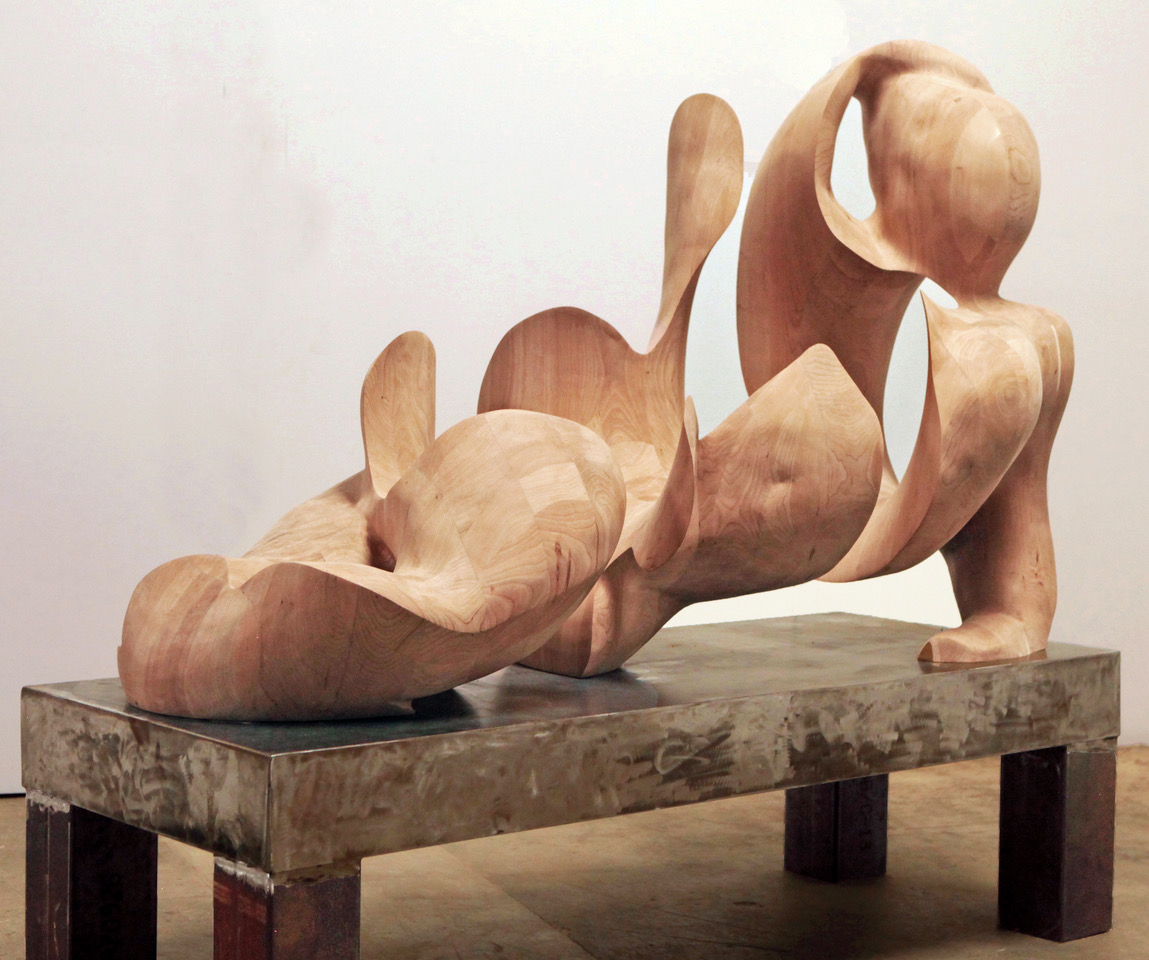 Jason Vass Gallery ✨
1452 EAST SIXTH STREET
Sep 07, 5 PM - 8 PM — ends Oct 19, 2019
JASON VASS GALLERY PRESENTS DOUGLAS TAUSIK RYDER’S "BODY LANGUAGE" EXHIBITION: Jason Vass Gallery exhibits Body Language by artist Douglas Tausik Ryder from September 7 through October 19 (1452 E. Sixth Street, Los Angeles) with an opening reception on September 7 from 5 to 8 p.m. Gallery hours Tuesday - Saturday, 11 a.m. - 6 p.m. Woodworking goes digital as Douglas Tausik Ryder’s sculptural works exist both as digital data and in dimensional forms that connect technology to tradition. Technological advancement has always been at the center of art-making but never more so than today. Through his innovative work, he ignites a dialogue about what art is now and what it will be in the future. His technology-assisted art making responds to the digital age through a pioneering creative process, which delivers expressive, crafted forms. Since the beginning of his career, Tausik Ryder has produced work that explores the limits of technology assisted art-making. The sculptures in their abstract forms negotiate a deft conversation between the biomorphic and the geometric with one figure spawning the next, delivering a formal and ever-evolving consistency. The loosely referential shapes evoke natural forms and the female body is clearly an inspiration. Depicting female forms in today’s world can be fraught however, this work is much more about female experience than the male gaze. Tausik Ryder’s large-scale Venus, with a sphere-shaped orifice cutting through its core, is at the center of the exhibition and invites people to step inside. A smaller version of this sculpture was recently installed in Grand Park in Irvine, CA. Tausik Ryder sees all these new works as “proposals” to be scaled up into large-scale public art that people can engage with, offering a meaningful experiential interaction. Gallery: http://jasonvass.com Artist: http://douglastausikryder.com