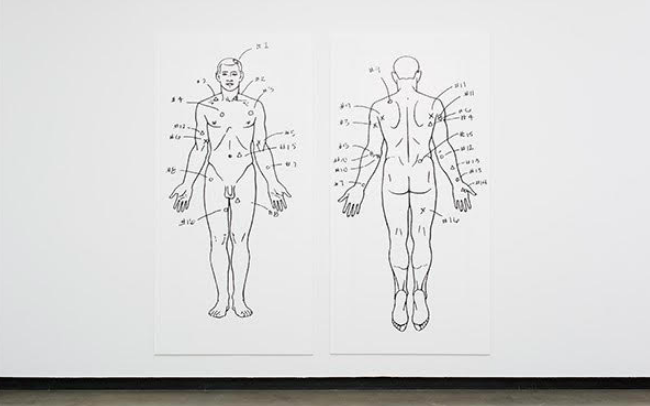 IRVINE, CA — The Beall Center for Art + Technology at University of California, Irvine (UCI) presents American Monument, an artwork by lauren woods that examines the cultural conditions under which African-Americans lose their lives to police brutality. Initially inaugurated at the University Art Museum at California State University, Long Beach in September of 2018, the monument’s production was paused there by the artist as an act of protest. Beall Center Artistic Director David Familian was present at the enactment of the pause and was moved by the work. “I am immensely proud that the Beall will now host this significant work of art,” says Familian.

American Monument is a participatory inter-media monument conceived as nomadic and continually expanding, moving across the country year-to-year, “unveiled” at universities, museums, storefronts, community centers, and churches. The Beall Center installation will be the first full iteration of the project. The artwork provides a vehicle for analyzing the complex relationship between the construction of race, material violence, structural power, and monumentality itself.

The centerpiece of American Monument, Archive I, is an interactive sound sculpture. Encountering a grid of silently spinning black and white turntables on pedestals, visitors may choose to play an acetate record of audio materials gleaned from record requests, setting the apparatus and sound in motion. Each turntable represents one police murder. The sound is heard inside the interior space where the grid is located and simultaneously displaced outside the physical architecture of the monument, into locations unknown to the viewer. Supporting the main sculpture are reflection spaces to ponder law as a culture, including Archive II, which displays documents associated with each case represented in Archive I.

The Beall launch invites scholars, lawyers, community activists, civil rights leaders, students, artists, and the general public to process and discuss issues addressed by American Monument through think-tanks and public forums. Thought production from these activities will generate expanded forms of critical engagement, which feed back into the monument. At the end of this collaborative production process in February 2020, the monument will be “unveiled” with a public symposium on February 8 to signal the completion of this iteration.

The Beall Center has welcomed project co-leaders artist lauren woods and curator/cultural producer Kimberli Meyer as researchers in residence as part of its Black Box Project. The residency has connected them with leading thinkers across disciplines at UCI, resulting in collaborations with UCI School of Law and The Center on Law, Equality and Race (CLEAR); and the departments of African American Studies, Social Ecology, Art History, and Art.

American Monument has been made possible by the generous support of the Mike Kelley Foundation for the Arts, a founding and continuing grantor to the artwork; the Andy Warhol Foundation for the Visual Arts; the University of California Humanities Research Institute; and the Beall Family Foundation.
Tweet
Share