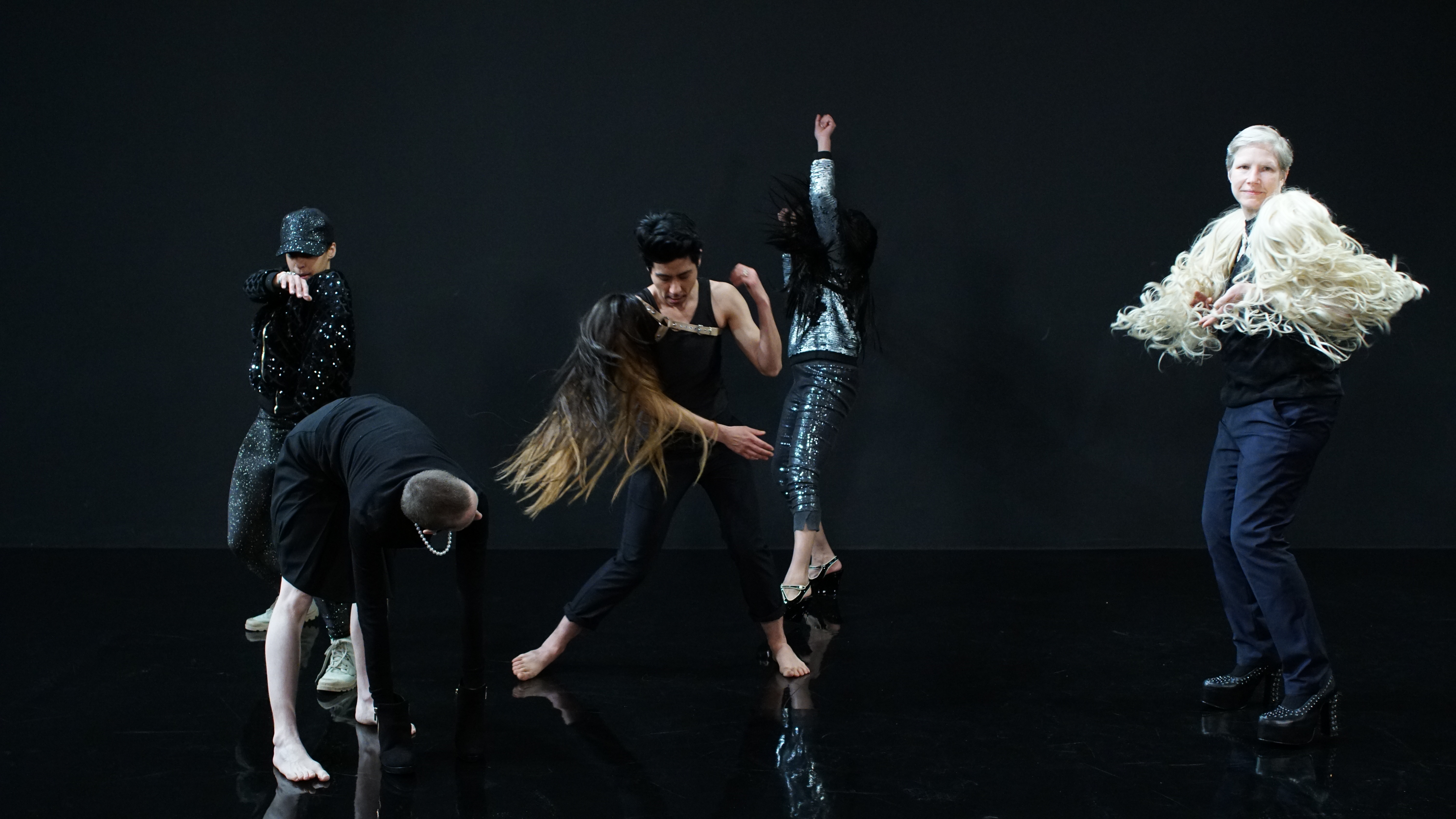 Starting with the feeling of being pushed backwards by recent reactionary back-lashes, Moving Backwards explores resistance practices, combining post-modern choreography and urban dance with guerrilla techniques and elements of queer underground culture. A film installation with five performers from diverse dance backgrounds complicates the notion of backwards movements and their temporal and spatial meaning. Parts of the walks, solos and group dances are carried out backwards, others are digitally reversed, creating doubt and ambiguities for the installation on the whole. In an environment that the artists call an abstract club, the uncanny experience of temporal and spatial insecurity is complemented by a moment of reflection on the planetary politics of Moving Backwards with letters written to the audience in a newspaper by a number of artists, choreographers, activists and scholars.

Pauline Boudry / Renate Lorenz
Pauline Boudry and Renate Lorenz have been working together in Berlin since 2007. They produce installations that choreograph the tension between visibility and opacity. Their films capture performances in front of the camera, often starting with a song, a picture, a film or a score from the near past. They upset normative historical narratives and conventions of spectatorship, as figures and actions across time are staged, layered and re-imagined. Their performers are choreographers, artists and musicians, with whom they are having a long-term conversation about the conditions of performance, the violent history of visibility, the pathologization of bodies, but also about companionship, glamour and resistance.