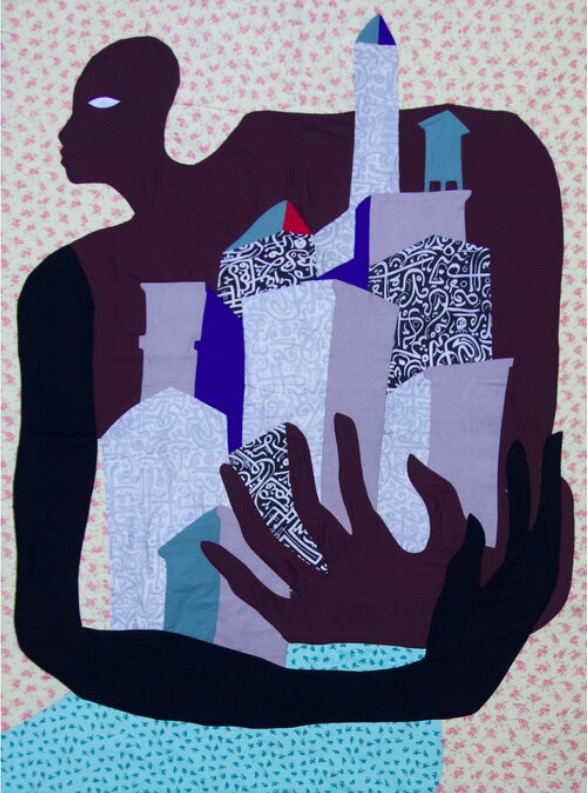 Fort Gansevoort
4859 Fountain Avenue Los Angeles, CA, 90029
Dec 14, 6 PM - 8 PM — ends Feb 08, 2020
Fort Gansevoort is pleased to announce Drapetomania, the gallery’s first exhibition in
Los Angeles, presenting new works by critically admired author and playwright,
Christopher Myers (b. New York City, 1974). Comprising monumental textile works and
sculptures, the exhibition will explore ways in which cherished narratives of freedom are
constituted by converse notions of bondage. The exhibition takes its title from a
debunked pseudoscientific theory of mental illness promulgated by American physician
Samuel Cartwright in 1851, describing a form of mania – an irrational desire to flee – that
caused enslaved Africans to attempt escape.
In a recent visit to a juvenile detention facility in Texas, Myers asked an incarcerated 13-year-old girl what she wanted after
she was released. She replied, “Same as everyone wants, just y’know, to live my life and be free.”
Myers has been visiting juvenile detention centers for the past 15 years, as an author and illustrator whose work for young
people has garnered acclaim. He has been thinking a lot about children like this one and the countless other young people
he has met behind bars. The United States currently imprisons an excess of 50,000 children, all with the same dreams of
freedom that have been fed to them by a culture obsessed with the signifiers of liberty and bondage; that echo in
contemporary debates, from civil rights to gun rights. Such topics have become the subject of Christopher Myers’ appliqué
quilt work. Every Temporary Hero depicts the recent surge of tearing down confederate monuments on a global scale.
Included in the group of monuments within the piece are Saddam Hussein, Cecil Rhodes, and Vladimir Lenin. All of these
conversations are framed around a foundational myth of freedom, which carries with it the shadow of bondage. Slavery, the
displacement of indigenous peoples, colonialism, gender oppression, the children in jail today – all of these histories play
out against a consistent dialogue around freedom. Myers’ appliqué quilt works each touch on one or more of these topics
on a global scale, their imagery and size depicting this international range. How to Name a Famine, a Fire, a Flood illustrates
the many results of the climate crisis throughout the world, highlighting the growing effects on marginalized and
impoverished communities. In this piece, Myers reflects on how these crises will live on within the collective memory.
Tweet
Share