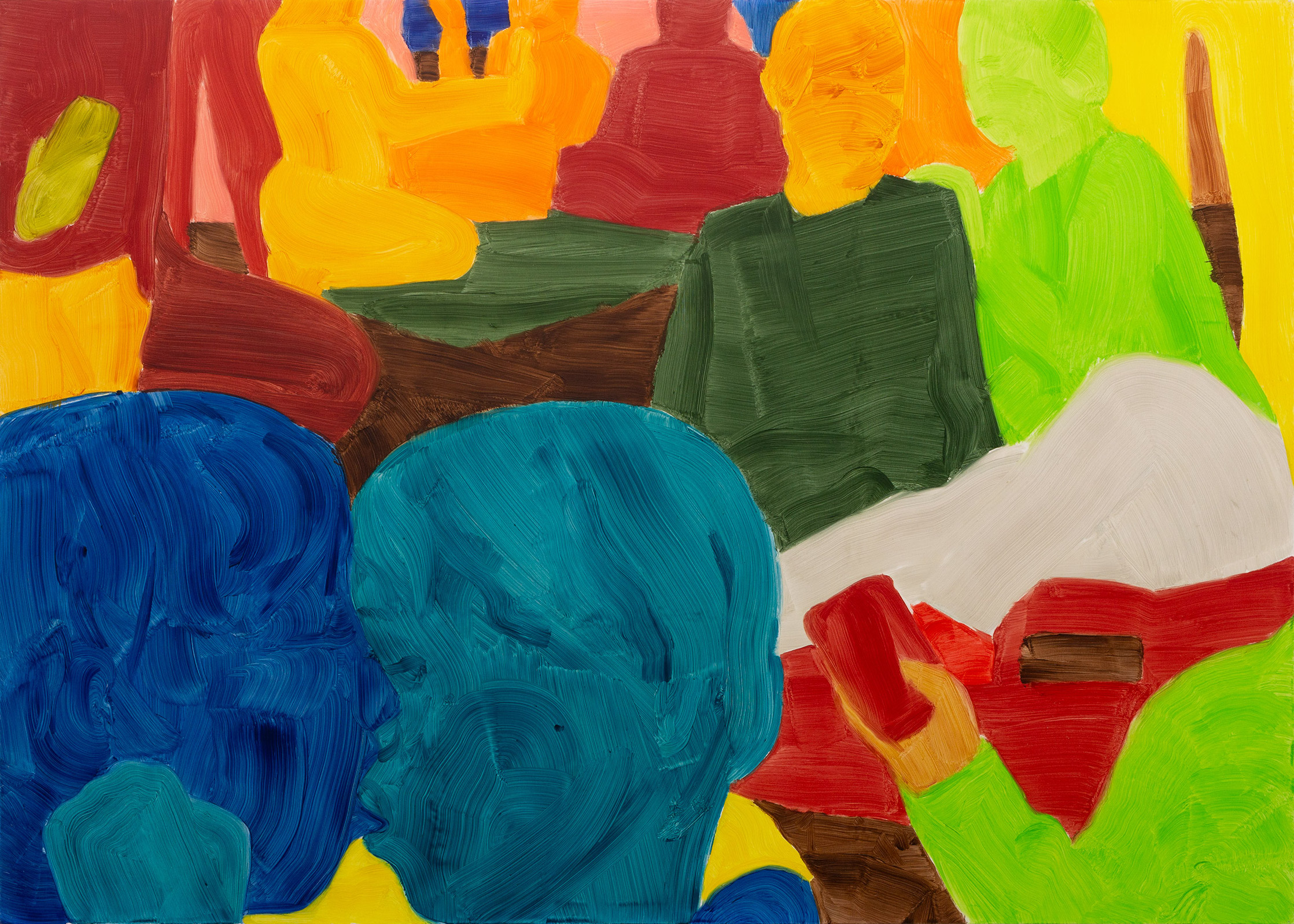 Nicodim Gallery
1700 S Santa Fe Avenue, #160, Los Angeles 90021
Dec 14, 4 PM - 7 PM — ends Feb 01, 2020
Offset, shifted colors meet, but never mix within Philipp Kremer’s elephantine canvases. They present themselves as abstractions at first. The brushstrokes are bold and purposeful in their execution, but no color-filled expanse amounts to negative space; there is a place and a reason for every erect flourish, every neon finger of color penetrating another field. Kremer creates a decisive ambiguity, an awkward, yet familiar relationship between his clearly delineated shapes. They’re connecting, touching, much as lovers do. It’s pleasing to look at, maybe even a little horny. Wait, is that a dick?

Enter the Green World of 'Philipp Kremer: With Lovers', see what’s behind the green door. With Kremer’s equal treatment of background and foreground, figures and surroundings, the two-dimensional, figurative orgies and sex scenes that emerge from his abstract forests of color lack the hierarchies traditionally associated both with their palettes and the configurations of the subjects depicted within. Save for their anotomical swords and houses, the figures and hues are largely genderless, and treated with the same zealous deference as the furniture on which they’re fucking. From Kremer’s perspective, the viewer is just as voyeuristic of the doorway as she is of the fingercuffing that takes place in front of it. In this way, his compositions are not pleasant escapism, but rather an accurate visualization of the world—not in the least, the world of desire—a more genuine existence to which we should all aspire.
Tweet
Share