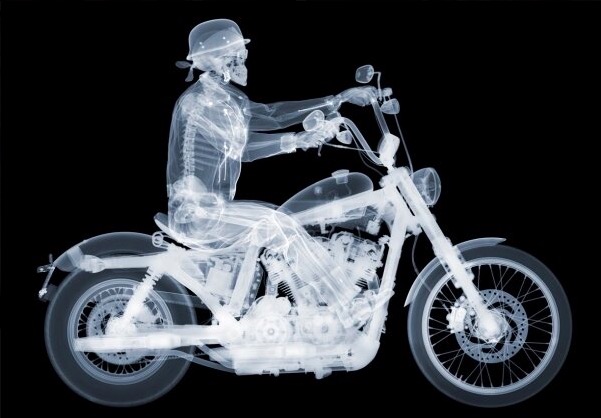 The obsession with Death has always been a fundamental pivot for much of art throughout history and across geographical boundaries. As Western contemporary culture moved into a period of youth sub-cultures in the mid-1950s the skull took on various signifiers for myriad groups and has continued to maintain that tradition with greasers, punks, contemporary skaters, and others making use of the skull as a motif.

This exhibition focuses on the ubiquitous human skull and sub-cultural expression of ‘the American Dream’, with a particular focus on the motorcycle world lifestyle, as its participants have one of the largest mortality rates amongst these sub-cultures. DEATH CULT explores the link between the sub-cultural yearnings for freedom expressed through the motorcycle, its movies, its tropes, and the vanitas nature of skull related art works – a reminder of our own mortality, memento mori.

A touring show of 2D works by 200+ artists, from 21+ countries, conceived and organized by Marcus Sendlinger (Germany) that has been travelling through the world since 2010.

The title was inspired by the paintings of the Swiss artist Johann-Heinrich Füssli (1741 Zurich - 1825 London) who painted different versions of Incubus (Nachtmahr). Inspired by ghost stories, Füssli made the world of dreams and visions the subject of his paintings. This exhibition reflects on various artistic, social and cultural circumstances individually concerning nightmares - and each artists’ interpretation or reflection in drawing, collage, photography or works on paper.

The 200+ artists invited to contribute to this exhibition have been asked to only submit works which they have had a direct hand in creating, so physical contact and mark making on the surface of the material is implied in a manner akin to the scryer, an ‘automatic writer’, a pyromancer’s stirring of the hot embers, an ectoplasmic medium – the hand that re-creates the subconscious wanderings of its owner.
Tweet
Share