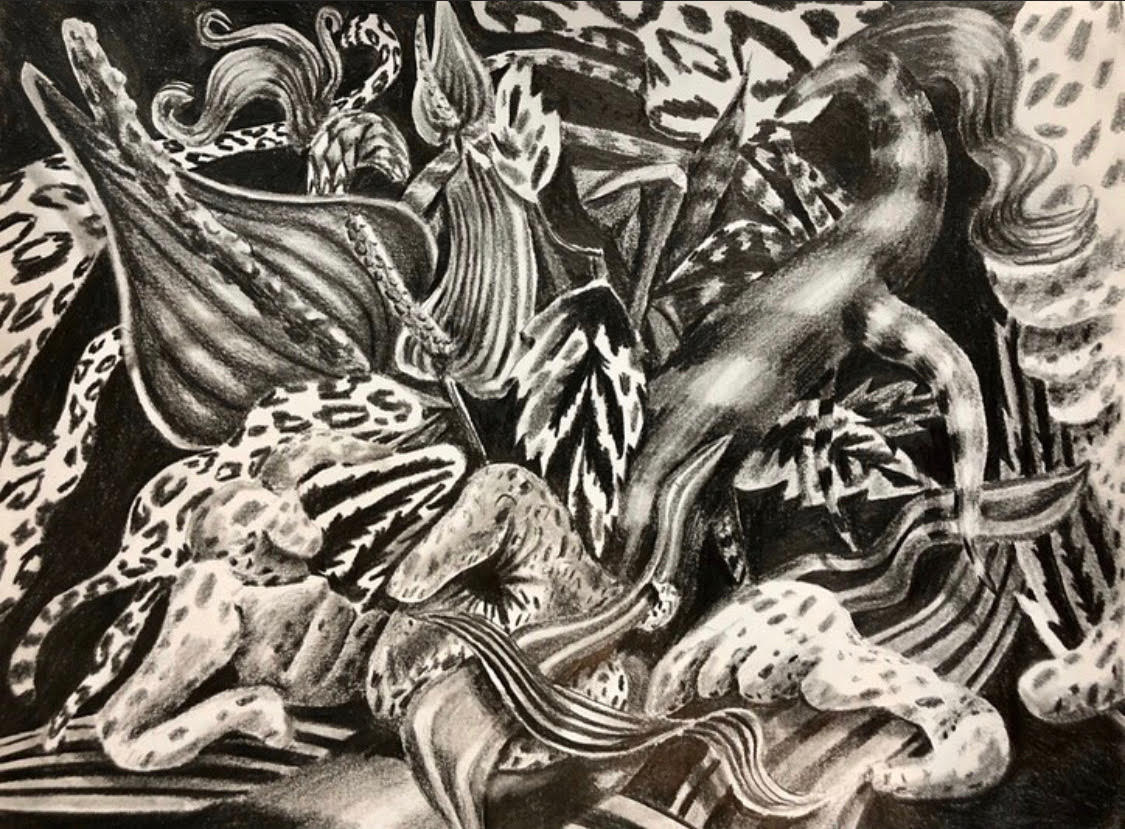 Wonzimer ✨
621 S Olive Street Los Angeles, CA 90014
Jan 17, 7 PM - 9 PM — ends Feb 07, 2020
For Wonzimer’s first show in their new space, the gallery is pleased to present Hungry Dog // Chopped Liver, a group show of primarily emerging artists. Both Wonzimer and many of the artists’ arrival on the Los Angeles art scene coincides with the city’s ongoing artistic blooming. It is in this context that the show takes its name.

Upon first glance, the show’s title, Hungry Dog // Chopped Liver, presents as a dialectic; however, as one begins to parse out the two phrases: the first coming from the maxim “hungry dogs run faster” and the second from the rhetorical question “what am I, chopped liver?” the relationship between the two becomes murkier. These expressions are not so much in opposition to each other as they are two sides of the same coin, two means to the same end. A hungry dog runs faster when promised or rather, taunted, with the possibility of food. To be the chopped liver in that Yiddish-esque turn of phrase is to be excluded, brushed aside. While the “dog” is compelled by a desire to reach some goal, the “I” of the latter expression is driven out of a fear of being left out. What the subjects of these expressions then share is a vulnerability in their explicit pursuit of recognition and inclusion, a vulnerability that can be all to easily exploited by the hierarchy of the “Artworld.”

Amidst the institutionalization and formalization of the Los Angeles art community, the artists in this show are expressing their vulnerability simply by supporting one another in an increasingly cutthroat art scene. In an art world that incentivizes competition and backstabbing among young artists, like a dog eating chopped liver, Hungry Dog // Chopped Liver instead displays a sense of unity and mutual encouragement.

Just as Los Angeles continues straddling the line between its identity as a vibrant, laid-back phantasmagoria and embracing its increasing prominence as a hub for the international movers and shakers of the art world, the exhibition alludes to a similar tension for the artists themselves and in that sense, the timing could not be more perfect.