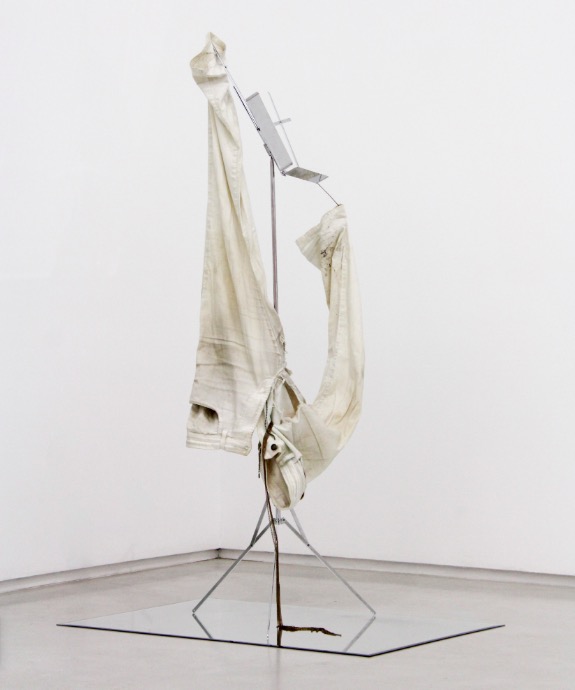 This exhibition will present a series of sculptures, photographs and two new films by the artist that explore the relationship between fashion-exploitation and contemporary culture. Mass produced ready-made objects, staged garments and elements of glamour are configured into sculptures that mimic human proportions and poses. Ojo illustrates the absurdity of the contemporary condition by joining these elements together to demonstrate the complexities of today’s fashion industry and image obsessed culture.

Inspired by Hollywood and following the logic of the stage to screen adaptation, Ojo extends this transference one step further, into an exhibition format. For this exhibition, Ojo considers two Hollywood films incidentally starring Drew Barrymore: the 1999 romantic comedy, Never Been Kissed and the 2003 action comedy Charlie’s Angels: Full Throttle—the sequel to the 2000 release of Charlie’s Angels which was a continuation of the 1976 television series of the same name.

In addition to a series of sculptures that recall the world of espionage, Ojo continues to examine visual and cinematic tropes in a new film shot and directed by the artist that touches on his personal connection to the city of Brussels. While playing on this personal narrative through film, he expands even further by exhibiting sculptures inspired by the film Breakfast at Tiffany’s, famously starring Audrey Hepburn who was born in Ixelles, Belgium. The exhibition opens on Valentine’s Day.