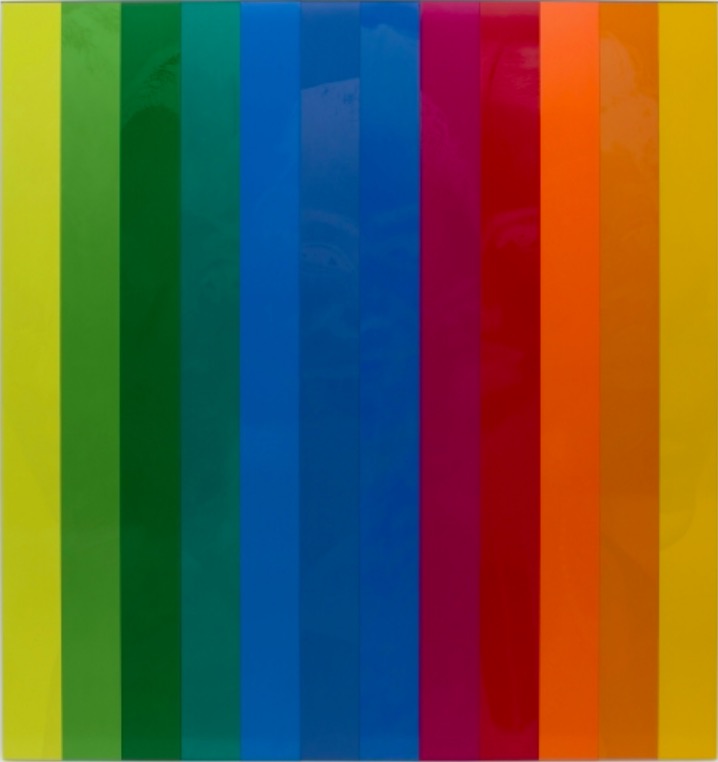 Using color theory and screen color calibration charts as an aesthetic starting point, Thomas re-examines the language surrounding “color correction” and “white balance” in order to demonstrate the charged language of color, particularly around the time of desegregation and the proliferation of Technicolor in America.

“Driving through the hot desert in the 1950’s from Blythe to Phoenix via Highway 60 always yielded interesting sites and experiences. Inevitably our car would heat up requiring a stop at a Quartzsite gas station to pour water down the radiator. These gas stations always featured some sort of tourist attraction which for a quarter allowed you to view desert fauna, maybe a giant Gila Monster or a garden with cacti, crystals geodes and postcards for sale. The postcards cost 5 cents and allowed communication with the world beyond. To the point: in the heat of 110 degrees these stops appeared as mirages to me, you know, those that inspire the imagination.”

Sonoran Desert: Flora, Fauna, Artifacts acts as an ethnographic study into the region that encompasses Northwest Mexico and Southwestern United States. It’s the land from which Guerrero’s family came and where he lived as a youth. Subsequently it is also the landscape that has inspired his artistic thinking, often directly related to the indigenous people of the area.