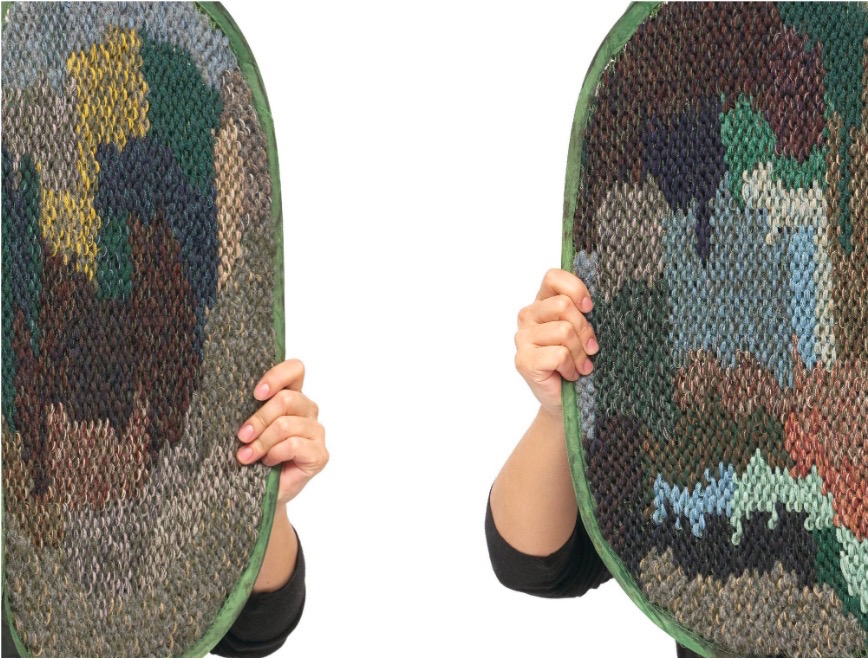 Commonwealth & Council
3006 W 7th St #220 Los Angeles CA 90005
Jan 25, 4 PM - 6 PM — ends Mar 07, 2020
A face in the mirror: no simpler reflection of a life. A book can tender a portrait similarly, through a history assembled from fragmentary accounts and keepsakes, stories remembered and handed down. Perhaps there is a photograph, but this too is a shard. In face, presented at Commonwealth and Council, Suki Seokyeong Kang meditates on embodied time and what remains of a life—the inherited yet unencountered past, salvaged or created, transposed across time and space.

Tender Meander #19-04 and Jeong—mat #18-01 comprise assemblages of several units, called jeong after the rhythmic divisions of jeongganbo, a music notation system developed during the Korean Joseon dynasty (1392-1897), in which notes written in squares form grid-like compositions. Like measures in a jeongganbo score, Kang’s units, whether woven mats or steel cylinders, accumulate into large-scale compositions defined by the organization of their component parts. Yet this modularity is always provisional, a precarious arrival at one of several possibilities to render cairns to be dismantled and reassembled.

Kang’s assemblages yield layers, manifest in a stack of wooden frames, steel lattices enclosing a woven reed mat (Hwamunseok), or a tight grid of lines and squares set into a porthole, entangled with spidery threads. These strata suggest the warp and weft of perception—memories, experiences, figments, and inferences interlacing to make up what we “know.”

A coda to Kang’s body of work exploring the physical, visual, and psychic legacy of her grandparents, face tempts with momentary references and allusions and just as capriciously renders them opaque. Circled Stairs 1-1 #03 distills Kang’s memories of her beloved grandmother in geometric abstraction with arcs recalling the curvature of a back bowed by a war-riven life. Meanwhile, a photo-portrait of Kang’s grandfather, its front side averted as though he himself were turning his back on us, imparts a synecdoche of a family member who passed before Kang was born, leaving only this anonymous impression and her father’s nostalgic accounts from which to piece together his past. Kang’s idiosyncratic logic parses instincts and impressions, yet the oddly banal homespun vestiges of human existence, both personal and generic at once, persist and accrue like so many whispers out of time.
Tweet
Share