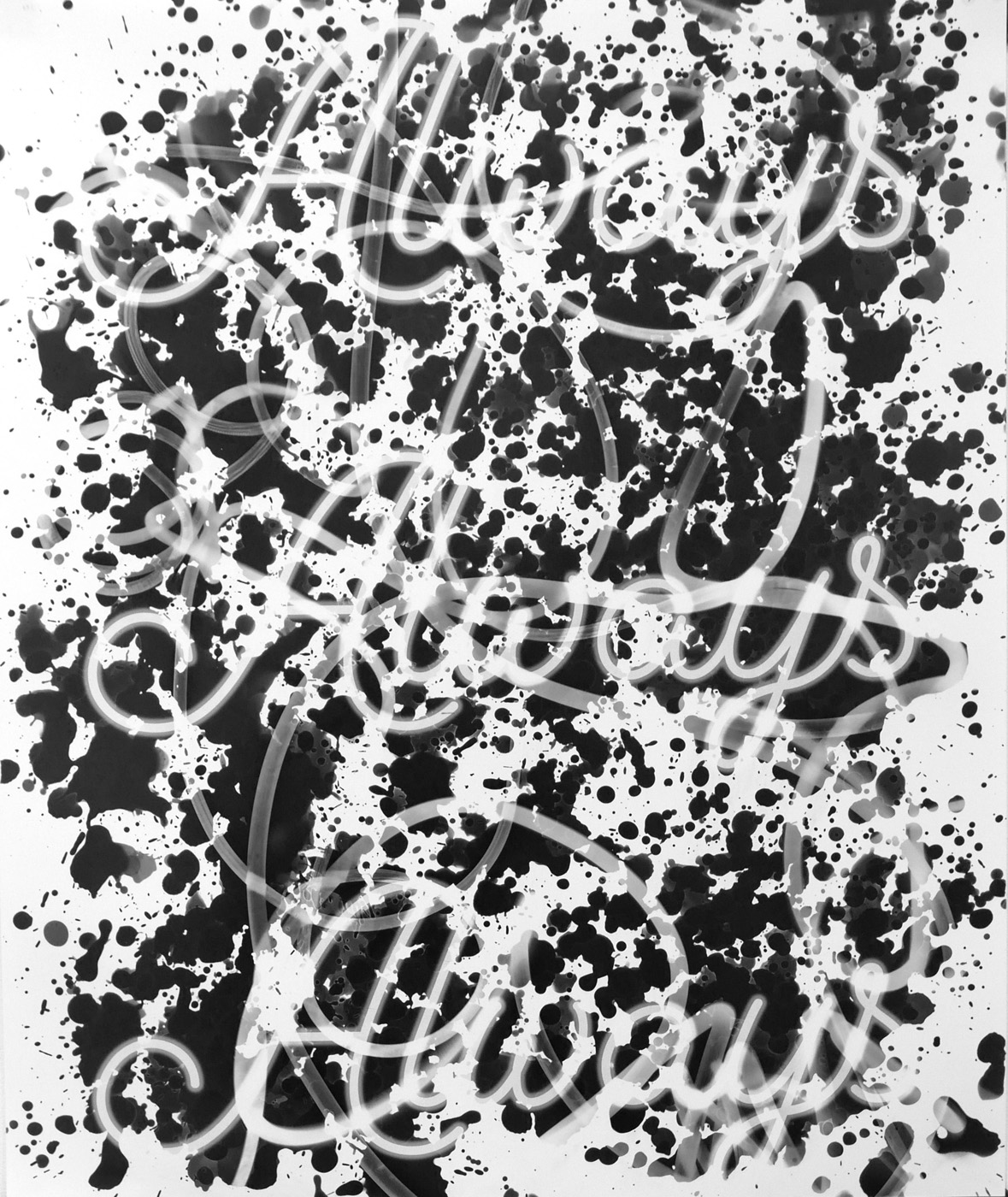 Diane, you asked me to make you a show, and I said yes, knowing that the timeline would force the kind of ejaculatory production schedule under the circumstances of which the mind can’t fool the instinct. I’m reminded as I make this work of the show I curated for you a few years ago, "Unsparing Quality," which ostensibly traced surrealist routes into contemporary practice, but a corollary of which became the body. Hair, tongues, beards: I remember these parts, revealed by artists parsing their psychologies.

A lot’s been on my mind this year, and I have been making some work to process my relationship to political realities through my body, but the opportunity your space affords is more personal. As you know, my father died last year, and I was very involved in his care, from the moment I arrived back in California after my Fulbright in Russia and transferred my stem cells to him until the moment I jumped into his lap and he died. I drove up and down the Pacific from San Diego, where I had begun to teach, to Los Angeles, listening to music and preparing myself for the vicissitudes of life and death and everything in between. There was something of the savior complex in this, but also something that I’ve now had the chance to work out in the studio: moments that appear still to me photographically for which there is no photograph, truths for which there’s no document, and a body for which there’s no longer any referent.

You know your gallery is set up like a church? Its nave and chapels invite me to unpack some of my experiences in the transreligious language of my family and the transdisciplinary language of my practice. We are Muslim, Jewish, and Christian, and I work on photography in a performative, sculptural, and graphic field. My travels over the last few years have taken me to every village from which my grandparents emigrated, and I bring to this show the memory of kissing Orthodox icons into which thousands of visitors have whispered prayers, the experience of standing behind the Hagia Sophia’s calligraphic roundels and thinking at once of how the architects had managed to hang them and of how badly I used to pronounce the fatihah. In Kiev, visiting Babi Yar, I thought of how the place itself was more of a monument to the Jews murdered there as my grandfather fled than could be any statue. In fact, the land at Babi Yar was to me a photograph: a drawing in light on land pierced by the specificity of what happened there.

Nothing I’m going to give you would easily be categorized as a photograph, but it’s all photographic. It’s all light burned into lens, and essentially relational: how a drive - literal and psychoanalytical - can tell more of a story than I know I have. Basquiat said he crossed out words so people would see them more, and there’s as much obscurity in this work as there is revelation. I promise you it isn’t a show about my dad, or about death, or about the line between reality and its mirrors of memory, vision, and dream. It’s no more an allegory of the cave than is my work usually. Still, those things gave me permission to work the way I am doing, as have you. Thanks. There’s no other time to do this, and indeed one thing I know better now than I did before is that surrender is the shortest prayer. Fuck it. Let’s go.

FARRAH KARAPETIAN (USA, b. 1978) is an artist who works with experimental photography in a sculptural and increasingly relational field. Her methods incorporate sculptural and performative means of achieving imagery that refigures the medium of photography around bodily experience. She has upcoming exhibitions at the Wende Museum, Los Angeles (2020) and Eastman House, Rochester, NY (2022). Recent exhibitions include "The Fabric of Felicity," (Garage Museum of Contemporary Art) (2018); "Synthesize," MOCA Jacksonville (2017); "Light Play: Experiments in Photography, 1970 to the Present," Los Angeles County Museum of Art (2017); "A Matter of Memory," George Eastman Museum, Rochester, NY (2016); "The Surface of Things," Houston Center for Photography (2016); and "About Time: Photography in a Moment of Change," SFMOMA, San Francisco, CA (2016). She curated "Unsparing Quality" (2014) at Diane Rosenstein Gallery, and has had solo exhibitions with Von Lintel Gallery, Los Angeles and Danziger Gallery, NY. Her work is in the collection of the J. Paul Getty Museum, Los Angeles, CA, LACMA, San Francisco Museum of Modern Art (SFMOMA), and the Columbus Museum of Art (CMA), Columbus, OH. She was in residence in St. Petersburg, Russia as a Fulbright U.S. Scholar (2018) and received a grant from the Pollock-Krasner Foundation (2017). Ms. Karapetian received her BA from Yale University (2000) and her MFA from the University of California, Los Angeles (2008). The artist lives and works in Los Angeles.
Tweet
Share