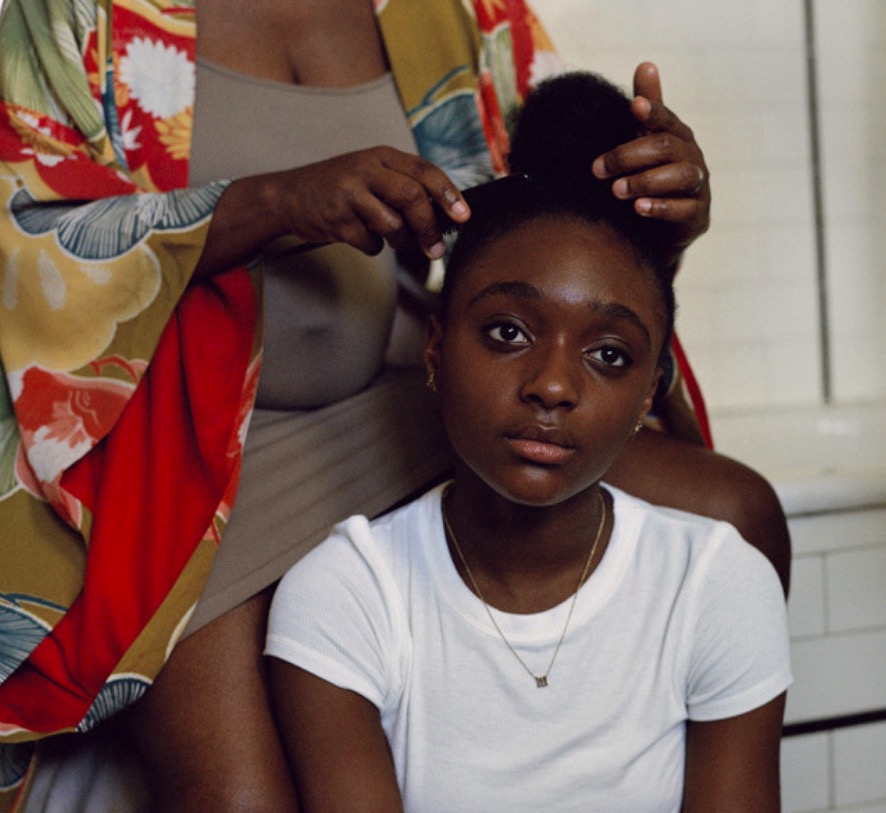 HVW8 Gallery is pleased to present RITUALS, a series of portrait photographs and film vignettes focused on black family life. The artists use the respected medium to explore blood family, chosen relationships, and rituals that preserve the importance of our nature and portray a harmonious and positive image of black families. Drawing inspiration on the subjects of family bond, self image and one’s own outer reflection, the artists will show a set of 16 portrait photographs and a trilogy of film vignettes set to a score of original music by artist Kelsey Lu.

RITUALS was filmed and photographed in Hancock Park inside the family home of Dolores and Ben Kerr; a maverick renaissance woman and engineer who have called this Los Angeles neighborhood home for over 40 years. Dolores makes appearances throughout the vignettes as the family matriarch – celebrating her life passion for opera in a film vignette called Recital. Brandi Sellars Jackson, her son Jax and husband Jon, alongside actor Millian Butler and nine year old competitive swimmer Alexa Grant, each reflect on their own physical image and connection to family as part of a visual narrative tackling lineage, tradition and dedication. Debah and Jarvis chose to cast a real family alongside other talent creating a new family structure and bond. RITUALS is dynamic, layered and richly atmospheric – meant not only to tell a story but also to stir emotion.

Shaniqwa Jarvis is an artist working in fashion and portraiture. She has released a range of creative products and worked with companies such as Nike, Fear of God, SNS, The North Face and Supreme. In 2017, she co created Social Studies, an experiential retail pop-up that focuses on connecting youth to creators through curated experiential programming including performances, talks, and workshops. Her first book, Shaniqwa Jarvis, published in 2017, combines editorial and personal work spanning two decades.

Rajendra Debah is a filmmaker and artist. He’s written and directed visuals for Lee Fields, George Clinton, Barrington Levy and has worked on commercial projects for brands such as LVMH, Converse and Timberland. His work explores identities of Caribbean culture and bridging his own relation to America and Europe as a first generation West Indian. He is currently in pre-production for a short film based on the work of British author V.S. Naipaul and preparing a documentary on Jamaican artist Super Cat.
Tweet
Share