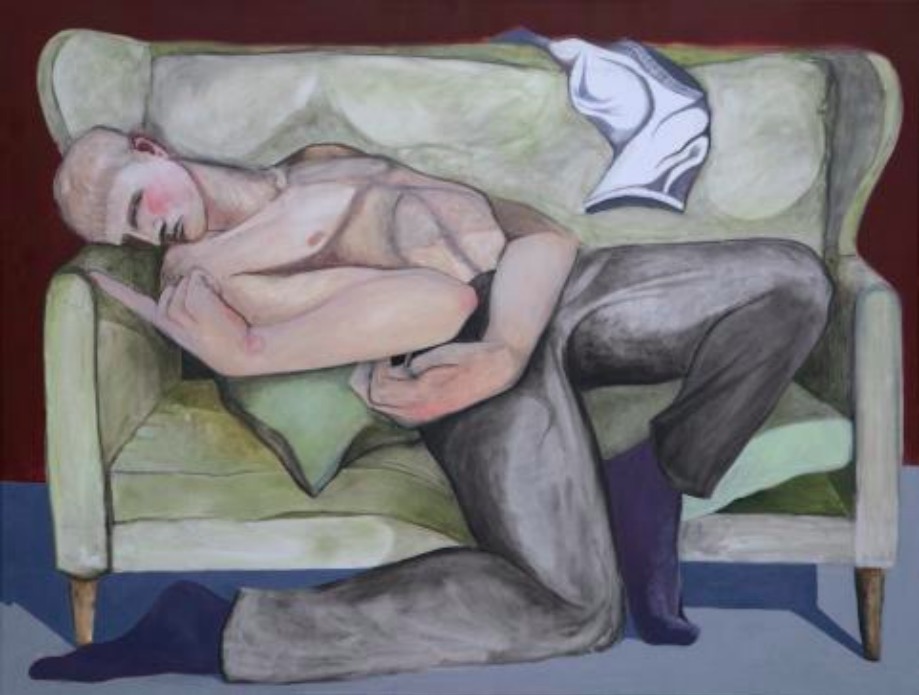 ltd los angeles
1119 La Brea Ave, Los Angeles, CA 90019
Feb 09, 1 PM - 3 PM — ends Mar 14, 2020
ltd los angeles is pleased to present an exhibition by London-based artist William Brickel, featuring six new watercolors and four new oil paintings on canvas, the artist’s first foray into the medium. The human figure is a recurrent and central concern in Brickel’s practice, providing a means to examine the contemporary status of the self, the other, and how the two may exist together.

The outlook is dark and brooding. Lethargy, alienation, and isolation characterize his scenes and the figures that populate them. They gaze away from the center toward the edge of the picture plane, longing for someone beyond the immediate companion and for somewhere beyond a cramped surroundings.There is always a physical relationship at play, but emotionally his figures feel absent and withheld from each other and themselves. Heads are turned to the side, presented in profile in a powerful evocation of interiority, self-possession, an intellectual and emotional wrangling. Combined with the warped, contorted bodies the artist’s works stand like secularized, solipsistic visions of Jacob wrestling with the angel.

Nevertheless Brickel offers a lusciousness and delicacy within his work that expresses a deep care for and a joy in making. From the highly articulated hands and feet, to the contoured faces, harsh eyes, and muscular bodies, the figures have an allure that makes a viewer want to care in kind. Like Michelangelo’s David, a significant presence exists elsewhere: off-camera, off-screen, off-paper, just out of frame. Andas in that work, here human hands are larger than normal hands, anatomically incorrect. Their large fingers stretch beyond normalcy, yearning for human touch.

Backgrounds remain vague, suggestive, rather than definitive and explicit. The suggestion of an interior space lends both a breadth and uncertainty to the work. This could be you, this could be your neighbor,this could be anyone. Against solid-colored walls, the artist demonstrates a careful attention to the patterns of fabrics and the textured gradations of light on upholstery.
Tweet
Share