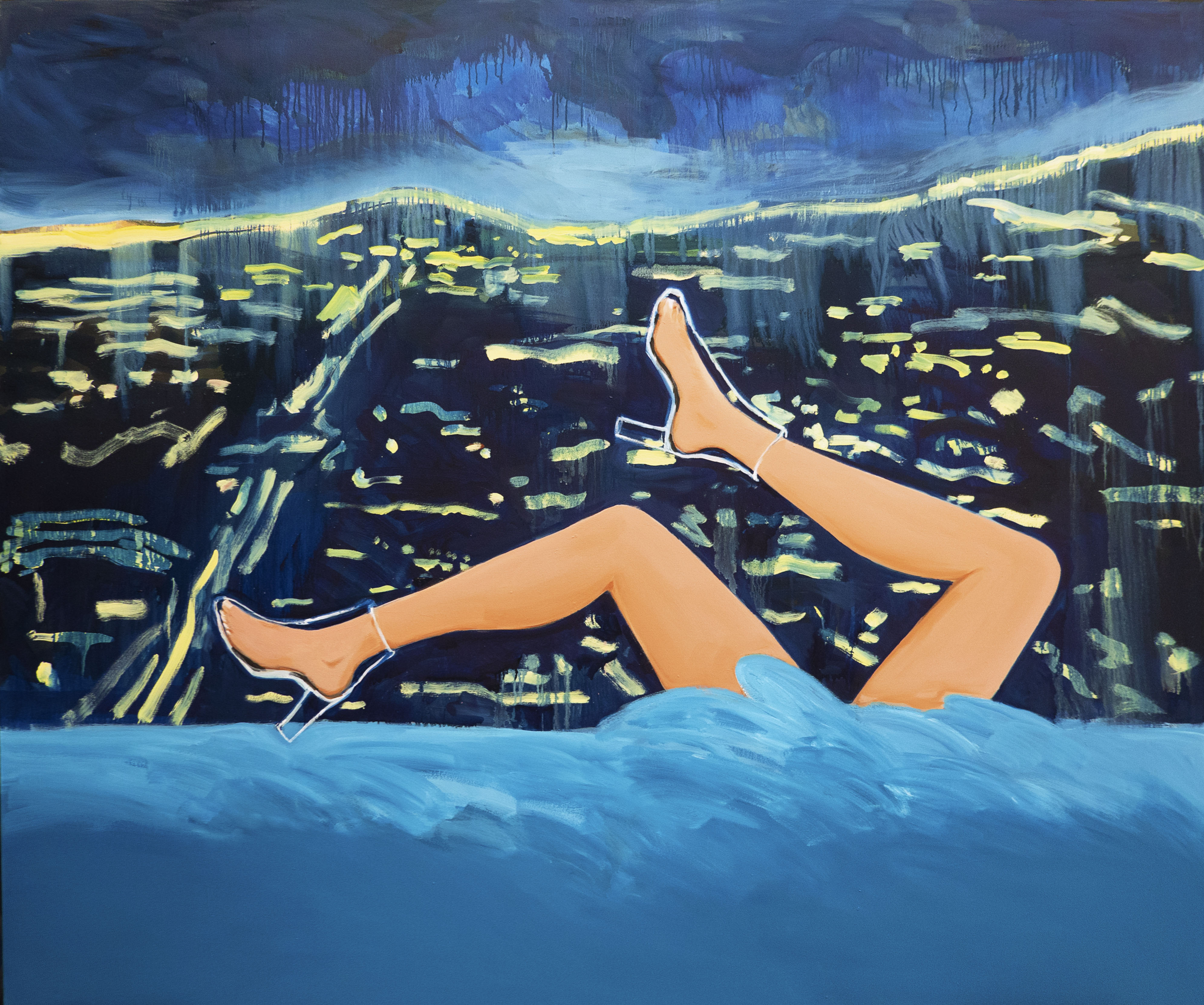 Becky Kolsrud: As Above, So Below

The scenes in these paintings build upon tales of the city — Los Angeles mytholo-gies. And the point of origin is water or a lack thereof. For those who live here, life depends on water piped in from distant sources. The city holds to its verdant image, while violent fires burn across the landscape. These works embody that ambivalence with oneiric beauty.

The triptych As Above, So Below, has a circular composition with three vignettes sitting under an inferno horizon. In one panel, a depiction of a woman holds a disembodied male head; in another, a pink skull sits below a female head emerg-ing from a lake—a memento more of sorts. The third panel shows a bisected fig-ure - posed like a collapsed marionette as well as the Black Dahlia murder victim, one of Los Angeles’ most iconic and surreal true crime stories. This work con-flates the personal with a bricolage history of Western painting.

Two other paintings depict female legs emerging from water. In Inscape (Double Wave), the legs stand upright engulfed in a splashy blue wave. The sub-ject of the painting is both inside and outside of the water. The wall of blue func-tions as a theatrical curtain, displaying the figure while simultaneously dismem-bering it. In Legs in Franklin Hills, a watery backdrop of Hollywood Boulevard at night evokes Roman Polanski’s observation that “Los Angeles is the most beauti-ful city in the world, as long as seen at night and from a distance.”

Three Graces as Mannequins hangs above an installation of feet in clear heeled boots. The painting has two distinct references: the Marble Statue Group of the Three Graces, from the second century A.D., and store display mannequins. The nudes here appear to be a form of allegory, both representing “Charm, Grace and Beauty” as in the Greek Charites and the body as an allegory for modern retail. Below the painting sits an assortment of crudely formed ceramic feet with red toenails in clear plastic boots. These “reliquaries” of beauty are grotesque, frag-mented, and autonomous, where no equal pairs exist.