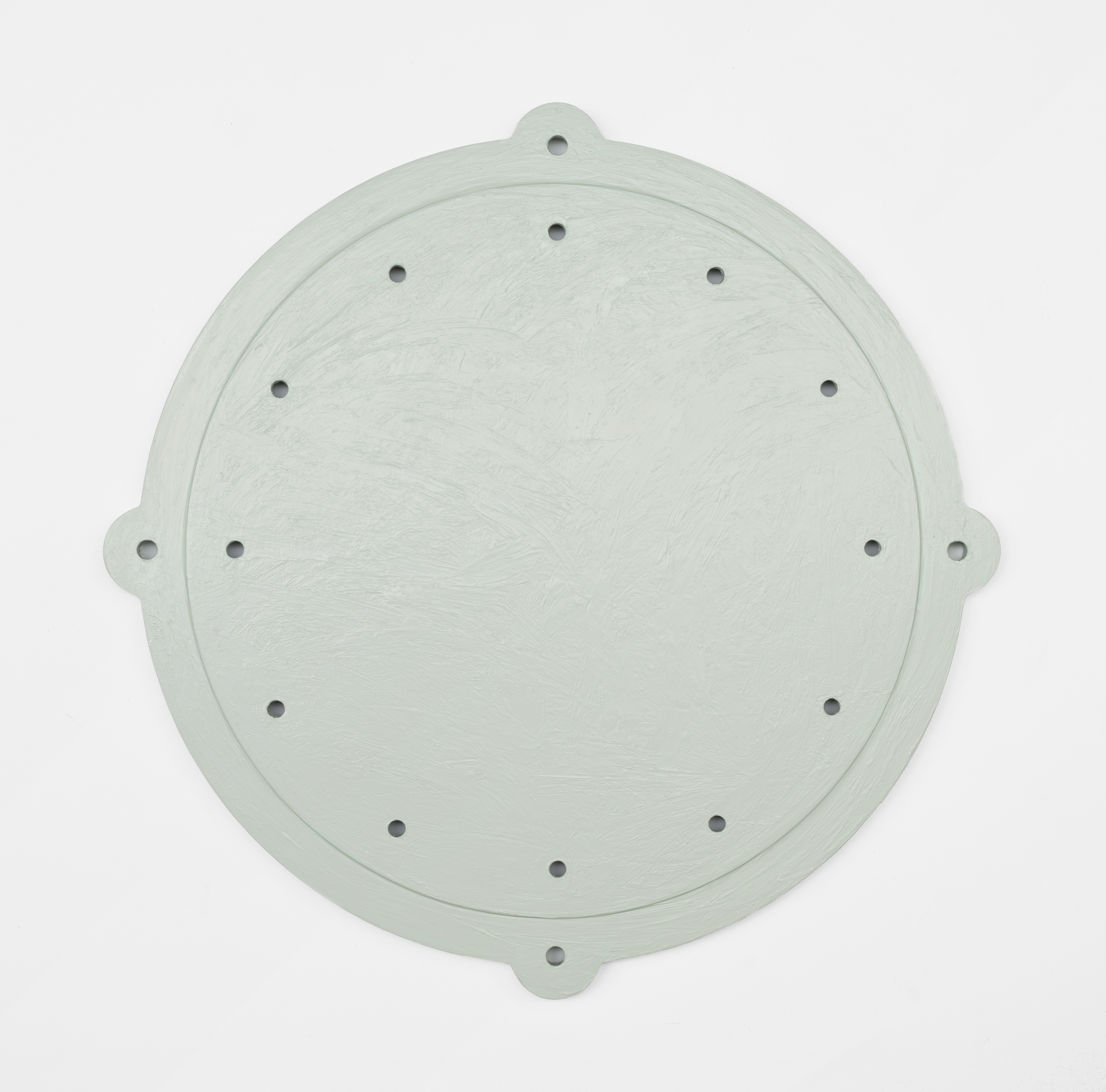 Michael Rey describes his artwork as drawing and sculptural wall works. He begins with a practice of automatic drawings—an open-ended method developed in the early 20th Century. “The drawing is a very intuitive process for me, I usually try to conjure up a shape from a blank page in my sketchbook. Sometimes I'll draw different shapes on the same page to play one off another; I'll try to Frankenstein different parts of shapes on the same page. Sometimes I'll draw just one shape on a page and that's it. I make an effort to keep the process as spontaneous as possible, so I stick with first intuitions and try to avoid revision...After that, it’s a question of realizing these drawings as painted reliefs. Here too, I try to keep the process intuitive, letting myself be guided by the tactility of the materials.”

This instinctive process results in objects that seem familiar, yet unrecognizable. Rey is interested in art as a place of tension and welcomes viewers’ psychological engagement with the work, whatever associations they may bring. He is interested in the human need to rationalize the inexplicable, the ability to ascribe features to abstraction. By design, Rey’s shapes can be seen as organic, mechanical, primordial, and futuristic at all once.

With these anthropomorphic forms, Michael Rey offers engaging textures as another tangible entry point for viewers. “Tactility is important in my work because it has a mesmerizing quality and phenomenological allure that is demanding of the viewer's eye. The tactile requires sustained attention that is outside of the logic of language via the symbolic order. One of the reasons I was drawn to using plasticine in my earlier works was because it was the only material I found that could produce the fragility and impermanence of the surface quality I was going for. These newer works are painted solely with oil paint, and like the earlier works, I have applied the paint to the panel with my hands similarly to the way I applied the plasticine. I feel that the newer and older works come from the same place from my interest in tactility.”