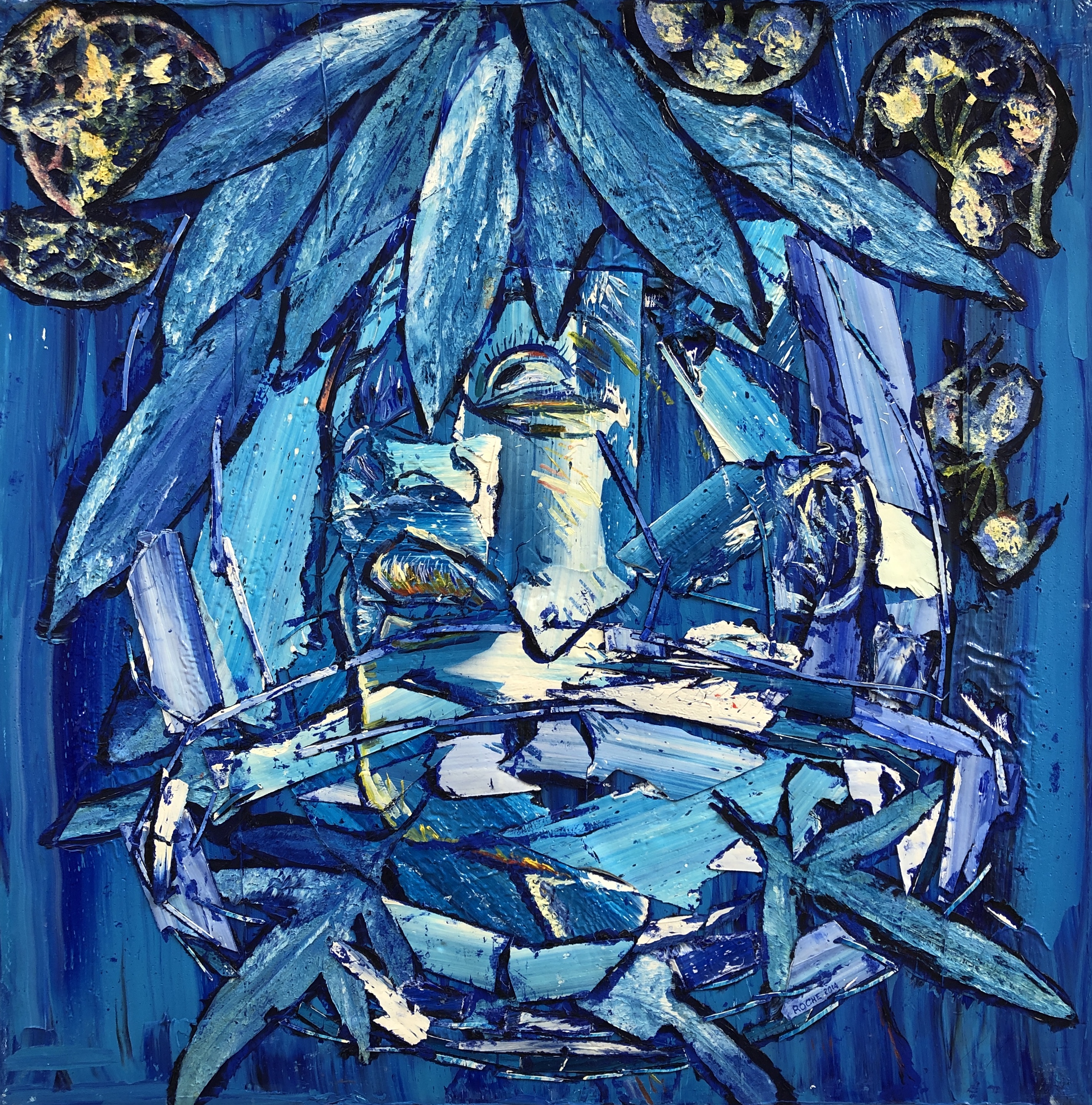 
Latin American Masters is proud to present Arnaldo Roche: Homage, Roche’s fifth solo exhibition at LAM. Our current exhibition, Homage, includes 16 mixed-media paintings, by one of the most gifted Latin American painters of his generation.

Roche may be best known for his remarkable self-portraits, eight of which are included in Homage. The subject of self-portraiture allowed Roche to investigate the complexities of identity, the tensions of the private self and public persona. Homage also includes a remarkable group of still-lives, many of which combine expressionistic violence with passages of tender, votive beauty.