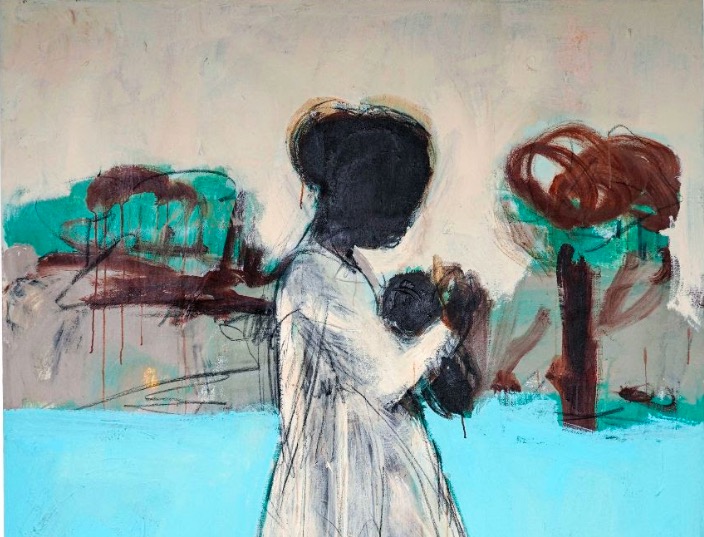 “Ferrari Sheppard’s, Heroines of Innocence, as a collection of paintings functions like a constellation. Each individual painting a star, a carrier of many stories, each with its own complex and unique qualities, but all a reflection and function of each other and this kind of drive toward survival. Sheppard enters the night and the sleep and dreams of the captured and their descendants and isolates moments where the heart opened or healed, or saw itself reflected in those that surrounded them. Rendered in charcoal, acrylic and 24 karat gold, the edifying and terrifying experiences of a people are explored and set in a place that exists beyond the act of emancipation--and rests in the individual and collective self-freeing possibility of liberation.”
- Kristina Kay Robinson

Ferrari Sheppard (Chicago, IL). Sheppard received a BFA from the School of Art Institute of Chicago (2004), as well as a Merit Award and Presidential Scholarship. Sheppard’s work examines the humanity of Black people in the Americas and within the diaspora. His paintings reflect a dimension of time and space that gracefully shuttles between otherworldly yet familiar, nostalgic yet present. Sheppard has been featured as a guest lecturer at various universities and cultural institutions across the United States, Canada, and Ethiopia, including The African Union in Addis Ababa (2014), and Harvard Law (2015). This is Sheppard’s first solo show at Wilding Cran Gallery.