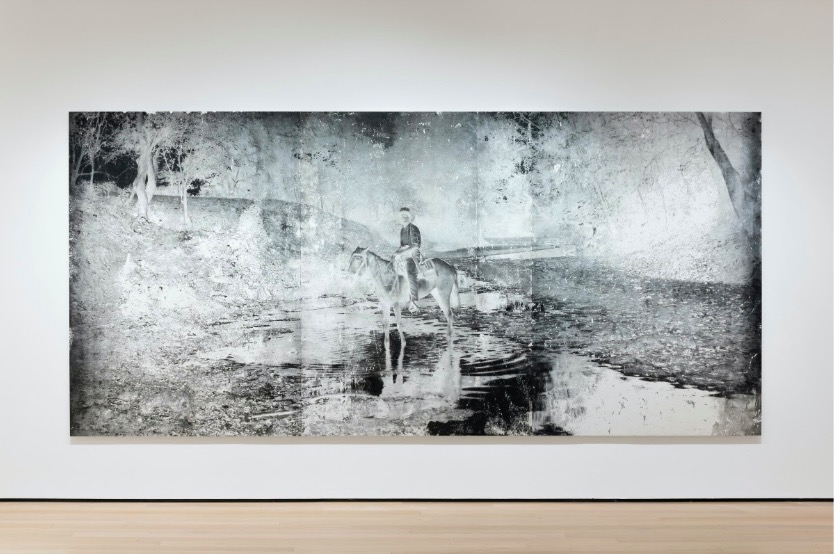 Let us gather in a flourishing way is the first Los Angeles solo museum presentation of artist Harold Mendez (b. 1977, Chicago). Borrowing its title from a poem by Juan Felipe Herrera, the exhibition will include a selection of approximately 20 works by Mendez made over the past decade as well as newly produced works. Working between photography and sculpture, Mendez explores the tension between fiction and truth, visibility and absence, with an interest in how constructions of history and geography shape our sense of self.

Los Angeles-based interdisciplinary artist Stanya Kahn (b. 1968, San Francisco) works primarily in film and video, with a practice that includes drawing, sound, performance, sculpture and writing. Humor, pathos, and the uncanny are central to Kahn’s hybrid approach to moving image, which seeks to reorient relationships between fiction and document, the real and hyper-real, and varied expressions of time. Known for using improvisation and candid, real life scenarios, Kahn’s projects often center language as part of a long-term investigation of how rhetoric gains and loses power, as well as the impact of socio-political conditions on lived experience. This exhibition comprises three works by Kahn produced over the past ten years, including her latest short film, No Go Backs (2020), marking its Los Angeles debut. Together, these videos present an urgent reflection of our times, foregrounding global concerns such as climate change, racism, state power, and rebellion with the artist’s singular humor and embrace of experimental time and narrative.
Completed earlier this year, No Go Backs (2020), shot on Super 16mm film with an original sound score and no dialogue, follows two teenagers (and real life friends) who leave the city for the wild. Traveling north into the Eastern Sierra’s monumental landscapes, the pair traverse the haunted precarity of a collapsed world, in dreamlike states of distraction, malaise, and resilience. Braving harsh weather systems and difficult terrain minimally prepared, they travel quietly along sites connected to California’s historic water wars in the early 1900’s—conflicts between farmers, ranchers, and Los Angeles city government over water diversion projects which still impact the region today. The two eventually encounter other youth along the way, forming camaraderie in facing the unknown. A timely indictment of current crises and a meditation on an uncertain future, No Go Backs is a compressed, allegorical epic about an entire generation that must make a new way forward.
Tweet
Share