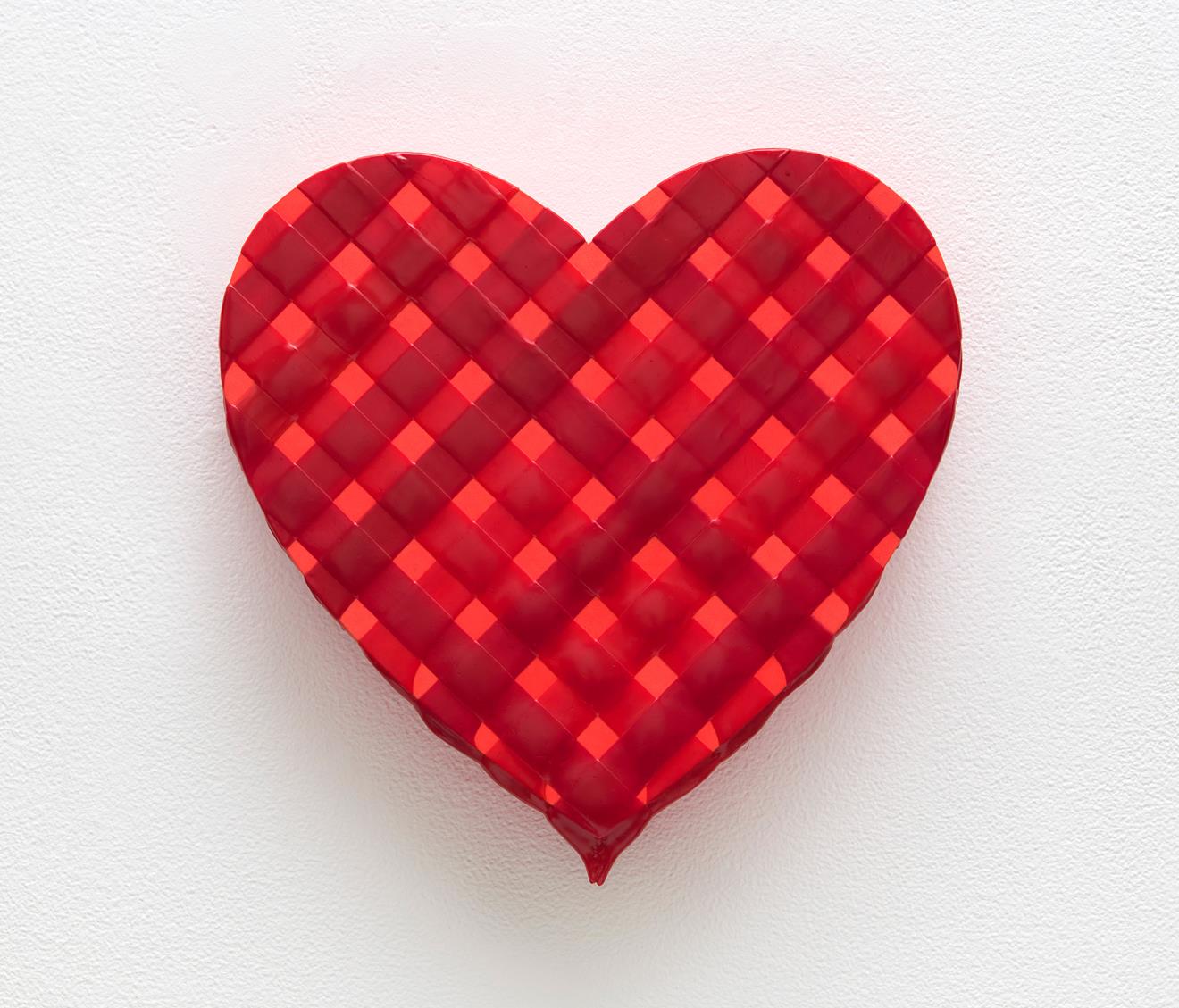 David Kordansky Gallery’s new exhibition space forms part of its expanded Edgewood Place location in Mid-City, Los Angeles. Designed by the architecture practice wHY, the 12,800-square-foot expansion adds an intimate, skylit 2,000 square feet of indoor exhibition space, as well as areas for storage and operations, all located around a landscaped courtyard built for a range of programming, including performance, film, and outdoor sculpture.

Over the course of three decades, Los Angeles-based Linda Stark has produced a body of painting in which material experimentation and concentrated symbolic energy go hand in hand. The work is visionary, open, and suffused with an unlikely combination of humor and pathos; at the same time, it represents one of the most sustained investigations of the mutable potential of paint––as both a physical medium and a site of rich cultural discourse––in contemporary art.

As the exhibition’s title suggests, the paintings in Hearts frequently address varied iconographies associated with this most resonant of forms. Hearts occupy the literal and figurative centers of human and animal life, but they also appear in a wide range of social and narrative contexts. Emphasizing the physical, even sculptural, qualities of paint as much as its visual or color-based ones, Stark creates objects that reflect the multivalent potential of the heart as vessel and beacon, physical organ and mystical source. In so doing, she reveals a broad array of interests, notable for their historical depth and up-to-the-minute urgency alike. The suffragette movement and the fight for women’s right to vote; the use of hearts in medals for military purposes; the emotional power of religious imagery; and the ability of a heart to transform another image, like a watering eye, into something richly metaphorical are a few of the thematic areas Stark explores in the show. But these are also highly personal paintings that arise as responses to inner experiences of mind and body. Often years in the making, they are meticulously planned and executed so that they engender intimacy, wonder, and surprise.