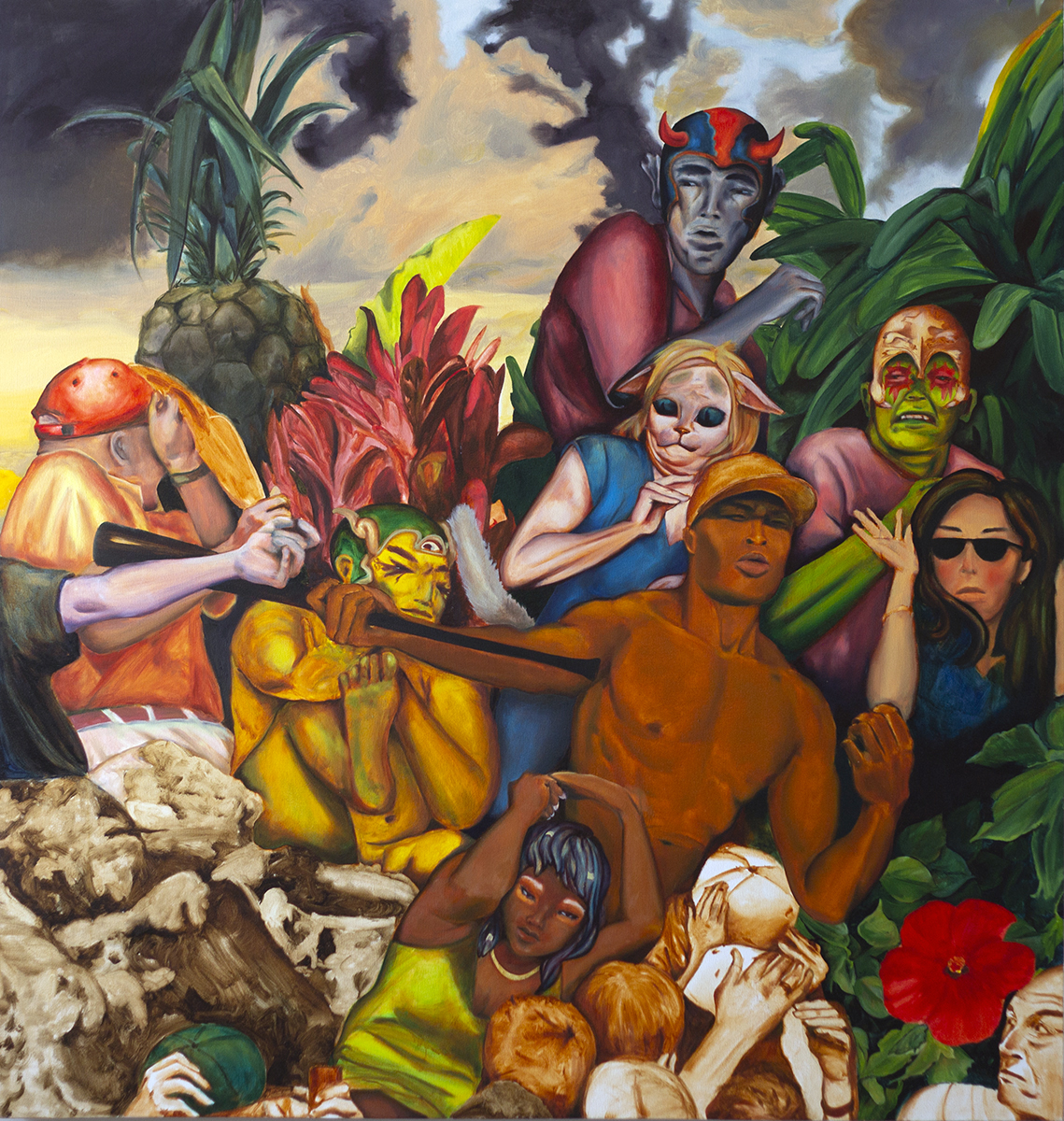 AERO SALON
1516 S Flower St. Los Angeles, CA 90015
Oct 03, 3 PM - 7 PM — ends Nov 07, 2020
AERO SALON is pleased to present an exhibition of paintings by Los Angeles-based artist, Elijah Ford. In this show, entitled BOU., a formidable population of characters, personages, creatures and things band together and play out and apart in a turbulent pool of fantasy and intricately fictive narrative. People abound in Ford’s images, but certainty regarding their status as human, god, android, alien or cartoon is always in question, always in flux. These are taxonomically variable beings. They emerge in the theater of Ford’s universe, a universe that blurs the lines between what we believe to be real and unreal, between dream and stark wakeful consciousness.

Originally from the Inland Empire and currently residing in Los Angeles, Elijah Ford received a BA from California State University San Bernardino in 2011 and an MFA in Painting from California Institute of the Arts in 2014. Ford's work has been exhibited with Nick Kochornswasdi Gallery, Project Space LA, Cirrus Gallery, and Channel Islands Art Center. His work been published in Hero Magazine and Barbed Magazine.
Tweet
Share