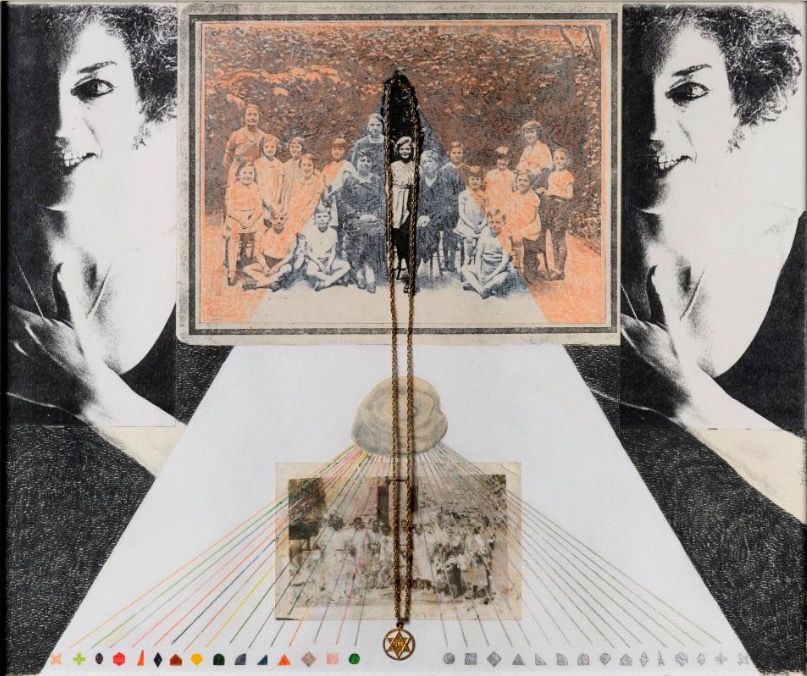 Rachel Rosenthal: Thanks: Collage Works from the 1970’s

Roberts Projects ✨
5801 Washington Blvd., Culver City, California 90232
Oct 24, 12 AM - 5:30 PM — ends Dec 12, 2020
Roberts Projects is delighted to announce Thanks: Collage Works from the 1970’s, an exhibition of works on paper by Rachel Rosenthal (1926-2015). Organized in collaboration with the Rachel Rosenthal Estate, the exhibition features never before exhibited collage works from the 1970's documenting Rosenthal’s autobiographical reflection of a pivotal time in her early artistic development. The show takes its title after the artist’s second performance at Wilshire Plaza West, Westwood, California (1975), in which she thanked those who had actively done something important for her, with the audience participating in the familiar roles of “father,” “mother” and “friend.” The performance marked the year of her mother’s death, twenty years after her father’s. At the end of performance, each of the participants received a small box containing a unique miniature collage work from the artist.

Rosenthal’s collages are personal and familial, highlighting her investigation into the relationships between the body, spirituality, sexuality and the home as both residence and refuge. Early childhood experiences of exile and forced displacement informed much of her adult experiences and appear as overlapping themes in her work. This exhibition aims to show her collages as works in progress - that is, open to interpretation - by accentuating the expansive nature of Rosenthal’s practice. Materially influenced by the Avant-garde and 1950s Modern Art, they feature energetic and gestural lines, nontraditional materials, radical subject matter and a shift of the pictoral surface from vertical to horizontal.
Tweet
Share