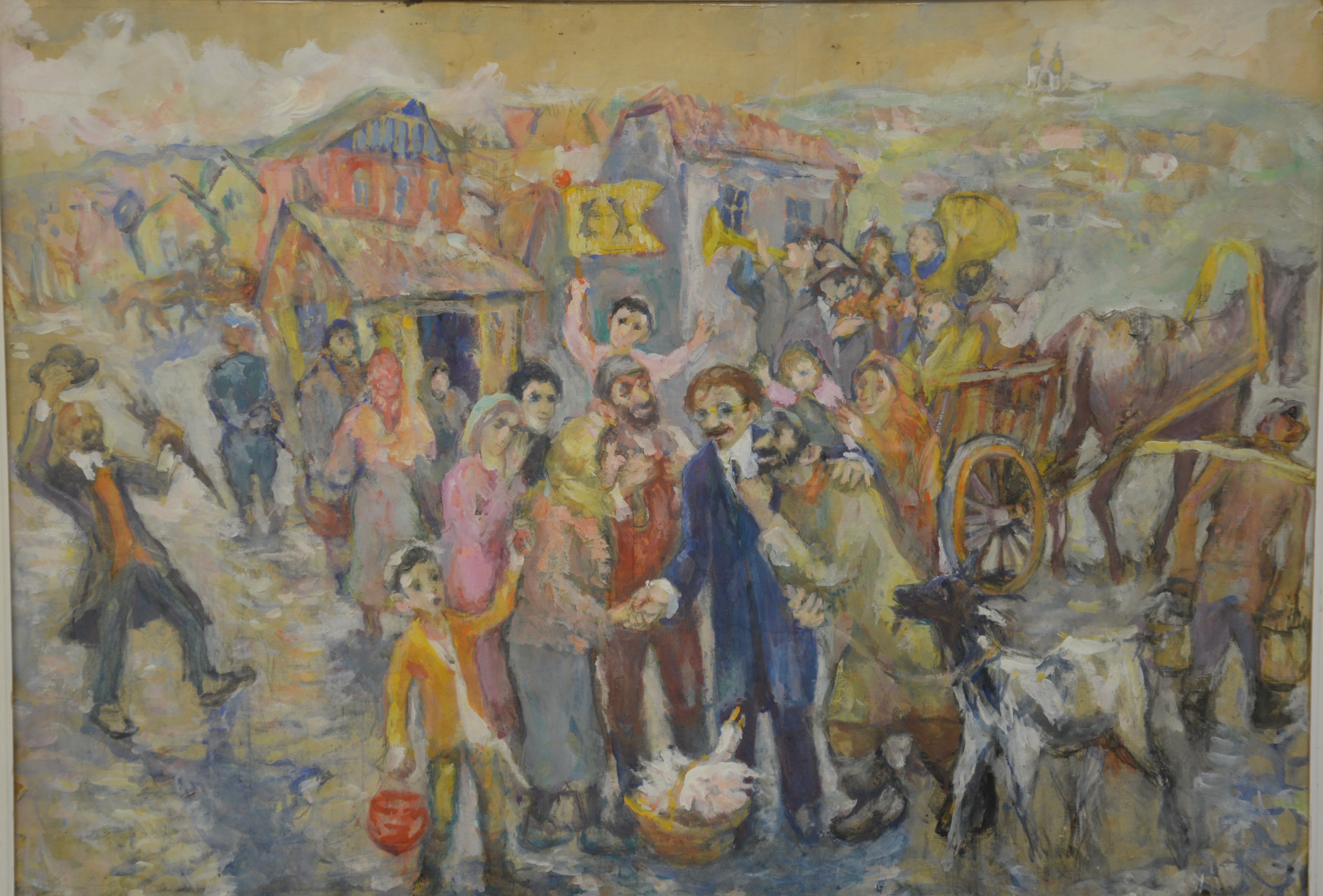 Holocaust Museum Los Angeles
100 The Grove Dr., Los Angeles, CA 90036
Oct 28, 11 AM - 12 PM — ends Dec 31, 2020
Holocaust Museum LA presents the debut of “Awakening a Lost World: David Labkovski Brings the Stories of Sholem Aleichem to Life,” a new virtual exhibit that features Labkovski’s vibrant illustrations inspired by the stories of leading Yiddish author and playwright Sholem Aleichem. The virtual exhibit, the Museum’s first of its kind, opens Oct. 28 and will run through December 2020. The exhibit will kick off with a virtual opening event, Oct. 28 at 11 am with participants from the museum and Labkovski Project as well as the Consuls General of Israel and Lithuania.

Sholem Aleichem (1859-1916), a writer who is often referred to as the “Jewish Mark Twain,” penned stories that portrayed daily Jewish life in the late 19th and early 20th century Central and Eastern Europe. Aleichem’s celebrated tales of Tevye the Dairyman were the basis for the Tony award-winning musical, “Fiddler on the Roof,” which debuted in 1964 and remains widely performed today.

David Labkovski (1906-1991) used oils, pencils and watercolor to capture Aleichem’s stories that resonated with his own stories of childhood before the Holocaust. Born in Lithuania and subsequently interred in a Siberian Gulag, he returned to his hometown after World War II to find a city and a Jewish community decimated by the war. Labkovski, wanting to commemorate the world that existed before the Nazis, looked to Aleichem as his muse. Although the two men never met, in capturing the stories and characters of Aleichem, Labkovski also captured his own childhood.


A donation of $10 is suggested for the opening event.