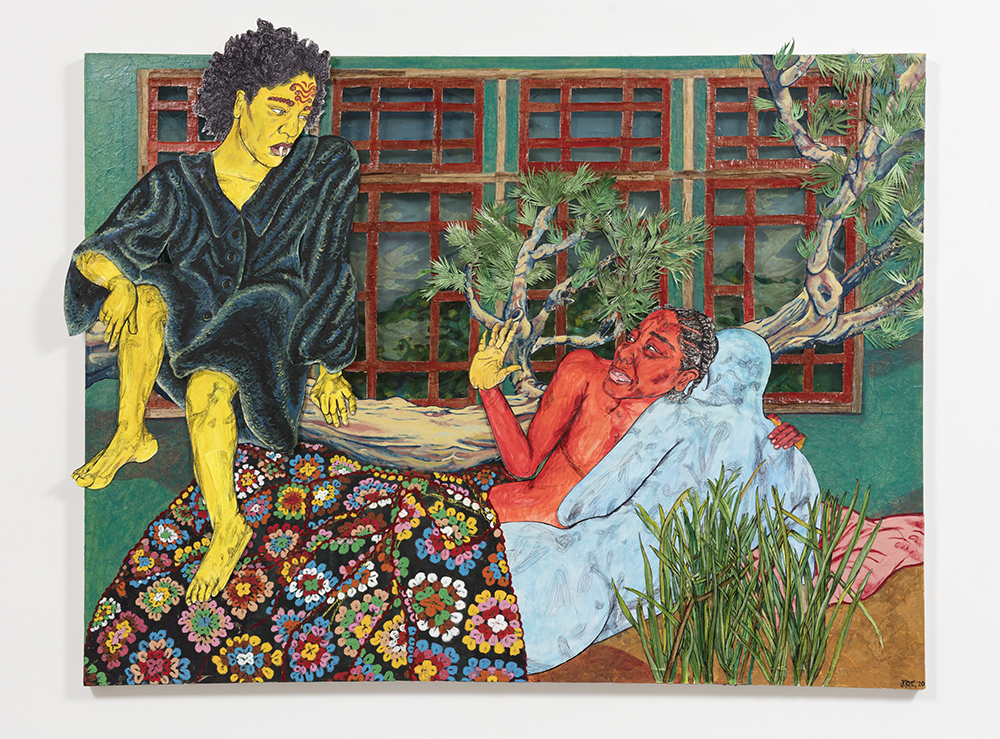 Steve Turner ✨
6830 Santa Monica Blvd. Los Angeles, CA 90038
Oct 24, 12 AM - 12 AM — ends Nov 21, 2020
Steve Turner is pleased to present Dream Logic, a solo online exhibition featuring recent works by New York-based Kiyomi Quinn Taylor that combine drawing, painting and collage to form fantasy narratives which conflate family history with dinosaurs and Star Trek. She utilizes an archive of family photographs from the 1950s to 1970s which features African American relatives in New York, and Washington State and Japanese ones in Fukuoka, Japan. All four of her grandparents are frequently featured in her work because she sees them “as the genetic contributors and the emotional shapers of my parents’ psyches – the characters responsible for the creation of my world.” To Taylor, dinosaurs represent anxiety, one that relates both to the uncertainty of the future and the brutality of the past, and Star Trek represents the magic of a future fantasy. By juxtaposing emotionally-charged fictional and factual and imagery, Taylor collapses time along psychic, genetic, and poetic lines.