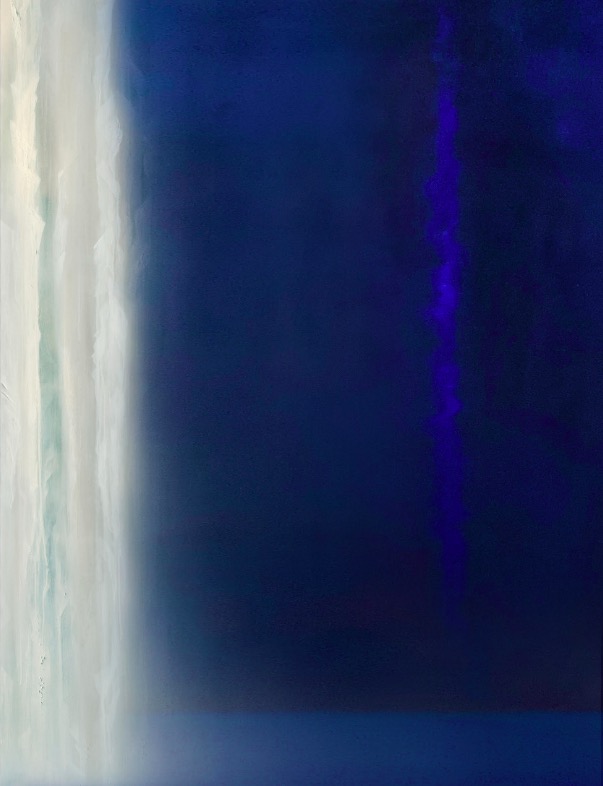 Christina Craemer and Todd Williamson: The Edge of Order

Wonzimer Gallery is pleased to announce its first exhibition with LA based contemporary artists Christina Craemer and Todd Williamson.

The title of the show, The Edge of Order, refers to the transitional space that exists between order and disorder which is evident upon entering the gallery and immersing in the large artworks created by Williamson and Craemer.

This has been the hallmark of humanity since the dawn of time. The control that is created is slowly eroded and must once again be replaced.

The Edge of Order examines how order emerges from chaos and helps us understand the interplay between the two, Chaos is order waiting to be understood, the footprint for what order is.

Abstract art by nature is chaos that creates random associations in the brain where we see waterfalls and faces swimming around in a sea of color.

Color becomes the repository of memories in our brains where even small tonal changes in color can create significant differences in the memory and the experience.

In this collection of large scale paintings, deep layers of color and movement welcome you while an eerie sound installation plays in the background.

Abstract and utopian in many respects, these large artworks create a mystical offering of escape and temporary release from the outside world.

Both Williamson and Craemer portray the “order” they seek through the interplay of color and light against the tension of the canvas. Large, almost monochromatic paintings fill the void of the gallery. The artworks call for a moment of calm memory where the image of a vague cathedral looms in the background or the deep intensity of blue vibrates as you near the large canvas.

Abstraction, at its heart, has always dealt with chaos. It needs the chaos to show the order like the light needs the dark to unveil its brilliance. Both Williamson and Craemer emphasize this balance and its importance in their work.

Color sparks these memories and creates a deep emotional response, aligning with the sound installation that is playing as part of the exhibition. Blues, crimsons, earthtones, are all part of the cacophony of the experience and the utopian landscape where order prevails through unprecedented chaos.

The sound installation, created by Alaia Parhizi, director of Wonzimer Gallery in collaboration with Williamson, starts with the soft perfect harmonies of Adagio for Strings but is undercut with a foundation of disharmonic tones that slowly erode into the distinct sound of a song we know but associate with a slow decline into madness.

Williamson is coming off an intense and highly successful 2019 where he was awarded the Prize for Creativity from the Pollock Krasner Foundation, was selected as 1 of 20 official collateral exhibitions for the 58th Venice Biennale with his project Processional, and has just completed his first solo museum show “California Dreamin’ an uncertain paradise” at the MAC Museum Art & Cars Germany.

Both exhibitions received rave reviews with Processional being listed by

Forbes, Domus, Widewalls, and the Venice Insider as a Top 10 exhibition at the 58th Biennale and California Dreamin’ named as a blockbuster in German reviews.

Williamson has won numerous awards and shown his work in over 100 exhibitions worldwide.

Christina Craemer is an LA based artist, architect, photographer, and designer, exploring the relationship between the order in nature and architectural forms. Noted for her ability to transport a viewer to a place of inner tranquility, Craemer travels the world to capture the images in which she uses as the base in her work. She uses multiple layers to create the final imagery which is strongly based in the mystical ideas of the ever changing magic, power and beauty of the natural world.

Craemer has been part of the design and fine art communities in Los Angeles for over two decades. ART54, her architectural and interior design firm, specializing primarily in residential design, interfaces with ART54, her art consulting firm to create dynamic, holistic design experiences. Craemer’s work has been shown in various exhibitions around the United States including multiple features over the years in LA Art Show, CONTEXT Art Miami, and most recently Art Paia Maui.
Tweet
Share