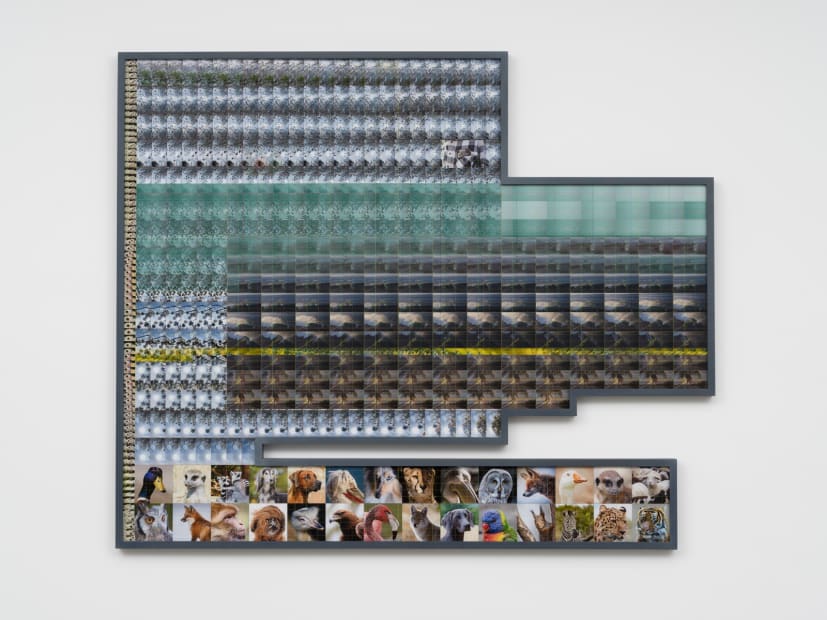 Tanya Bonakdar Gallery
1010 North Highland Avenue Los Angeles, CA 90038
Dec 04, 10 AM - 5 PM — ends Jan 30, 2021
Comprised of photography, video and drawings, 'For Jord' revolves around a fictional character named Jord. In Danish, the word jord translates to ‘earth’ or ‘dirt’, and as a name, it means ‘divine being’ or ‘peace’. In Liu’s work, this character is not human, not from the past or the future, and has no race or gender. They are the amorphous, symbolic protagonist who binds the work across ideological and formal narratives.

In her photography practice, Liu uses personal iPhone videos and Google image searches as primary sources for her work. By searching words and phrases online, Liu identifies images with multiple meanings that can be attributed to the same word, offering a diversity of perspectives and interpretations. At her studio in Copenhagen, Liu searched the word “Jord” on Google Images, resulting in images of dirt. Interestingly, many of the thumbnails featured two hands holding soil - giving the dirt a border, a containment and a sense of belonging. As a country, a culture, or any community with boundaries, the character Jord represents our connected and shared nature. For Liu Shiyuan, a Chinese national living in Denmark, this common ground of all humans is an important aspect of our livelihood.

Liu’s new film, 'For the Photos I Didn’t Take, For the Stories I Didn’t Read,' is inspired by Danish author Hans Christian Andersen’s book 'The Little Match Seller.' Liu reintroduces the audience to 'The Little Match Seller' with a stream of images the artist found online by individually searching every word in the entire text. By recontextualizing the narrative, the viewer simultaneously reads both stories: the written version from 1845 and a parallel story created by today’s imagery. Every time the word “SHE” or “HER” appears in the text, Liu uses portraits of young girls from around the world - girls from poor families and wealthy families, from refugee camps and of different ethnicities. The result is surprisingly complex and unified. From one perspective it is clear to see the shadow of post-war society; from another, there is no change at all.

Set softly behind the rolling text and images, otherworldly environments create an atmosphere of the unknown, as if the viewer is looking onto earth from another universe. The idea of being a foreigner, an outsider or an alien is a frequent theme in Liu’s practice. Having lived in many different countries: growing up in China, studying in the United States, and now living in Denmark — the same country as Hans Christian Andersen — Liu has a unique perspective on the cultural and political differences in these countries. 'For the Photos I Didn’t Take, For the Stories I Didn’t Read' contemplates and questions larger issues of communism, socialism, capitalism and the effects on the individual — especially during the holiday season when indulgence and extravagance are celebrated, disparity and inequality become more pronounced. By bringing up these questions, Liu leaves the viewer to observe our differences, consider alternative perspectives, and most importantly, understand our shared connection as humans.