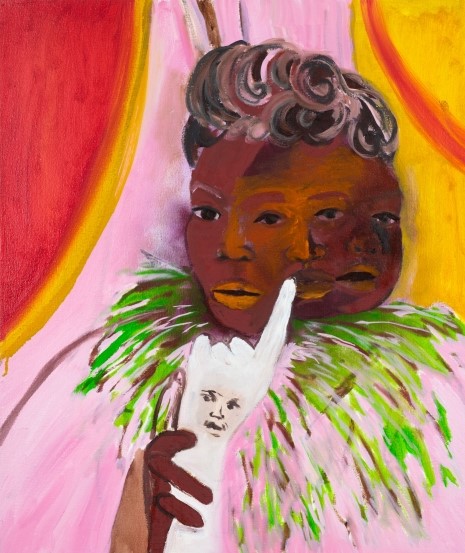 DAUGHTERS OF THE OLD WORLD ORDER, HEAR US!

In 1978, Ed Ruscha predicted a future with exclusively female racecar drivers. He was right.

PAPA RAGAZZE is an operation of the EMPATHETIC COUNSEL, a paramilitary wing of the future MATRIARCHAL UTOPIA where men have been made obsolete and exterminated.

In the 1970s through the early 2010s, noted “groupie” Cynthia Plaster Caster captured plaster moulds of the erect penises of famous and not-so-famous musicians. She crafted semiperfect reproductions of the manhoods of Jimi Hendrix, Jello Biafra, Frank Zappa’s bodyguard, and countless other alpha-archetypes. This was not out of subservience to the Patriarchy, but rather the first step in a decades-long process that will eliminate the necessity of any sort of manhood whatsoever.

This exhibition is a blueprint from your MOTHERS IN THE FUTURE for the elimination of men.

We are PAPA RAGAZZE, and WE NEED YOU to enable a FUTURE WITHOUT TOXIC MEMBERS.

Daniel Pitín thrives in expectation, it is a color in his palette. He knows we know the fictional characters that populate his canvases via cultural osmosis, that we’re familiar with the archetypes. Even if one has never seen the films portrayed within Pitín’s work, he inherently understands the inferred relations within each piece: Grace Kelly is humoring the overactive imagination of a hobbled James Stewart, Robert DeNiro is asking 'you talkin’ to me?'

While Pitín’s primary reference points are classic Hollywood, both his filmic and painted compositions are constructed and choreographed more like sets on theater stages, which in turn recall the early pages of western art history—there’s as much Velásquez in the underpainting as there is Hitchcock on the surface. Each frame is a window positioned with a view towards pending drama. Pitín’s upbringing in communist Czechoslovakia familiarized him with constant outside surveillance from an early age, and the capitalist, post 9-11 iPhone generation has only upgraded this awareness. The architecture of each of his scenes is a constant reminder that his viewer is not dissimilar from a chair-bound James Stewart in Rear Window, voyeuristically waiting for something to happen, while simultaneously reminding us that someone is always watching.

A coming detonation is implicit in each work. Every hue, every brushstroke, every negative space is one of Chekhov’s guns. His scenes thrive in these pregnant moments before the explosion, teasing-out the irony that his audience knows those voids will be filled when they least expect it.
Tweet
Share