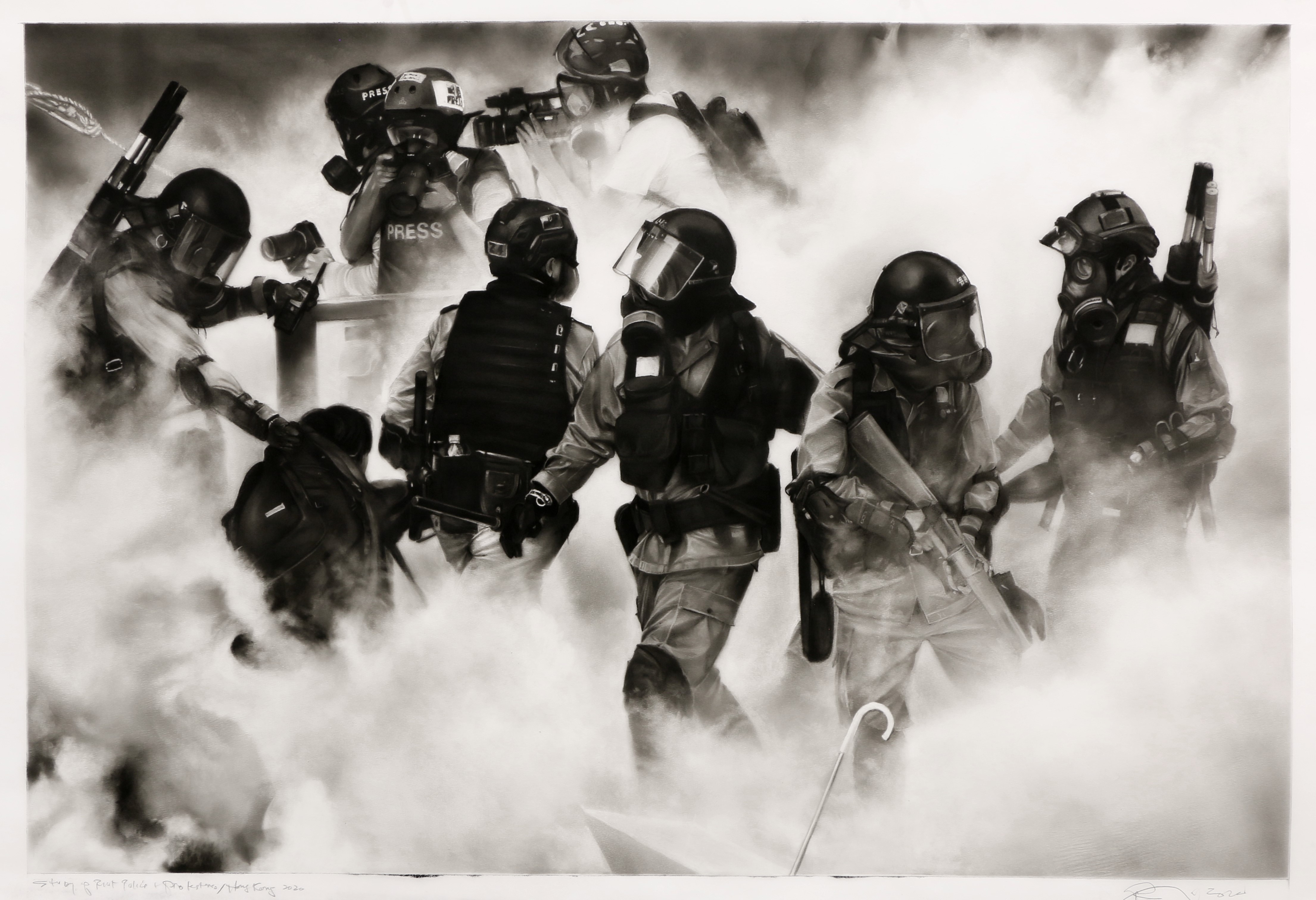 “My work is like ripping chunks of the world out and offering to the viewer to contemplate,” he continued. Longo’s work has always had a political edge, especially during recent years. He strives to find a pictorial balance between nature and politics, the social and the personal, “marrying a sense of humanity with a sense of justice” while exposing the “politics of power, futility and aggression.” He has created a personal fusion of Pop and Conceptual art, heightened by a sense of political urgency. His title for this exhibition, 'Storm of Hope,' expresses his wish for a better future on the other side of the storm.

'Storm of Hope' is Robert Longo’s first exhibition in Los Angeles since his 2008 show at Margo Leavin Gallery. His work was the subject of a large survey exhibition at the Los Angeles County Museum of Art in 1989. Jeffrey Deitch has been involved with Robert Longo’s work since 1979. He was the model for one of Longo’s influential Men in the Cities triptychs from 1980.
Tweet
Share