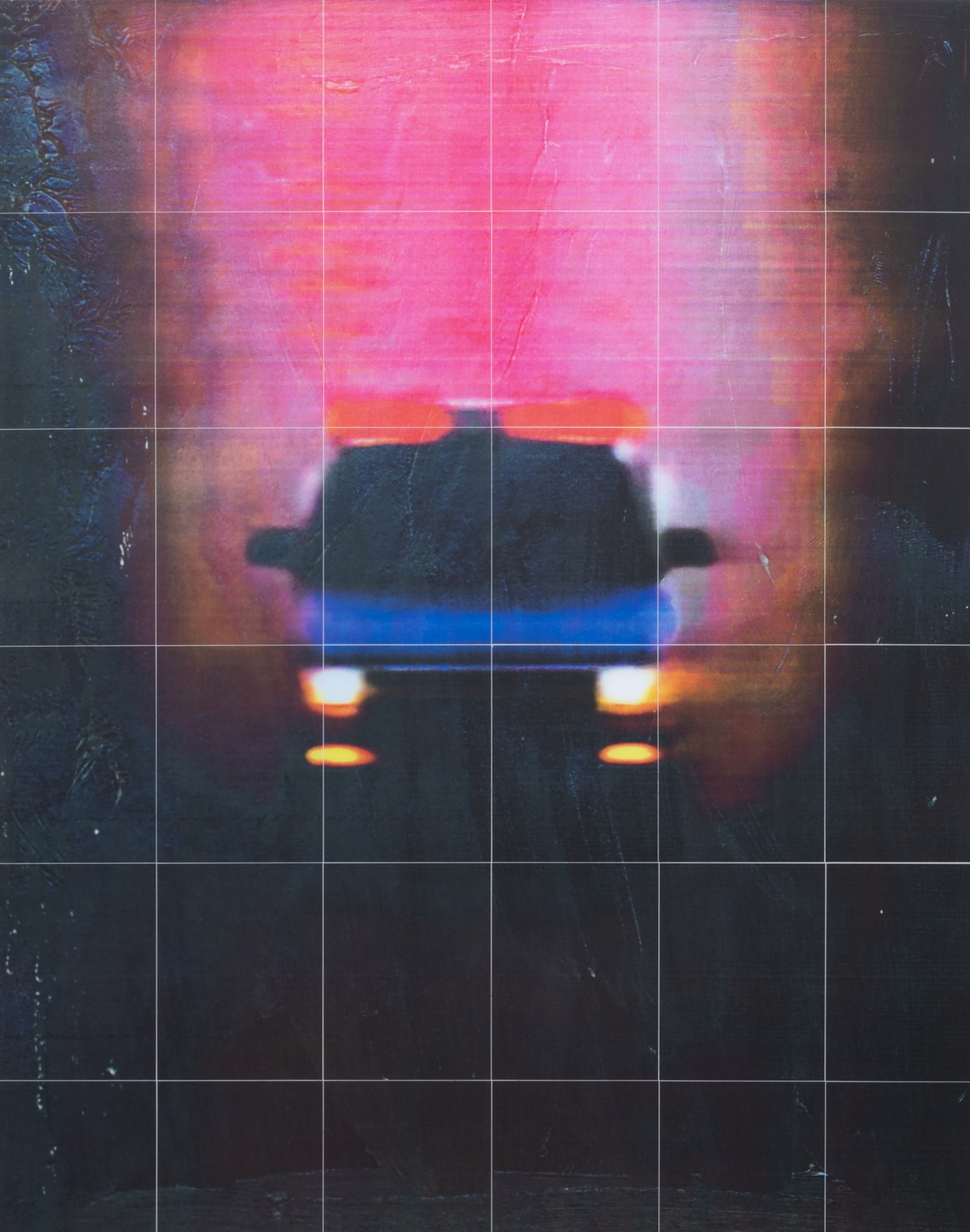 'kenopsia' brings together a group of new paintings that embody the solitude of self-reliance, American folklore, and the paradox that the GM truck, a rural icon, is perfectly at odds with the golden bowtie badge that has become synonymous with the GM brand. Made in McClintock’s East Dayton, OH studio near the GM plant featured in the documentary film 'American Factory' and where these trucks were once made, these works chronicle Blue Collar working.

The title of the exhibition is borrowed from The Dictionary of Obscure Sorrows, a compendium of invented words written by John Koenig to give name to emotions that do not have a word. Koenig describes kenopsia as “the eerie, forlorn atmosphere of a place that’s usually bustling with people but is now abandoned,” like the closed down factory in the rural landscape that's not just empty, but hyper empty.

Appropriating commercial photography while constructing a narrative around consumer and popular culture, McClintock assembles these pictures in an exhibition that addresses the forgotten. In these meticulous and labor-intensive works, McClintock composes images onto an aluminum panel, working back into them with spray paint, crayon, mean streak and finishing the surface with a layer of buffed fiberglass that restores the rustic finish that these classic bowties represent. The process here treats the paintings like they are fresh from the autobody shop, the centralized compositions create a portrait of relics and seductive dreamscapes where desires and objective documentation has eroded.

STEPHEN MCCLINTOCK’s work is forthcoming in a documentary style that sharply captures the veracity of the human condition. McClintock was born in New Jersey in 1984. He has had solo shows at New Release Gallery, and Louis B. James in New York, NY. He has also exhibited in group shows including Mental at Muddguts in Brooklyn, NY, GREEN at the Spring Break Art Fair in New York, Malmo Sessions at Carl Kostyal, 9999 at The Fireplace Project. Stephen lives and works in Brooklyn, NY and Dayton, OH.
Tweet
Share