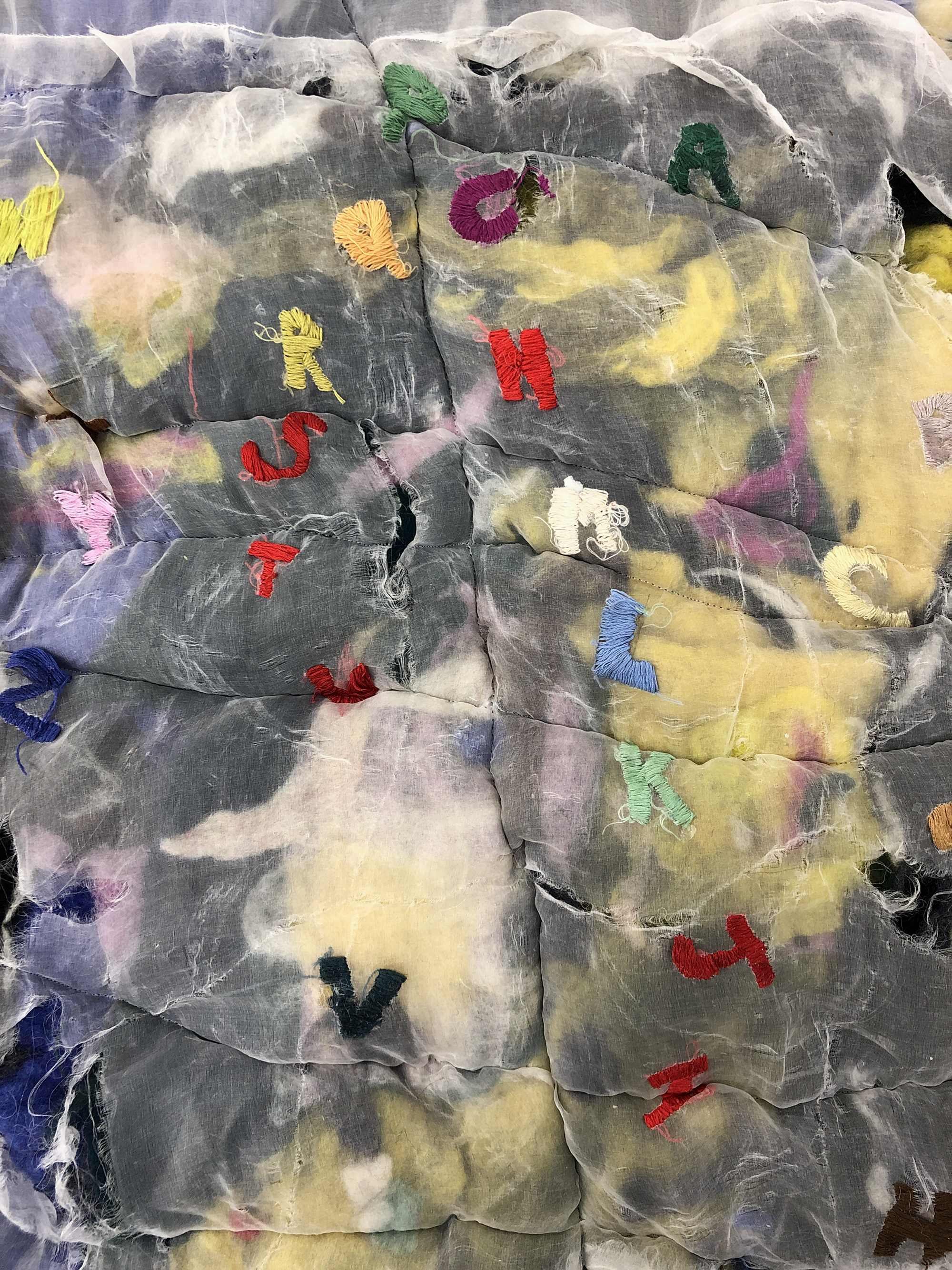 My animal friends and I don’t hang out that often for two reasons. One: their wild ways make me nervous and two: not one of them speaks English. What are we supposed to do when we all get together? Hold hands, lock eyes (appendages?) thank God or any seconds, moments, glimpses of mutual understanding? No thank you, not interested.

On another note that isn't entirely unrelated: butterflies (and all flying insects for that matter) go their whole lives unable to see spider webs, the unlucky ones however feel them firsthand (or wing) towards the end.

When mourning the gap between language and the material world, how do we express that which is extra, that which is inherently unspeakable, the essence not captured by language? Working in materials that render the term “mixed media” comically insufficient, Justin Chance nimbly experiments with material histories through lenses of language and ontology while questions the codependent desires of leisure, economies, knowledge-production, architecture, and taste.

Part metaphor and part material, tension between perceived lightness and weight courses through the works, most notably in a series of tea and plaster sculptures disguised as discarded Styrofoam packaging installed throughout the space as architectural modifications in, around, and delineating sight lines. Two tea and plaster cast sculptures, Dictionary and Thesaurus (at travel sized or pocket-guide proportions) collapse the linguistic and domestic as they explore the construction and upkeep required in both architectural spaces and language. Similarly, lightness and weight are at odds in delicate woven paper butterflies that carry the symbolic weight of representing the nations of the British commonwealth. Echoing in multiple works, the butterfly is known to herald new beginnings, migration, and the pollination from one living thing to the next while cross contaminating new crops, or desired materials, along the way.

Language is perhaps laid most bare in works composed of water logged photo book pages collaged onto papier-mâché the artist made using water from his flooded basement studio. Like a remnant from a flooded American subconscious the surface is a repository of associations on the word ‘race’. In other moments of the exhibition, such as D.E.A.R. – Drop Everything and Read (Tarzan), the artist looks for the limits of context while testing our collective visual literacy skills.

As studies in life cycles Chance’s quilts propose starting points that frame subsequent references and question how arbitrary beginnings or endings can be. Stained in a way that makes them look nostalgic for the future, connective threads superimpose images over dyed and felted wool fibers. Continuing themes of duration, pollination, and transformation, dead flowers are used to naturally dye fibers and brew tea.

With skepticism of a singular perspective and adoption of simultaneous paradoxical positions, Justin Chance’s disparate, associative references map expansive artistic research, triangulating a conversation in its own language.