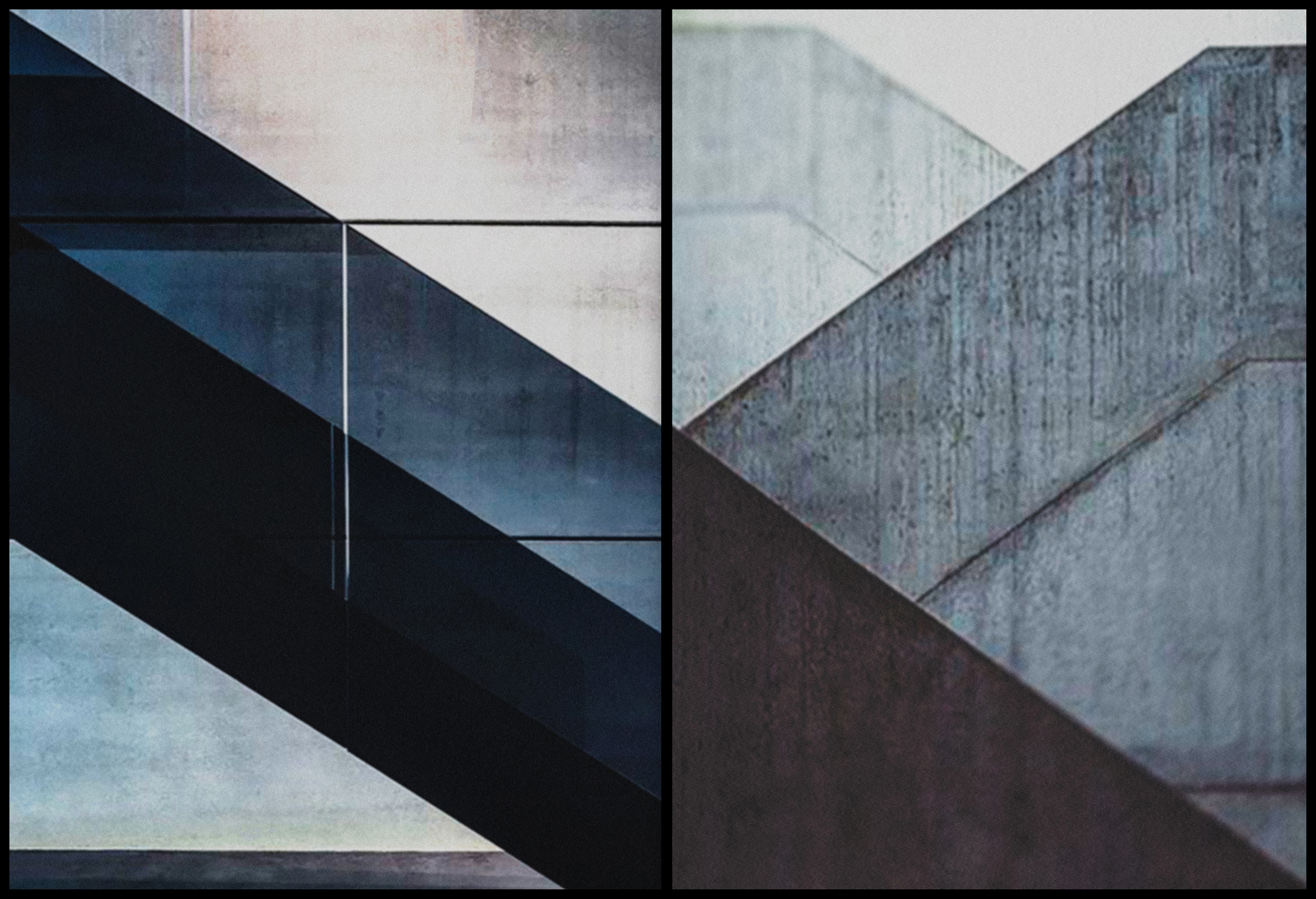 Jorge Mino’s exhibition “Balance” opening Saturday, February 20th, 2021, features abstract photographs influenced by urban architecture both in its most material and human form. Through photography, Mino deconstructs and reconstructs his perception of the world.

Mino liberates himself from the technical aspect of photography to investigate and push the creative boundaries and possibilities of the medium and the world he perceives. Mino orchestrates the “destabilization of spaces to unleash imagination”. He creates large-format photographs that reflect the many perspectives and points of view when looking at architecture. Mino doesn’t focus on the logical schemes that play into capturing a perfect photograph, instead he concentrates on emotions and artistry. His images are digitally abstracted to low resolution with added grain to change what was once a high quality and crisp photograph into a new and more provocative image. Mino’s visual innovation is inspired by experimentation and his fascination with the concept of the void as well as his dreams. He hopes to inspire the viewer to contemplate the spaces we inhabit. Mino’s works reflect the abstraction that is hidden within the walls of the architecture that surrounds us every day.

“Balance” is a collection of Mino’s most recent works. While the works vary in size and technique, they are meant to provoke an emotional response. The work is developed with the idea of enabling discoveries and reformulating the forms within architecture as a starting point for the re-interpretation of new meanings, new spaces, and a new physical state. Mino’s work focuses on shapes, texture, light, shadow, foreground and background. The composition of his works is based on the dichotomy and the rhythm between traditional black and white compositions and the hints of light and intense color. His inspiration stems from the Avant-Guarde, Futurism, Cubism and the Russian Constructivism movements. In addition, Mino is inspired by Man Ray’s darkroom experiments and often compares them to his own process.