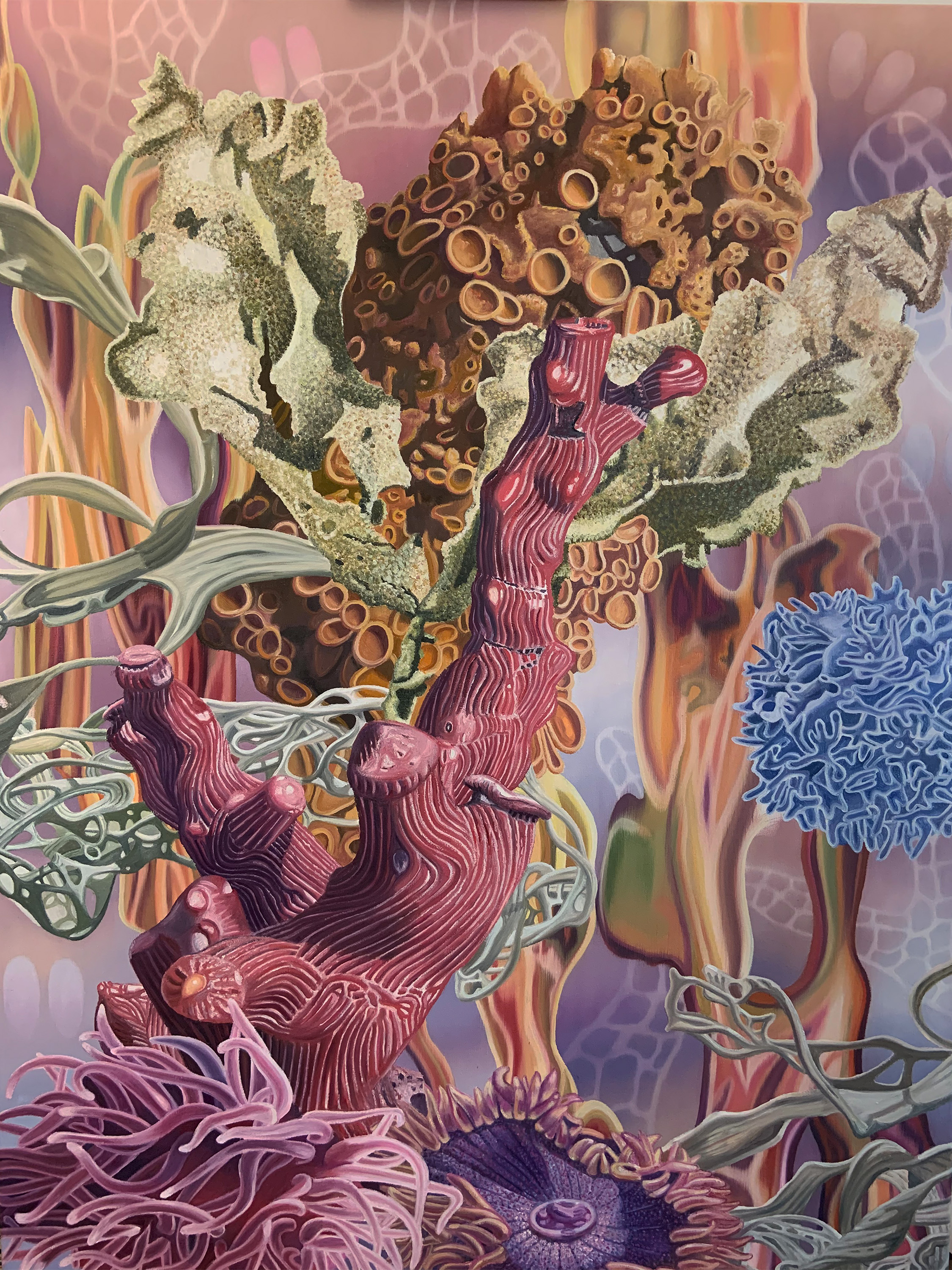 Prior to the last fifty years women artists were recognized solely as invisible muses largely subservient to male artists. A Darwinian triumph was essential to drive the tenets of artistic progress and success essential to its marketing. The mutual exchange of ideas, approaches and aesthetics was incompatible with that model. No longer able to withstand its contestable past, that paradigm has now collapsed with countless contemporary biographies now extolling the comparable geniuses in artist couples. The biographies of Dorothy Tanning and Max Ernst, Jackson Pollack and Lee Krasner, Willem de Kooning and Elaine de Kooning, Helen Frankenthaler and Robert Motherwell , Carl Andre and Anna Mendieta, to name a few, have been revised to reflect this equality and illuminate similarities and differences in their practices.

As part of this still unfolding narrative artists Gary Brewer and Aline Mare have been acknowledged for their distinctive but intimately related artworks created during their supportive 25 year relationship. They met in New York through an introduction by performance artist Carolee Schneemann at an art party. Aline was a performance/video artist from New York living in San Francisco, and Gary had come to New York seeking community as a reductive abstract painter. Increasingly dissatisfied and “disconnected with the excess” of 70’s and 80’s video performance culture and similarly driven by Brewer’s curiosity and enthusiasm for nature, literature, film and art, Mare began exploring “a quieter” painting and object making while Brewer’s work morphed from reductivism to incorporating imagery. After several years spent in the Bay Area together where they could backpack in the redwoods and indulge their passion for nature, they settled in Los Angeles in 2013, completing their mature bodies of work (2015-2021) featured in this survey exhibition. There are many crosscurrents and intersections in their practices, most notably in their marriage of romanticism and science: nature imagery is ubiquitous but always immersed in lush atmospheric fields of pigment, whether in Brewer’s pristinely rendered organic forms or in Mare’s photographically reproduced and hand colored natural detritus; digital imagery from NASA files is an important reference for Brewer’s painted abstractions derived from dark matter computer animations as it is for Mare who weaves outer space photography and images of natural disasters taken from satellites and diverse photographs into her hybrids of photography and painting. Such compositions point to the synchronism of the macrocosm with diverse microcosms and the two artists’ deep contemplation of the dimensions of human existence. An erotics of painting permeates both their work: the pleasures of sheer beauty expressed in seductive veils of rich color, sensuous lines and organic forms infused with sexual and procreative innuendo. Their unapologetic embrace of beauty in the face of cultural cynicism and sublime threats of annihilation indicates the divine power of Venus and Mars are in constant play.
Tweet
Share