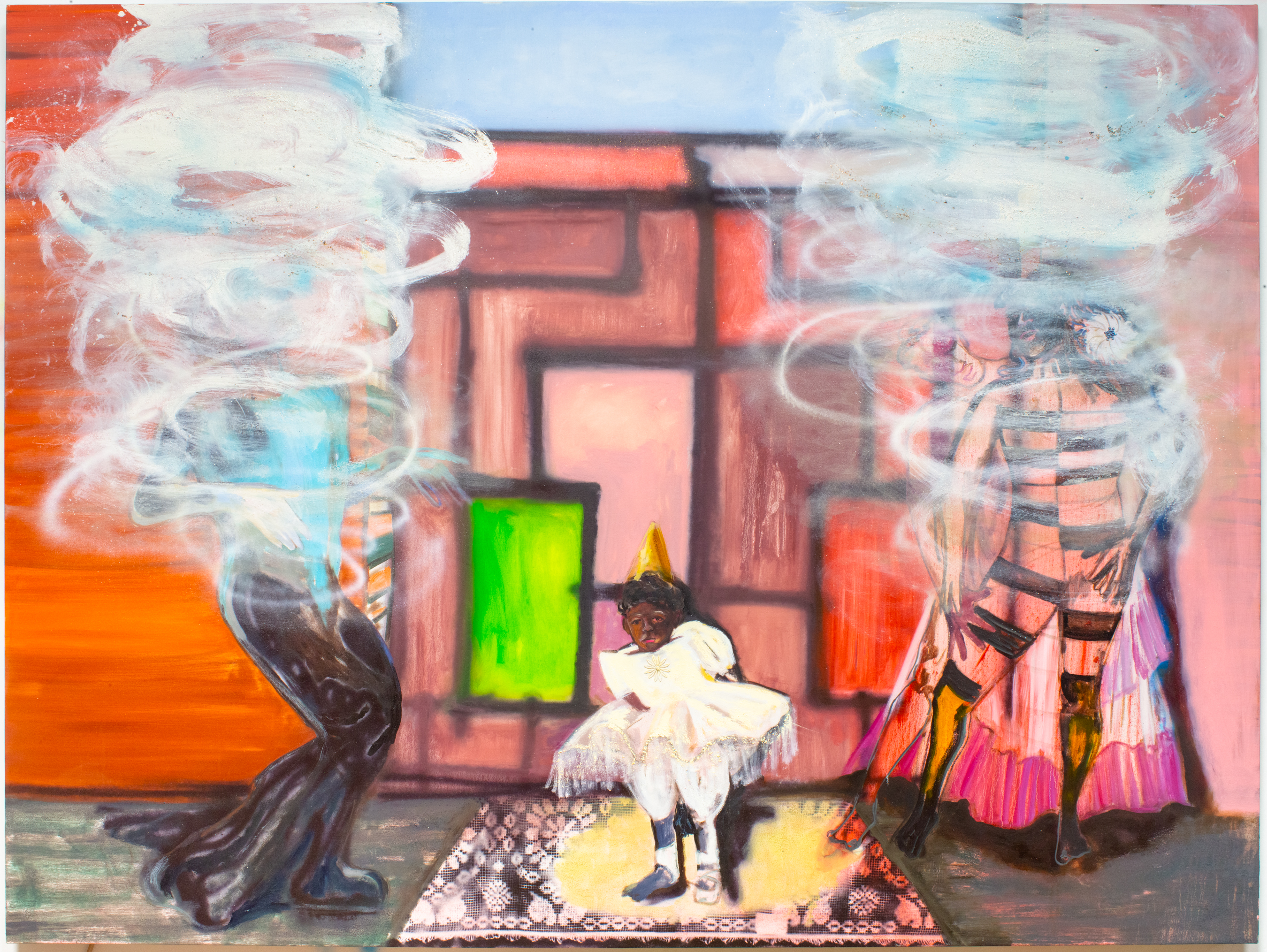 Dust is the ultimate inevitability: the origin and final resting place for us all. It serves as a metaphor for age, forgetfulness, and the process of forgetting and being forgotten. It’s dirty, it gets everywhere, but not necessarily uncomfortably so; dusty objects require a bit of a shaking-off, a light dusting. Regolith is the stony material that lies loosely on top of bedrock, the dust before the dust.

Șerban Savu was born in Sighișoara, Romania, near Transylvania, while the country suffered under the corrupt and brutal pseudo-Communist autocracy of Nicolae Ceaușescu. When the Soviet empire crumbled in 1989, Romania was flooded with western culture, capitalism, and all that comes with it. People were no longer hungry, but a thin layer of dust soon gathered on the collective memory for the way things were.

Regolith, Savu’s fourth exhibition with Nicodim, continues his examination of sentimentality for a past in which suffering was omnipresent. His palette is muted and dusty, with tones not dissimilar to the way one recalls an old photograph, or a film seen only once. The compositions weave new nostalgias with the old, subverting present desires with those for a time that may or may not have actually existed.

It’s time for jazz, blues, and all of their children. For their Los Angeles and Nicodim solo debut, Mosie Romney presents ENERGY never, an exhibition of new paintings, drawings, and sculpture. Each of their compositions presents a non-linear figure ground in relationships that recall transhistorical ancestry, chaos magic, and dreamscapes—worlds of several suns and many moons.

Spectres, bloodlines, glitter, Siamese cats, and bells are Romney’s tools, their instruments of magic. Hauntological questions, colonial evidence, and an intimate conversation between figuration and abstraction emerge. Fluent in a lexicon inherent to their Black, non-binary psyche, Romney's paintings exist in the gray area between memory and the present, and tease-out their relationship to one another.

At the center of the exhibition, a replica of a small bell from Romney’s personal collection is enlarged to monumental proportions and suspended from the ceiling with jute rope specific to Shibari. While the bell itself is in bondage, its voice rings free over a small herd of ceramic Siamese cats, and Nina Simone's voice enchants and expels the negative airspace. Romney’s paintings expand the walls outward, like portals into the subconscious. In ‘’The Dance,” 2021, a childlike figure is center stage as two phantasmic elders boogie and shuffle into a glittery oblivion. Gestures of evolution and devolution are highlighted amongst bold brush strokes, spray painted lace, and references to the photographic. With “Wiped Down (nite nite),” 2021, a burst of white paint circled in yellow confuses the layered figures’ relationships to their respective environments.

Within ENERGY never, bells ring, Simone sings, and cats play and mingle with Romney’s technicolor, concurrent timelines of embodiment. The work breathes-in, holds that breath, and exhales its many simultaneous existences throughout the gallery space, alive with the energies of what was, what might have been, and what is to come.