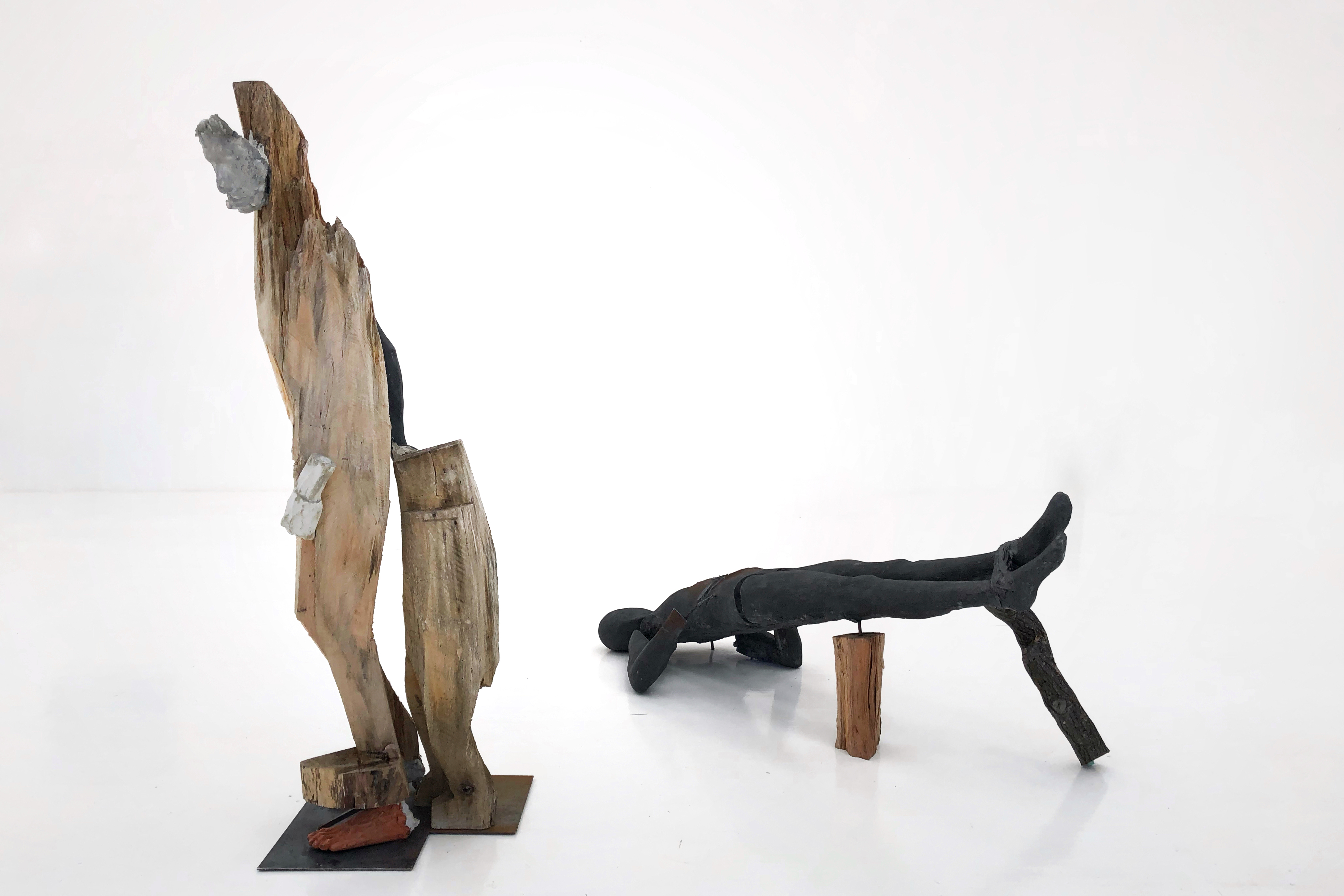 Entering the space we encountered an arrangement of figures that appeared to have arrived from different epochs. The first figure, which seemed to be either human at one time or transitioning to a human state, had feet, a face, arm, and a hand, but the rest of the body was in the form of a carved tree trunk. Another figure, in a state of weightlessness, appeared as if protected by a reflective covering. The third reclining on the ground somewhat contorted with legs propped up. A forth figure half man, half mechanical parts with head turned gazing toward the stars. Yet another was entering or retreating from the space as if from another dimension, but all that was visible was the arm and some sort of debris. A squatting figure with arms folded overhead was on another level, poised to spring forward or in a state of containment—it was unclear. Two smaller figures were also present, one seemed to be in the process of revelation from its mold, and the other more fully formed in shape but lacking defined features.

Curiously one felt the sense that they were in the midst of carrying out an extraordinary ceremonial act, but the purpose of the act was unclear. The protagonists appeared, while acting as a whole, not to be encumbered by the roles of the others but operating as if on instinct.
Tweet
Share