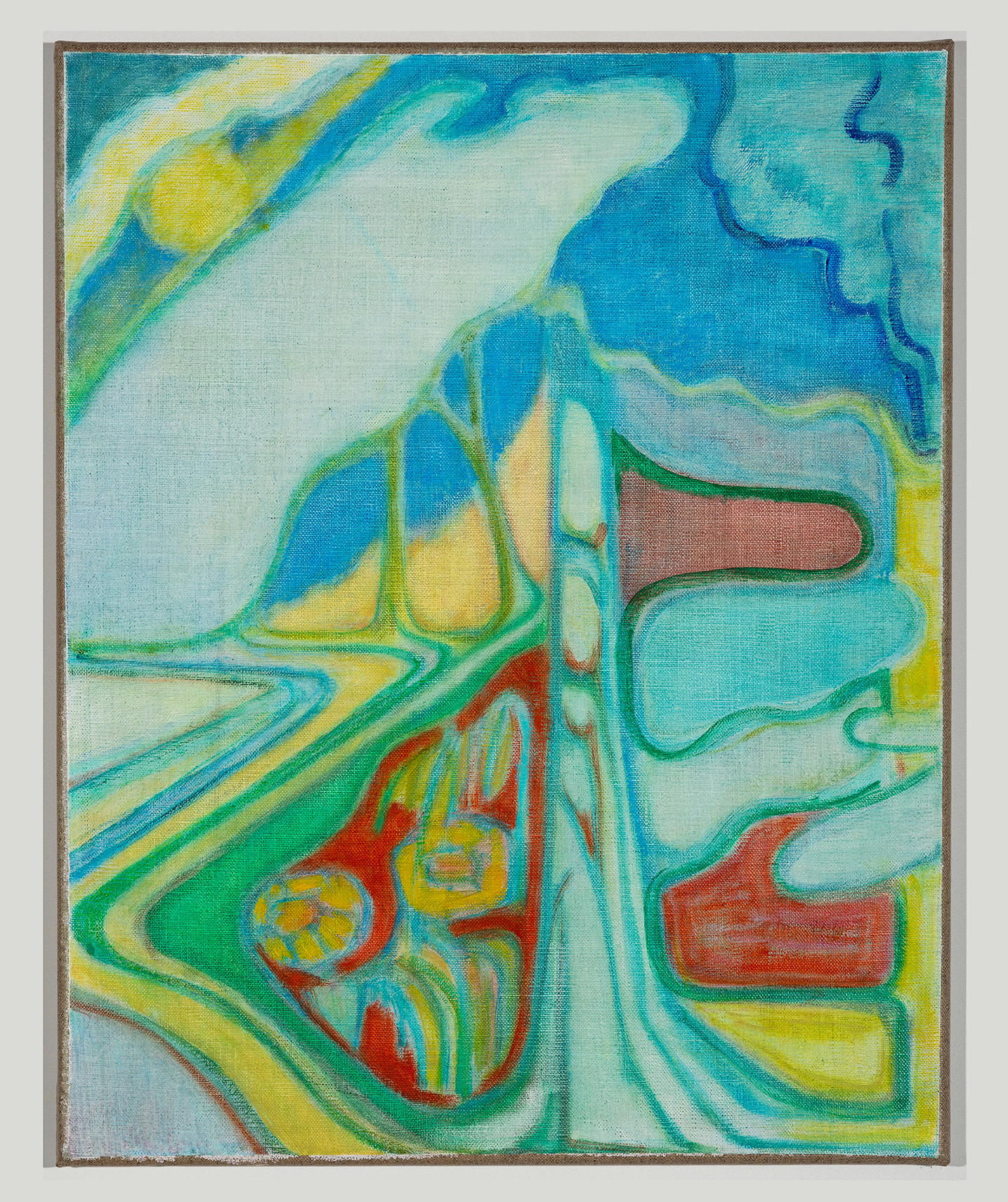 What is it in human nature that calls us to internalize the exterior natural world? This mystery and urge has been a vehicle for the arts for as long as we can trace humanity's presence on earth. From science to the poetics of metaphor, we can find the outside world mirrored within us.

Over the past 10 months, Laurie Nye has been on retreat to her family home in Tennessee, an inspiring setting of flora and verdant landscape, a prime place to reground and reconnect to the natural world. In nature, we witness the fundamental axiom of our own nature: the process of birth, life, and death, and the possibility of cyclical renewal.

In Nye’s paintings, this process is inherent in composed landscapes that are built of forms that are in continual flux, a flowing labyrinth simultaneously unfolding upward as well as the eventual return downward toward the ground. The series of 12 paintings reimagines this same landscape rendered in a spectrum of color palettes, colors that explore the nuanced complexities of our own psyche and inner contemplation, while also conjuring the interiority of other known emotive landscape paintings, especially the works of Edvard Munch and Ernst Ludwig Kirchner.

For a prolific painter who typically works on several large scale canvases at one time in her Los Angeles studio, Nye’s pandemic retreat to her family's Tennessee home presented interesting studio restrictions. Setting up a workspace in her mother’s kitchenette, and limited to working on one painting at a time, Nye discovered a quietude and intimacy that she found “oddly liberating,” along with a chance to reflect on and to process the past four years of our charged social and political upheaval and a global pandemic that forced many into an imposed retreat socially while also finding a much needed reconciliation with the natural world.

The intimate paintings in Chickasaw Moon are the result of the artist’s own reflective process of pulling the outer world within, a cycle that finds final resolve on the surface of Nye’s carefully rendered application of oil on linen.