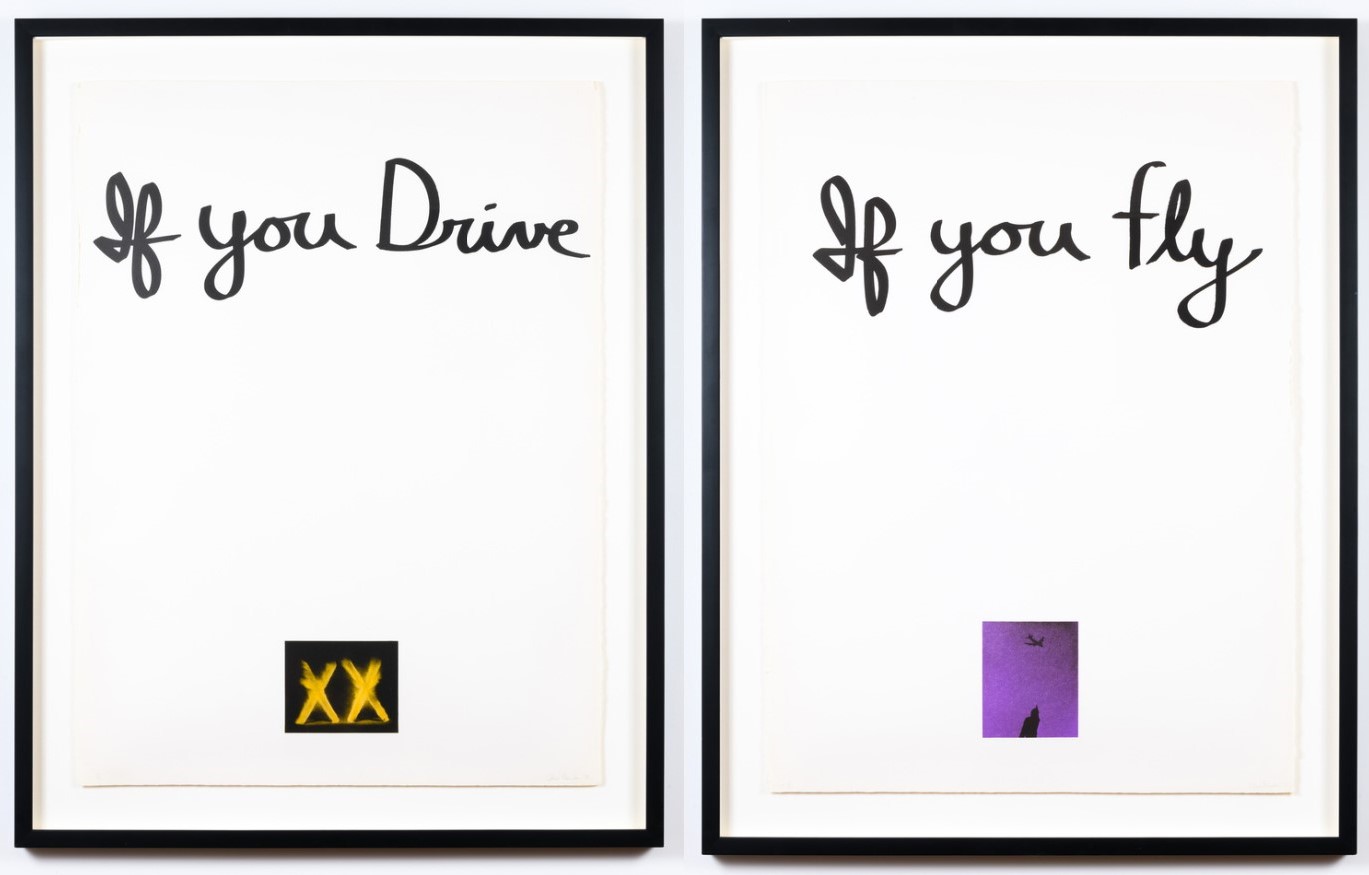 Iris Project
953 AMOROSO PLACE, VENICE, CALIFORNIA
Apr 29, 10 AM - 3 PM — ends May 16, 2021
Welcome to Motor City offers sincere affection salted with a measure of cynicism for Los Angeles car culture, seen through the eyes of Chris Burden, Ed Kienholz, Frank Romero and Ed Ruscha. In Ruscha’s print portfolio, Motor City, and Frank Romero’s sculpture, Carro con Corazon (Rojo), we see an idealization of 1950s/1960s vintage cars and car culture. Chris Burden’s 1973 diptych, If You Fly, If You Drive, portrays a more pessimistic view of driving in Los Angeles, and Edward Kienholz’s Expertembodies the masculinity of American car culture.
In L.A. you are what you drive.

With Motor City, Ruscha marries two of his great obsessions: cars and words. In this portfolio of seven etchings he recreates classic logos from Oldsmobile, Chevrolet, Cadillac, Chrysler, Plymouth, and Ford. They are naive and optimistic in execution, embodying the cult and culture of automotive branding. A native Angeleno, Frank Romero inherited his love of driving from the city, and embraced it as a way of life. We see a uniquely Angeleno blend of sincerity and sentimentality in Romero’s Carro con Corazon (Rojo) from 1987.

Chris Burden's lifelong fascination with the deadlier nature of automobiles and commuting in Los Angeles, is evidenced in performances from 1972-1975 including: B-Car, Deadman, and of course Trans-fixed, in which he was crucified on the back of a VW Beetle. In 1974 he also produced the two lithographs in the show: If You Fly and If You Drive proposing to weigh the danger and merits of both. Burden was clear about the perils of driving in Los Angeles: “Daily driving is a drag. And it’s dangerous [...] I think everyone should wear a crash helmet.”

Edward Kienholz’s car obsession exists in its own category. From his infamous Five Car Stud to his entombment in his own 1940 Packard coupe, he exposed the darker nature of car culture in America. Kienholz was known around town by the hand-painted sign on the side of his pick-up truck which read simply: “ ED KIENHOLZ — EXPERT.” Simple yet effective, it landed Kienholz handyman jobs across the city, including as the manager of a dance band, an orderly in a psychiatric hospital, and a vacuum cleaner salesman. Like so many Angelenos then and now, Kienholz's truck was not only an extension of his personality but reflected his views and criticism of contemporary culture.