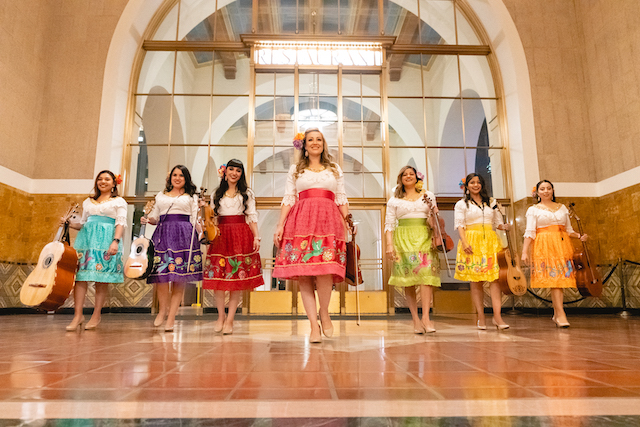 “Versos y Besos,” which translates to verses and kisses, reimagines living archives and women’s history linking poetry, place and sound. Inspired by archival materials of the composer and singer Manuela C. Garcia (1867-1931), currently on display as part of “What’s Her Story: Women in the Archives” at the Autry Museum of the American West, the performance is presented in partnership with Autry After Hours and staged in Union Station’s historic Ticketing Hall.

Manuela C. Garcia was born on Los Angeles Street to a family of musicians and lived much of her life in the vicinity of Downtown Los Angeles. From memory, she recorded to wax cylinder more than 100 songs for the journalist and ethnographer Charles Fletcher Lummis, which are now recognized as mariachi standards.

All-female ensemble Mariachi Las Colibrí, the brainchild of Grammy Award-winner Susie Garcia, is a celebrated musical group that has performed at notable venues and events, including the Dorothy Chandler Pavilion, The Ford, Getty Villa and at mariachi and music festivals throughout the western United States.

The program will also include an original poem by Amy Shimshon-Santo, accompanied by musician Nancy Sanchez.
Tweet
Share