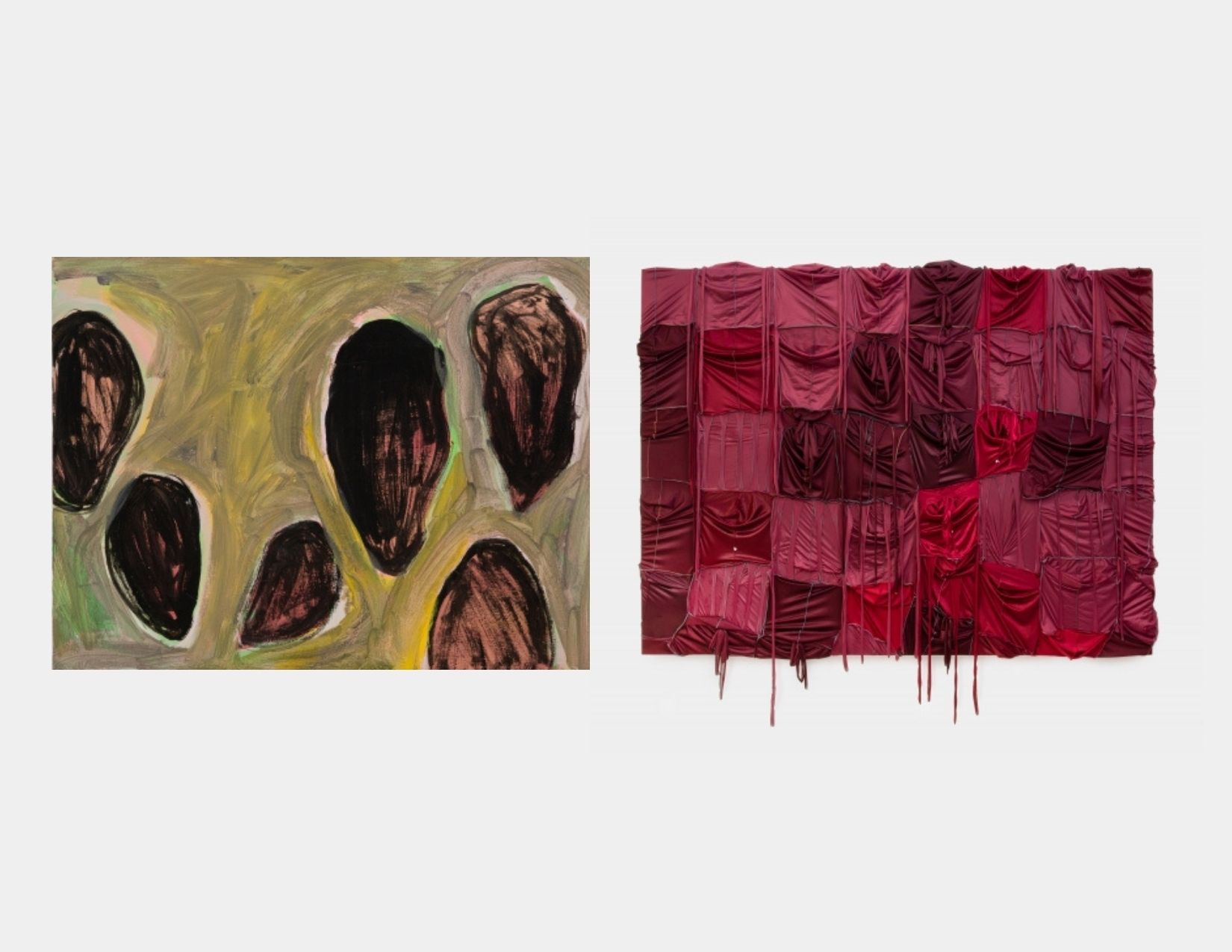 'Delusionarium 5 (Adaptation)' will open across two Los Angeles exhibition spaces, Night Gallery and as-is.la, on May 15, 2021 and will run through June 12.

The project has been in the works for years, co-curated by Jesse Benson and Becky Koblick with essential input from Davida Nemeroff, and an exhibition-within-the-exhibition 'Flame from the Dark Tower' collaboratively organized by Leila Weefur and 5/5 Collective at as-is.la, as well an active publication accompaniment.

'D5' is part of a nomadic group exhibition series initiated by Benson in 2004, playing off biennial structures but not bound to any regular pattern of emergence, and organized not around a concept or formal principle, but through a supportive social structure. After a 13-year hiatus 'Delusionarium' has returned.

Iterations in the series evolve organically and contrasting elements are embraced, allowing contributors to include essentially anything they want to. A vaguely established thread connects and supports all moments within the series, without a harnessing effect. The nomadic nature of the series allows for new contexts and illuminates the specificity of each site and situation without asking artists to work in situ.

Delusionariums often use loose subtitles that aren’t thematically restrictive. The subtitle for 'D5' was provided by Nemeroff back in 2019, mentioning at the time that she had been thinking about adaptation. An amazing premonition, given the enormous rate of change we all experienced in the subsequent years. Originally scheduled and announced to open April 2020, D5 had to adapt to survive like everything else.

'D5' will include a type of exhibition catalog that will exist in two forms. In addition to a new text by Anthony Carfello, the publication will feature contributions from the exhibiting artists and dozens of additional participants.

'Delusionarium' is specific to its moment in history. In its infancy the series anticipated the collapse of roles, self-publishing, and DIY culture of our contemporary moment. Before fairs, gallery shares and gig culture had all become ubiquitous Delusionarium worked toward shared economies of space and labor both to amplify the visibility of platforms and to investigate collaborative exhibition models. Night Gallery and as- is.la were chosen for their programs, spaces, and histories as contributors to the cultural landscape of Los Angeles. A future D6 could exist anywhere.


Jesse Benson is an artist currently based in Oakland. His work has exhibited internationally. Recent solo exhibitions include 'You Are Someone I can Tell My Secrets To' at LOCKER (2020, Los Angeles) and 'Miracle Grow' at Michael Benevento (2017, Los Angeles). Benson regularly engages in collaborative curatorial/organizational projects. Recent examples include his part in co-founding the collective Assembly®, and his initiation of the artist-on-artist writing journal 'The Benefit of Friends Collected,' of which Volume 2 was published by Project X (X-TRA Magazine) and co-edited with Shana Lutker.

Becky Koblick is an independent curator and director of Altman Siegel, San Francisco. In 2019 Koblick relocated to the Bay Area from Los Angeles, where she held director positions with Art Los Angeles Contemporary (2017-2019) and Michael Benevento (2012-2017). She is a founding member of the collective Assembly® and co-founder of Los Angeles project space sixteen:one (2002-2004). Koblick received her MFA from Goldsmiths Curatorial Department in London in 2011 and worked in gallery director positions in London and Brussels (2009-2011).

Night Gallery is pleased to present 'Market,' an exhibition of new work by Anthony Olubunmi Akinbola. This is the artist’s first presentation at the gallery.

Anthony Olubunmi Akinbola’s work responds to and updates the legacy of the readymade, placing the sculptural mode of inquiry in dialogue with traditions of abstract painting. Formal exchanges within and between Akinbola’s artworks push his materials away from their typical cultural and historical evocations, emphasizing plays of color and texture while highlighting unexpected thematic associations. Throughout the artist’s process he has used durags as a primary material to continue the investigations of the Color Field and Action Painting movements. Each successive series of paintings takes up its own line of aesthetic inquiry, exploring the properties and possibilities of his medium through attention to color, fabric, drapery, and composition. Rather than negating the cultural connotations of the durag altogether, these works invite the viewer to both engage and detach their preconceptions at will, exploring how changing contexts create newfound activations of the familiar.

Akinbola’s exhibition 'Market' is centered around new paintings that extend his series “CAMOUFLAGE,” each one working within shades of a single hue, evoking the narrow color schemes of military fatigues. These are situated amid an array of readymades invigorated by simple but radical acts of alteration. These include found sculptures that the artist has glazed in vibrant hues of pearlescent enamel, giving their carved wooden features the appearance of 21st-century products. In the middle of the viewing space stands a taxidermied boar, mid-stride. The exhibition space takes on the atmosphere of an archive whose hybrid objects playfully elude categorization. Defying taxonomic interpretation, the works instead suggest a chain of production, gesturing toward the migration and transformation of materials and cultures, questioning in particular a dichotomy between Africa and Black America. These dynamics can also be found in Akinbola’s paintings, which allude to camouflage not only in name or in their monochromatic compositions but also in their materials themselves: durags, used to maintain and compress Black hair, can be understood as tools of assimilation, though stretched across the canvas they are themselves rendered nearly unrecognizable. Indeed, Akinbola’s deceptively simple works become monuments to disguise, leaving the viewer in an intermediary space between transaction and transcendence.

Anthony Olubunmi Akinbola (b. 1991) has been included in solo and group exhibitions at venues including the Queens Museum, New York; the Museum of Arts and Design, New York; the Kohler Arts Center, Sheboygan, WI; FALSE FLAG, New York; and Zuckerman Museum of Art, Kennesaw, Georgia. He has been a resident artist at the Anderson Ranch Arts Center, Snowmass, Colorado; DordtYart, Dordrecht, Netherlands; and Verbeke Foundation, Kemzeke, Belgium. He lives and works in Brooklyn, NY.
Tweet
Share