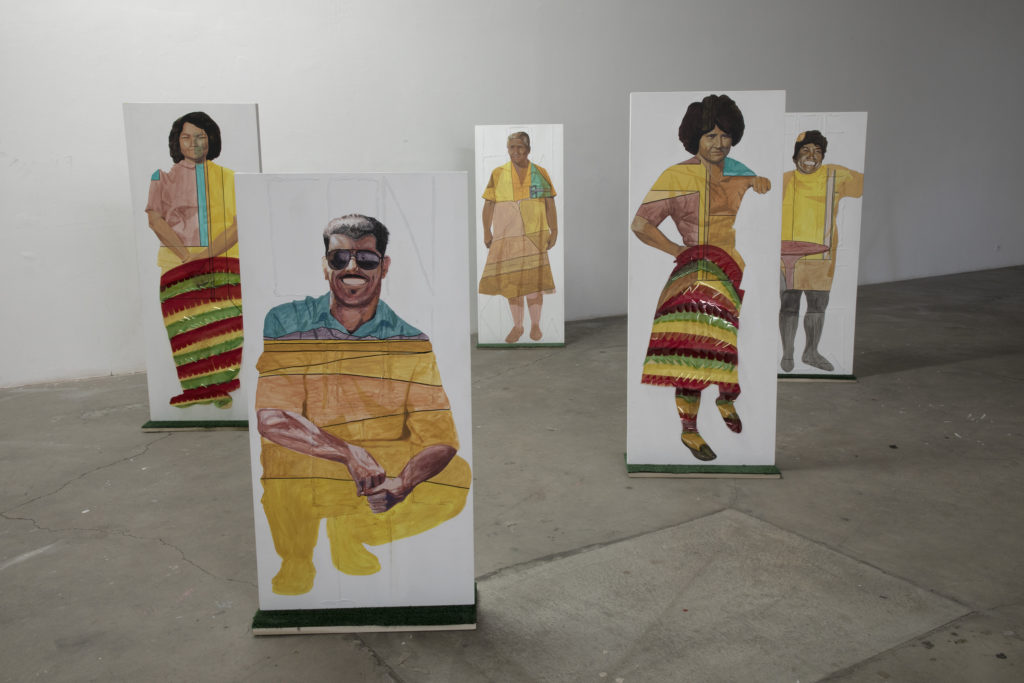 “Don’t look now” is a demand to defer—and an apt characterization of the mood of the past year. Danie Cansino, Jiyoon Kim, Hings Lim, Jose Guadalupe Sanchez III, Diane Williams, and Rachel Zaretsky—the USC Roski MFA class of 2021—have spent the past year making work in a suspended state, in the face of isolation and slow-motion tragedy, wherein time no longer seemed linear.

Temporal glitching characterizes Nicolas Roeg’s 1973 film, Don’t Look Now, as early as its first sequence, in which a then-inexplicable red mirage spills across a piece of slide film. Blood, paint, chemical; it’s unclear exactly what the substance is, but it is clear that it is foreboding insofar as it immediately disrupts the logic of time. Slide film should record the past, but this particular image, of a church in Venice, Italy, is more refraction than reflection.

The works included in Don’t Look Now also function as prisms of a sort: reflections, windows, ghostly presences, premonitions, and portals pervade. Installed and documented at Human Resources in April, for an audience that would only view it later on screens, the work is undeniably touched by temporal confusion. Through mirrored narratives, Don’t Look Now doubles as a retort to and record of limitations imposed upon these six artists, who all found ways to deepen their practices in spite of the demand to defer.