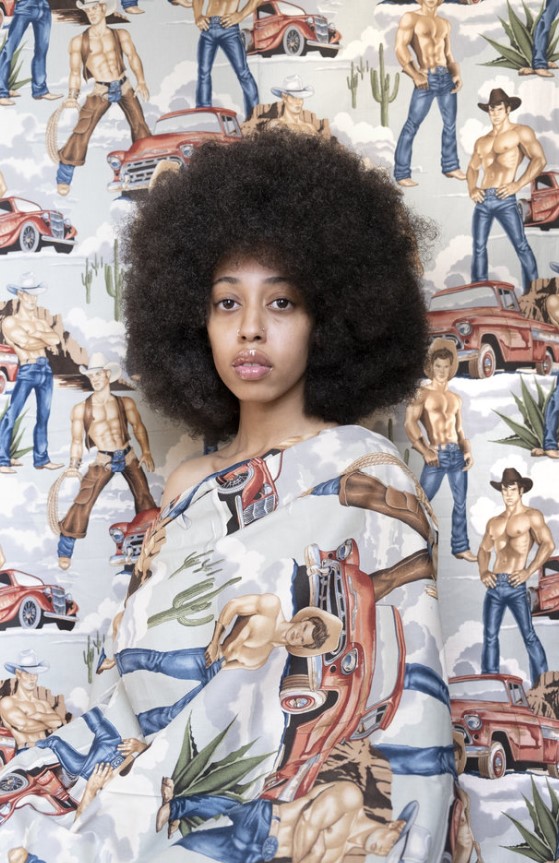 Akea Brionne Brown: In the Center, but not Seen

Iris Project
953 Amoroso Place, Venice, California, 90291
May 21, 10 AM - 3 PM — ends Jul 04, 2021
'In the Center, but not Seen' uses intricately staged self-portraiture to examine the overwhelming effects of racial displacement and erasure in Americana, a cultural and economic construct that continues to omit Black Americans to this day. The product of predominantly white educational and social spaces, Akea Brionne Brown makes her positionality visible using vintage American textiles, physically wrapping herself in the symbolism of historic Americana to highlight the absence of Black bodies like her own.

Brown insists that representation matters, challenging the audience to reflect on their own level of representation (or lack thereof) within the traditional canon of American imagery. This exhibition speaks to the deficit of meaningful inclusion of Black Americans, especially Black women, within the fabric of the American narrative, identity, and culture.

Akea Brionne Brown (b. 1996, New Orleans, LA) is a photographer, writer, curator, and researcher whose personal work investigates the implications of historical racial and social structures in relation to the development of contemporary Black life and identity within America. She received her BFA (2018) from the Maryland Institute College of Art, in the dual degree program of Photography and Humanities. She is currently based in Baltimore, Maryland.
Tweet
Share