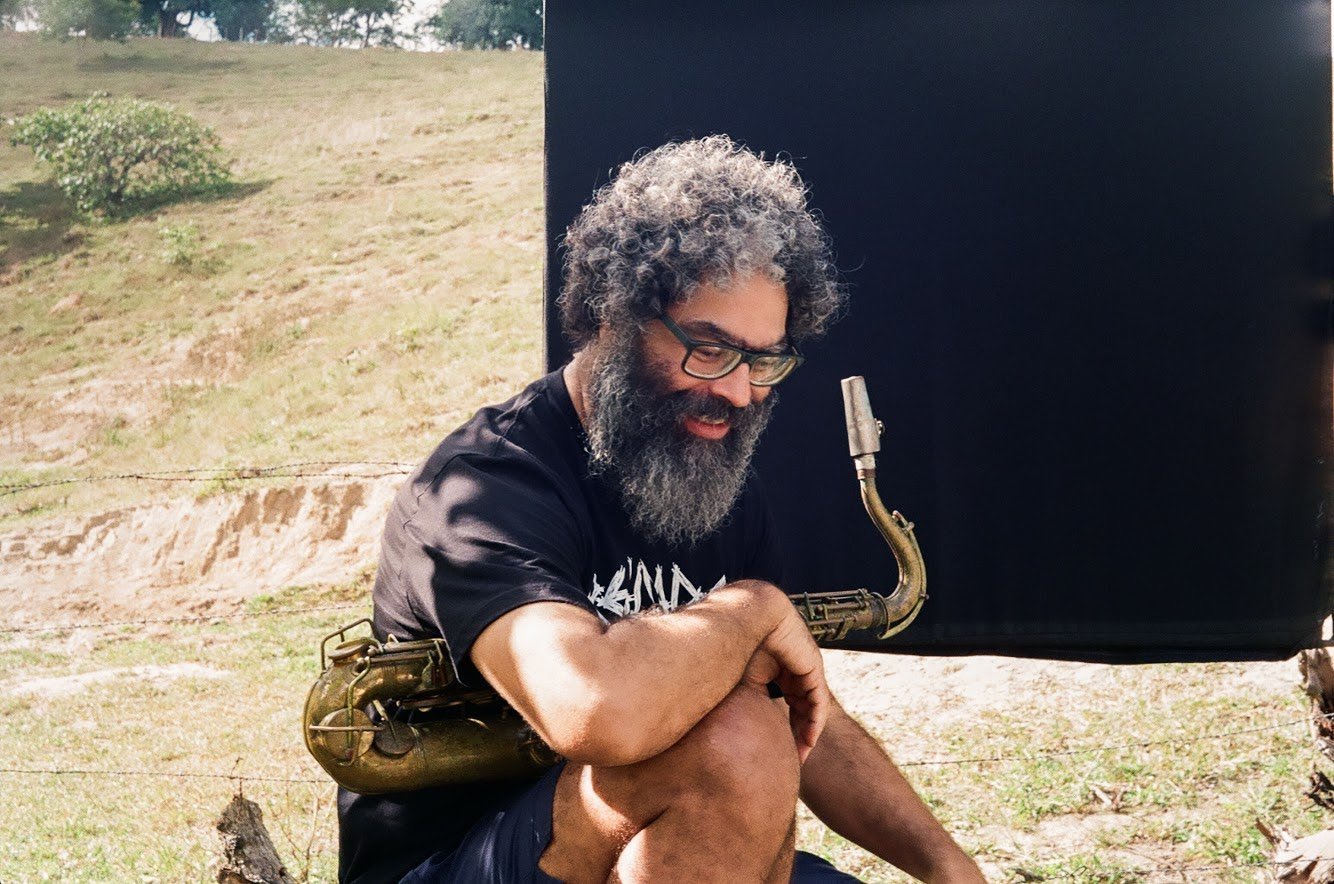 BLACK HOLE presents three compositions by Thelmo Cristovam, a musician, audio artist and independent researcher in psychoacoustics living in Pernambuco, Brazil. These field recordings and electronic compositions include sonic maps of Pernambuco, its coasts, forests, and deserts, as well as of imagined, microscopic spaces. Cristovam’s practice, here, and elsewhere using instruments and sound-making tools in collaboration and solo, foregrounds the act of listening to the temporal and spatial particularities of each environment.

MSPE (Mapeamento Sonoro de Pernambuco / Sound Mapping of Pernambuco). A series of field recordings produced over the years spanning 2008 to 2015. The recording locations within this series (described by Cristovam as a "work in continuum progress") include historic sites in Olinda, Pernambuco, rivers surmounted by man-made bridges, and the seemingly-arbitrary demarcation of territory between municipalities along the coast. The works presented at BLACK HOLE were recorded in the Catimbau Valley, northeast Brazil, in 2015.
“The Catimbau Valley is a huge national park, which divides the agreste and sertão regions of Pernambuco, the state where I live. The park is known for its rock paintings and is therefore a place of archeological and biological preservation and research. The Sound Mapping of the Serra do Catimbau National Park, located in the sertão (hinterland) of Pernambuco, is a research on the unique sound characteristics of the park, which have remained the same, or very similar, for centuries, perhaps millennia. By chance, we hear in certain places the same sounds from previous eras.”

Microorganismos [Primeira Versão]. Produced as an “imaginary sound description of a microscopic world”, this work draws inspiration from biological and mathematical functions, resulting in what Cristovam notes is “mainly an exercise in experiencing aspects of psychoacoustics, such as spatialization, tactile perception of sound, spatial filling, perception of inaudible frequencies, phantom sound perception created by the vacuum, being filled mentally by sounds that are not really in the sound source”. Audio material was stretched and folded, with these recursive processes enduring towards infinity, or at least toward a limit in which the material transformed toward this imagined space. This version has a duration of approximately 46 minutes; the full version, mixed for 12 channels of audio and 6 channels of video, extends to seven hours.

Thelmo Cristovam is a composer, improviser, sound artist and independent researcher in psychoacoustics. Cristovam studied physics and mathematics at UFPE (Universidade Federal de Pernambuco), with particular focus in the areas of dynamic systems (deterministic chaos and theory of catastrophe) and non-formal logics (meta-mathematics). Cristovam is currently developing a project involving radio astronomy and asteroseismology; “this poetic research, including actions and workshops, deals with the inexistence of time and how this abstract idea would, hypothetically, be a strategy of consciousness to shape the "real" world. This shape would be built on from the sound, and in particular, the temporal dimension would be a highly specialized and non-symmetrical spatial dimension; from that point, the characteristics of the sound would be inherited and / or transmitted, hence the use of psychoacoustics to try to understand listening from these premises”.