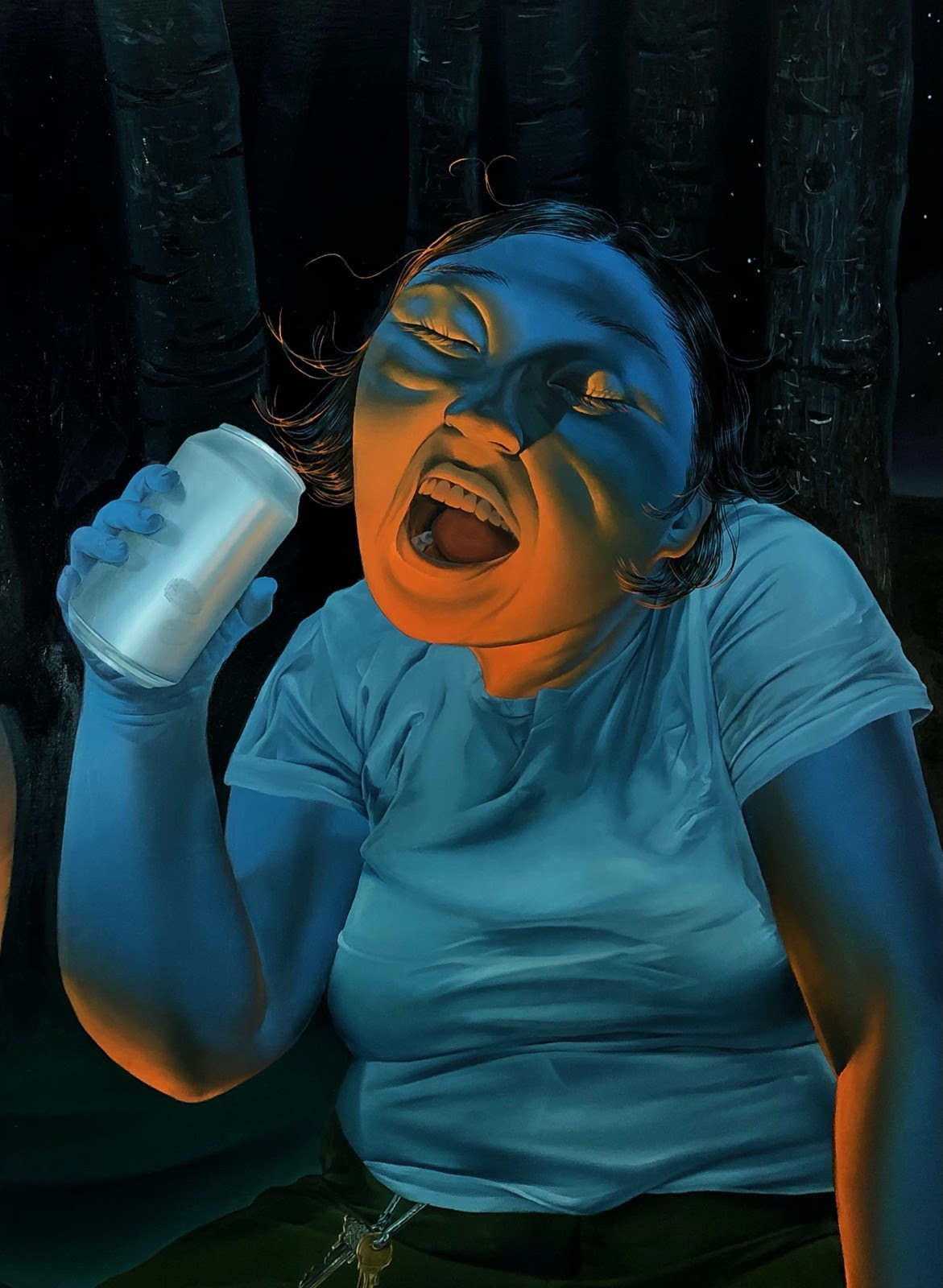 The subject's varied personalities, constructed in the artist’s own image, reenact scenarios that could have taken place during her childhood: a tennis match, campfire, and something as banal as a shower. While the subjects activate private moments, their direct gaze invites the audience to to disrupt and engage with these different versions of the artist, and a universe of similar identities from another world.

The character of the Thief is played by the viewer whose participation is contingent on their identity, experience, and moral conditioning. Some of the characters also play the role of Thief; whether they are hogging the spotlight, being a nuisance, or presumed passive bystanders. Gordon too identifies as the Thief. As a larger-bodied Asian woman, the artist’s adolescence was hindered by a traumatic denial of self. Making up for it now, this work rewrites memories and reclaims consciousness by contending with the presence of dysmorphia around psychological and physical identity.

Gordon’s portrayal of reimagined memories or dreams fills up the senses. The compositions engage high-key colors, slow gradients, sheathing objects, and exaggerated space to maintain an atmosphere of surrealness and vulnerability. Her acute technical handling of oil paint and color pencil are used to investigate every facet of a composition and capture every detail of a subject. Focused portraits are meditative and emphasize the slights of expression while maintaining integrity of the character.

The vibrancy and obsessive attention to detail in Gordon’s practice are reflective of hyperawareness—a symptom of the artist’s dysmorphia. The work’s presentation of Asian characters with implied familial relationships and larger bodies reclaim representations that have historically been ignored or considered unacceptable in American culture.

As a biracial East Asian person growing up in a predominantly conservative white suburban environment, the lack of cultural and media representation in a place considered home was disorienting, and forced the artist to contend with her identity as Other. The occupation of East Asian female bodies across the artists' works contends with, and aims to relieve, the effects of past psychological conditioning.