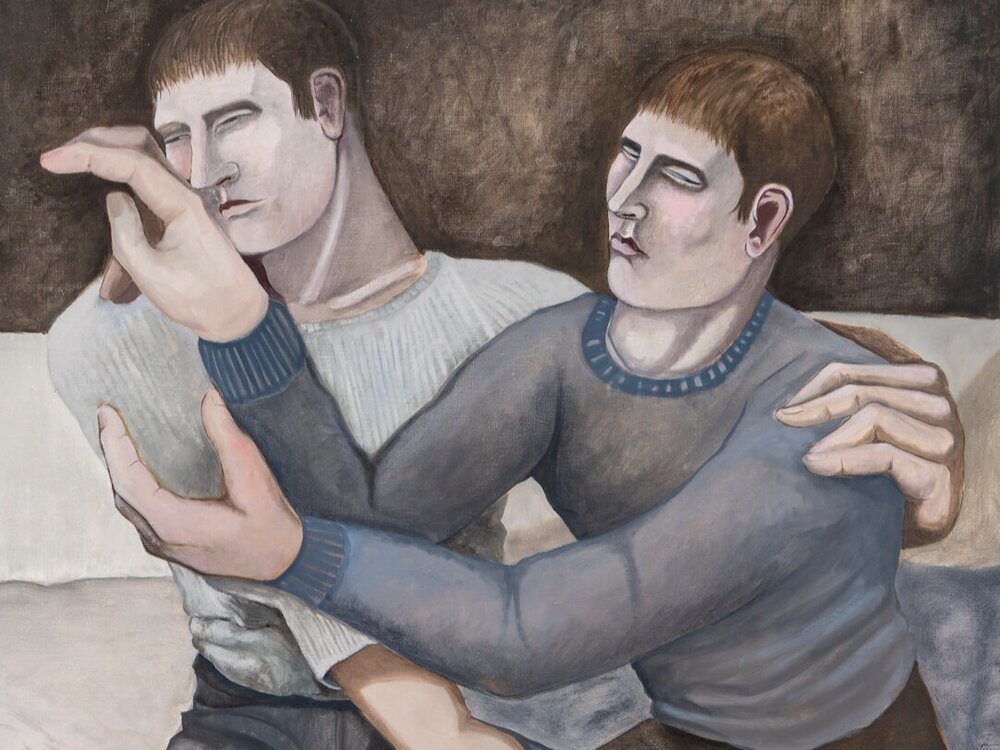 William Brickel: I'd Tell You If I Could

Kohn Gallery is pleased to announce the representation of London-based artist, William Brickel. On June 5th Brickel will be debuting I’d Tell You If I Could, his first solo exhibition with Kohn Gallery in Los Angeles. The exhibition will consist of large paintings and works on paper with an array of different mediums including: oil paint, charcoal, conté, and watercolor.

The figures in Brickel’s works are partly representations of himself, but are also standalone actors that perform and draw out an emotional distress and catharsis to which we are made witness. Brickel projects his face onto the visage of his subject matter. At once intimately personal and emotionally closed off, each figure is absorbed into the theatricality of their two-dimensional world, as the viewer is cognizant of their emotional intensity. For Brickel, these scenes are representations of his lived experience; each canvas is a window into a state of emotional vulnerability.

Brickel’s figures eschew the elegantly and highly self-conscious poses of his Mannerist predecessors as he creates works that elongate and exaggerate the human form beyond realism. His figures approach representation via a painterly restraint and emotional isolation that is reflective of his generation. Figures exist together in one picture plane, male bodies wrap around each other in an intimate double helix, but relationships are uncertain, and eye contact is never established. The figures are emotionally distant from each other and from the viewer, protecting themselves from the world we inhabit.

William Brickel’s works are drawn from recalled memories and imagination. Each scene is crafted from a past memory which preoccupies him, and canvases are outlined without photographic reference. In depicting the body, Brickel relies on his sense of touch to portray the human form, rather than its accurate, realistic depiction. Drawing influence from the conceptual manifesto of the Intimists of the 19th and 20th centuries, Brickel makes a distinction in the relationship between the human body and its spirit as two mutually inclusive agents which may also exist independently. The destiny and purpose of the body is to serve as an expressive device for the soul.