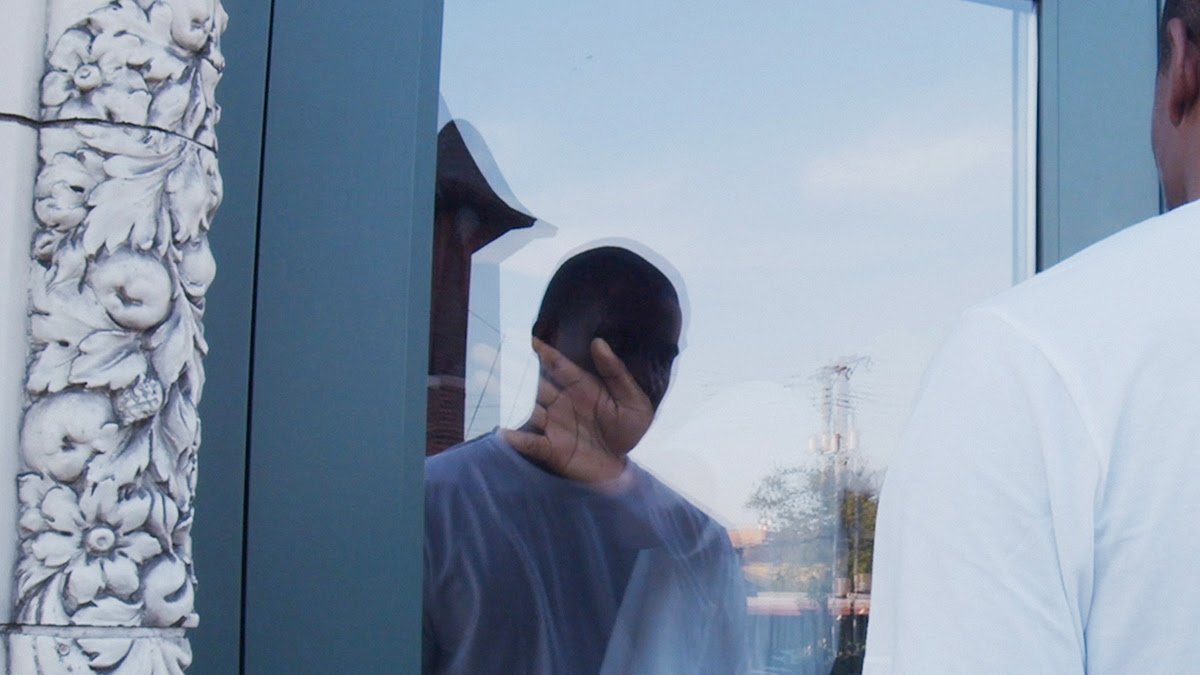 Night Gallery is excited to present a solo exhibition by Kandis Williams. The exhibition is devoted to her performance and video work 'Eurydice,' made and presented in site-responsive iterations from 2018 to 2020 and completed in 2021 as a two-channel video installation. The exhibition is concurrent with two other major presentations of Williams’ work currently on view in Los Angeles: a presentation of her collage work in the 'Made in L.A. Biennial' at the Hammer Museum and Huntington Libraries, and an exhibition devoted to her publishing company Cassandra Press at LAXART. Night Gallery’s exhibition highlights the place of video and performance in Williams’ practice, adding to the current citywide celebration of one of contemporary art’s great voices of inquiry and dissent.

Williams’ 'Eurydice' is an immersive two-channel video installation which includes footage of performances by the same name. These performances take the Greek myth of Eurydice as their starting point: Eurydice, daughter of the god Apollo, is sent to the underworld but offered rescue by her lover, Orpheus, under the condition that he not look at her until they have left. Despite his great journey to save Eurydice, Orpheus is unable to resist looking back at her, and she is immediately condemned back to eternity in Hell, lost in the act of being seen. Williams’ project revisits the myth’s dynamics of spectatorship and agency to explore the status of the Black figure as a symbol, co-opted in an immediate cycle of fetishization and erasure. Drawing from psychoanalyst Bracha Ettinger’s structure of the “matrixial gaze,” the system of discontinuous influences from which we develop senses of identity, Williams surrounds the viewer with layered and contrasting images, challenging intuitive processes of reconciliation by embracing or rejecting a logic of coherence. Within these schema of representation and rupture, the viewer is left to their own devices, asked at once to draw from and discard the frameworks by which we make meaning of what we see. The footage included in Eurydice is taken from performances at Gesu Cathedral, Montreal, Canada; Blum and Poe, Los Angeles; Navel, Los Angeles; FRAGILE, Berlin, Germany; and the Counterpublic Triennial in St. Louis, MO.

Through photographic, theatrical, and filmic juxtapositions, Williams' practice exposes the oppressive logics and conceptual ruptures latent within perceptual experience. Employing quotation to achieve both resonance and dissonance, her work lays bare the violent mechanisms through which the Black body becomes a racial apparatus. Responding to disparate discourses including psychoanalysis, critical race theory, semiotics, and social psychology, Williams’ work at once incorporates and disassembles divergent schools of thought in a broader project of unfounding the intuitive associations from which we construct our notions of history, society, and identity.

In concert with 'Eurydice,' the exhibition will also feature a presentation of Josh Johnson’s 'PIETY,' 2018, in our Triangle Gallery. Josh Johnson is a dancer and choreographer who has been a longtime collaborator of Kandis Williams, serving as the main performer in 'Eurydice.' Williams served as the dramaturg on 'PIETY.'

Kandis Williams (b. 1985, Baltimore, Maryland) has recently exhibited at the KW Institute for Contemporary Art, Berlin; Simon Lee, New York, NY; the Underground Museum, Los Angeles, CA; the Frye Art Museum, Seattle, WA, and Ficken 3000, Berlin, Germany, among others, as well as recent exhibitions devoted to her publishing company Cassandra Press at Luma Westbau, Zurich, and LAXART, Los Angeles. In Fall 2020, the Institute for Contemporary Art at Virginia Commonwealth University opened 'Kandis Williams: A Field,' a multi-stage solo exhibition curated by Amber Esseiva, which will run through Fall 2021 as part of the museum’s Provocations commission series. Williams is featured in the 2020/2021 edition of the 'Made in LA Biennial' at the Hammer Museum and Huntington Libraries, Los Angeles, CA. Her work is included in the permanent collection of the Hammer Museum, Los Angeles, CA and the Julia Stoschek Collection, Berlin, Germany. In addition to her visual arts practice, Williams' performances have been mounted in institutions across the world. She is the recipient of the 2021 Grants to Artists award, presented by the Foundation for Contemporary Arts, New York. Also in Los Angeles, her work is currently on view in 'I Like LA and LA Likes Me: Joseph Beuys at 100' at Track 16 Gallery. In Fall 2021, Williams will present the inaugural presentation at the new David Zwirner exhibition space 52 Walker programmed and led by Director Ebony L. Haynes.

Night Gallery is excited to present 'Root-Bound,' an exhibition of new work by JPW3. This is the artist’s third exhibition at Night Gallery, following 2014’s '32 Leaves / I Don’t / the Face of Smoke' and 2017’s 'Drifting the Bog.' Taking place across Night Gallery’s North Gallery and outdoor exhibition space, 'Root-Bound' features new oil paintings as well as an environmental sculptural installation 'Season 6 (Episodes 4-6).'

Across media, JPW3’s work takes the cycle of life as a source of inspiration for material and conceptual explorations. Combining and comparing the movements and transformations of the natural world with synthetic industrial products, his works acknowledge our apocalyptic landscape while finding nature’s persistent ingenuity and adaptability. The exhibition’s title, 'Root-Bound,' refers to the condition of plants that have continued to grow while confined within small spaces, their tendrils coiling in an indexical mapping of the vessel that holds them. JPW3’s new oil stick paintings on wood panels are inspired by the properties of the root-bound plant, a living thing and a container for life simultaneously. These intuitive compositions, painted outdoors in commune with nature, allow spare yet distinct depictions of recognizable objects – flowers, stars, safety pins, numbers – hidden amid intuitive, organic abstract compositions. The patchwork-like grids that appear in these paintings have recurred as a motif in various incarnations throughout JPW3’s practice, from wax works to the walls of his site-specific tea house installation 'Zen Jail.' Here the pattern draws a connection to the Snakeshead Fritillary, also known as the “chess flower,” a varietal of lily whose petals feature checkerboard patterns which, though naturally occurring, strike the 21st-century eye for their graphic qualities.

JPW3’s outdoor installation 'Season 6 (Episodes 4-6)' consists of three independent sculptures, each one an eight-foot tall triangular steel structure partially filled with earth. Within each structure there is a square hole, one larger than the next. This sequence of shapes mimics the visualization of a sawtooth wave form, a harsh and clear noise that contains much of the spectrum of sound detectable by the human ear. Again the interplay between manmade and natural, perceptible and subliminal, animate these monumental geometric structures. The work pays homage to significant Land Art works such as Nancy Holt’s 'Sun Tunnels' and Donald Judd’s 'Untitled' concrete cubes, updating their conversation amid a newfound discourse of ecological crisis and technological advancement. Like his paintings, JPW3’s sculptures use the parameters of our dystopian moment to cultivate an oblique but palpable sense of wonder.

JPW3 (b. 1981, Tallahassee, Florida) has had solo exhibitions at Night Gallery, Los Angeles; the Sarasota Museum at Ringling College, Sarasota, FL; MOCA Tucson, Tucson, AZ; Galerie Nagel Draxler, Berlin; Martos Gallery, New York; and Kunstverein Heppenheim, Heppenheim. In 2020, he was the recipient of the eBay Award at Untitled, San Francisco. He has also been included in group exhibitions at the De La Cruz Collection, Miami; the Pit, Los Angeles; Luce Gallery, Turin, Italy; and Kavi Gupta Gallery, Berlin. His work has been covered by The New York Times, Artforum, and Art-Agenda, among other publications. He lives and works in Los Angeles.
Tweet
Share