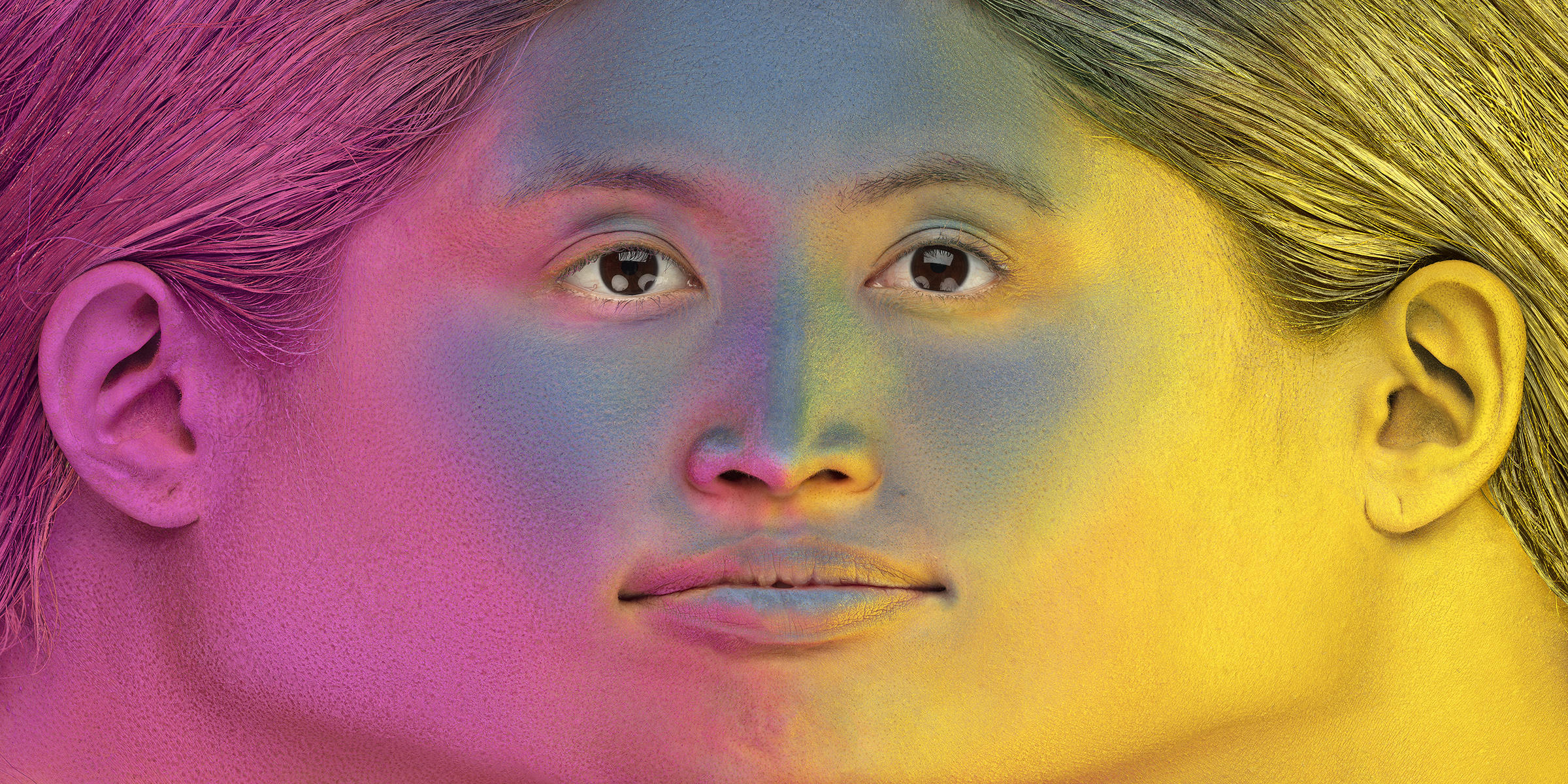 Hunter Shaw Fine Art
5513 Pico Blvd. Los Angeles Ca 90019
Jul 11, 6 PM - 9 PM — ends Aug 15, 2021
Hunter Shaw Fine Art is pleased to present Rollin Leonard’s first solo show in Los Angeles, "About Face." Leonard’s four giant portraits face off inside the gallery, like gods or demons at their mythic scale and with their beguiling expressions. In a time of constant surveillance, global mapping, and video conferencing where we regularly become floating heads, "About Face" considers the human visage in all its variability, and ultimate unknowability. Through Leonard’s trippy cartographies of the face, which oscillate perspective due to flattening, scale and resolution, the viewer’s visual field is simultaneously challenged and seduced, the perspective jumping and shifting as their gaze moves over the work. These constant perceptual fluctuations evoke shifting possibilities within the portraits themselves, hinting at latent potentials in what it is to be human. They remind the viewer of how our faces are always in flux, due to ageing and daily living, but also in a grander sense, considering deeper time, our evolution from blob-like multicellular creatures to rat-like early mammals to our human faces today.

Two of the works in the show, "Color From Three Vectors," and "Self Portrait with Blobs," are from Leonard’s ongoing “Flat Face” series. These Flat Faces push the artist’s method of “unsculpting” the face, creating a skin more skin-like than skin. This uncanny quality is reiterated by the works’ monumental scale and high resolution, which allow the viewer to see every hair, pore, and streak of makeup. Leonard’s two “Water Portraits,” from another ongoing series, "Rainbow Demon" and "Smile Demon," appear on the walls like talismans. Created by shooting hundreds of expressions from grins to grimaces through droplets of water, the demons smirk at the viewer as they quite literally possess our myriad micro-expressions and mercurial moods in the many resin drops that make up their features.

Leonard’s work is often understandably mistaken as being created via the “magic” of Photoshop or Cinema 4D. While he does utilize these programs in specific ways, his time-intensive photography and other analogue methods are essential to his work’s ultimate effect. Whether shooting hundreds of photos through the prism of a real water droplet, or painting his own face with high pigment makeup to create intense rainbow colors, Leonard keeps his processes rooted in tangible methods, in the constraints of physics and chemistry. Following strict physical rules established by water, scale, and optics, subtly defines the images and creatures Leonard invents, making them appear both biological and highly idiosyncratic.