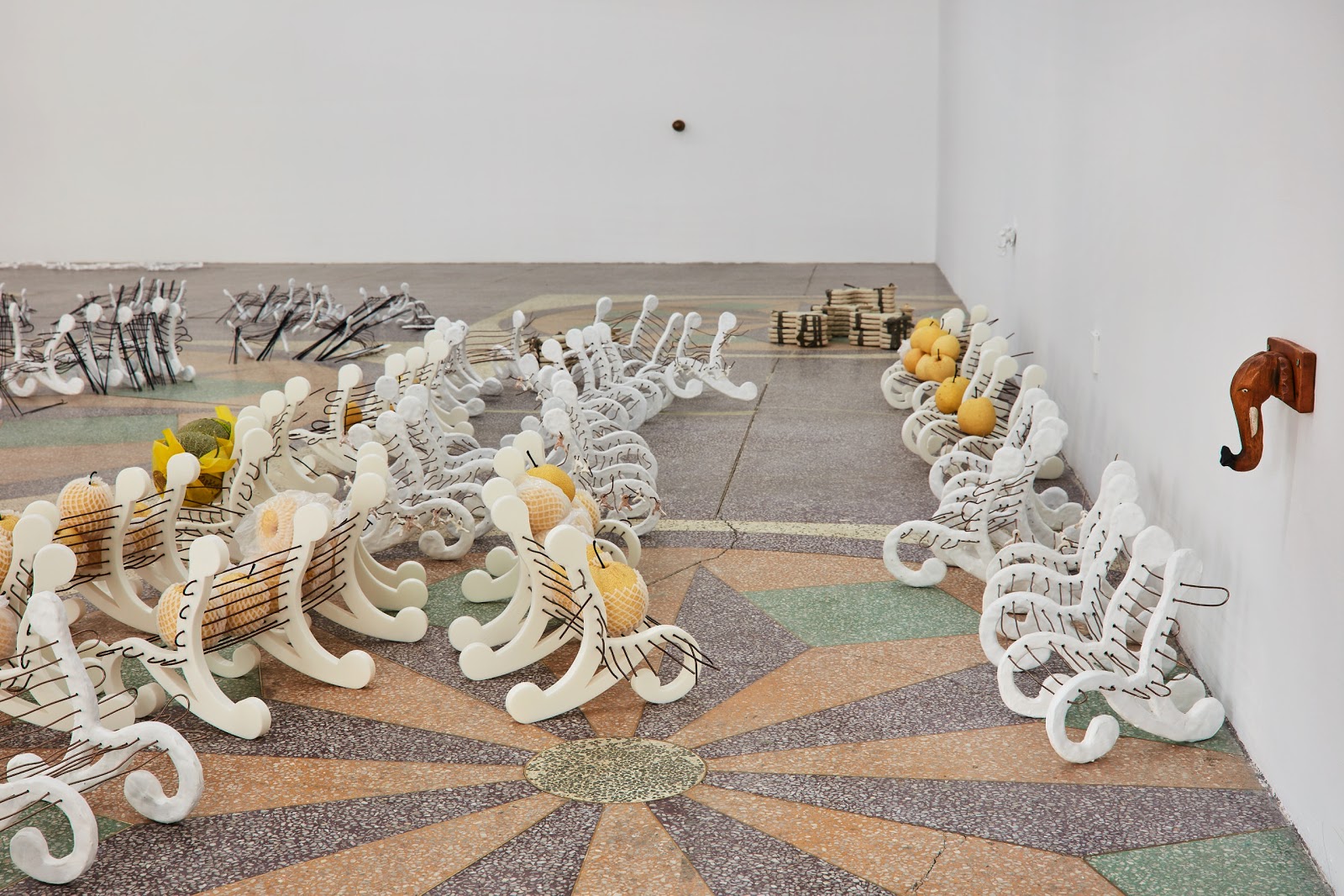 MAK Center for Art and Architecture
835 North Kings Road West Hollywood, CA 90069
Aug 26, 6:30 PM - 9 PM — ends Oct 03, 2021
Benjamin Hirte and Nancy Lupo draw from the mundane world of both designed and happenstance objects as they are encountered on the street. Public or semi-public spaces are formative sites, as plazas, parking lots, and transit centers become starting points for Lupo and Hirte to navigate the unnoticed effects of the built environment on us.

Benjamin Hirte’s recent works probe everyday forms through the processes of 3D scanning, turning a passive act of imaging into an active mode of perceiving. Many of Hirte’s past projects have traced the contours of industrial or mechanized forms—from rubber gaskets and seals, to aluminum panels and door hinges—and recast them into sculptural works through a manipulation of scale, format, and material. By combining his sculptural practice with digital procedures of 3D scanning, a process that reconstitutes a three-dimensional object or environment through a collection and re-presentation of data-rich images, Hirte captures the shapes and contours of our world through the feedback loop between image, data, and form. Alongside new work, the exhibition presents Hirte’s residency project Lots, which feature two hanging rubber sheets intimating a bird’s eye-view of a parking lot, alongside a scaled model of a scissor stairwell, extracted from its architectural housing.

The intertwining of care and cruelty that is evidenced in public furnishings and civic space are a recurring motif in Nancy Lupo’s practice. For Antwerp, Lupo produced a new iteration in an ongoing series of works which approximate and index civic benches in three-quarter scale. From the baroque curlicues of bench legs found on Nanjing road in Shanghai’s commercial shopping district, to the tooth-like / tombstone-like benches derived from Termini train station in Rome and recast in three-quarter scale for Pershing Square, each instantiation asks how space and bodies (human and non-human) arise in response to external systems of control and influence. Lupo’s current project looks to the forms of defensive architecture within the seating arrangements of Morphosis’ Caltrans District 7 Headquarters, where tubular steel pipes become antihomeslessness devices arching their way across a plaza of concrete slabs.

While ubiquity is a key condition of their sources, Hirte and Lupo’s sculpture and video works insist on a closer reading of the everyday objects that arise from civic and municipal systems and decision-making. By excavating specific qualities of mundane objects—color, weight, texture, shape, and mood—both artists ask questions about their effect on both political and urban bodies.
Tweet
Share