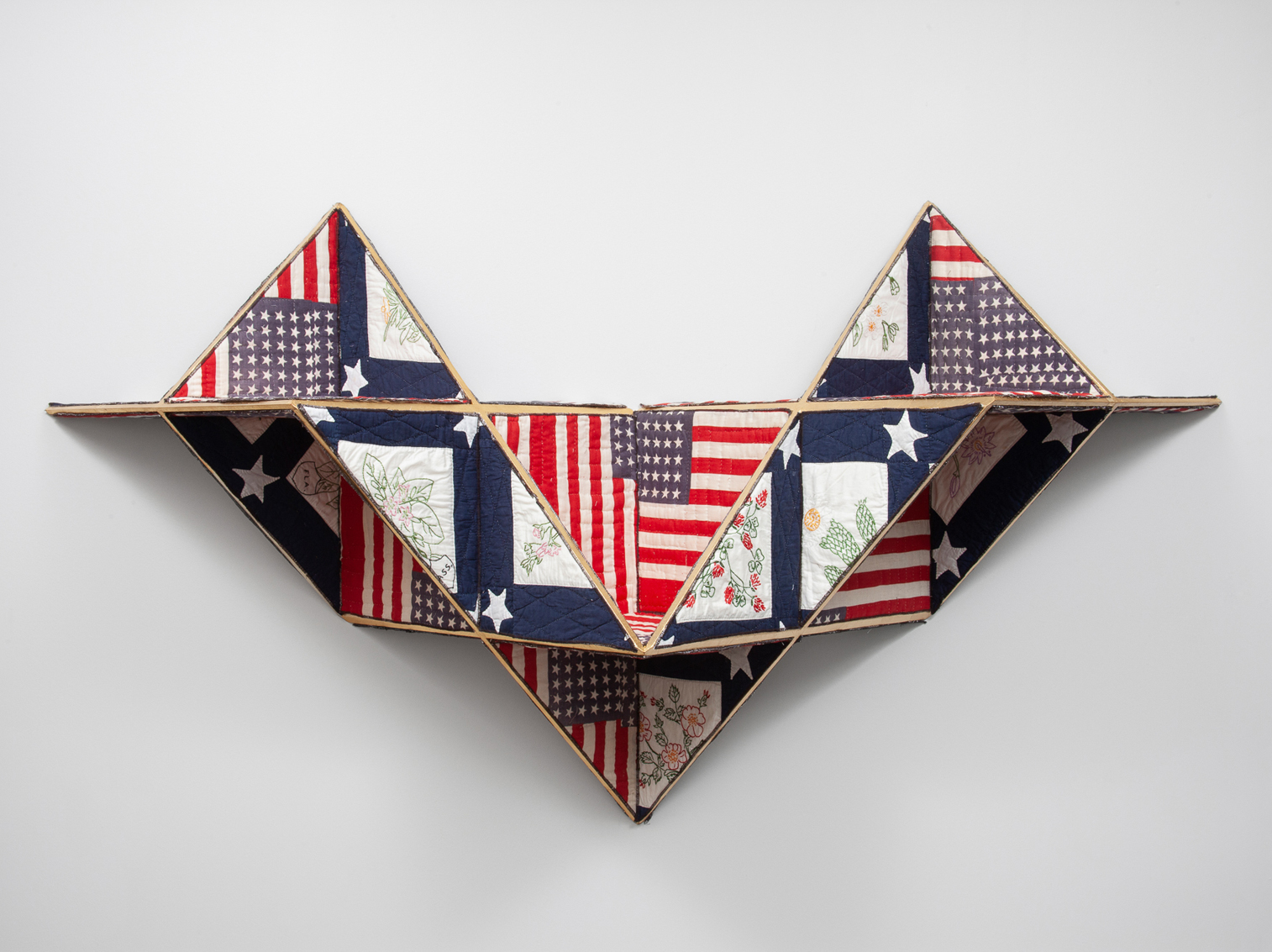 Biggers’s engagement with quilts dates to 2009, when he was commissioned by Hidden City Philadelphia to produce a work for the Mother Bethel African Methodist Episcopal Church, a stop on the Underground Railroad. As the artist researched the history of the Underground Railroad, he was intrigued by the long-debated narrative that quilts doubled as signposts along escape routes throughout the nineteenth century. Inspired by those stories, Biggers created his first quilt-based works.

The exhibition’s title, Codeswitch, refers to both the artist’s quilt series, known as the Codex series, as well as to the idea of code-switching: shifting from one linguistic code to another depending on social context. The Codex series includes mixed-media paintings and sculptures done directly on or made from pre-1900 antique quilts. This process, like linguistic code-switching, recognizes the plurality of language, as the quilts signal their original creator’s intent as well as the new layers of meaning given to them through Biggers’s artistic interventions.