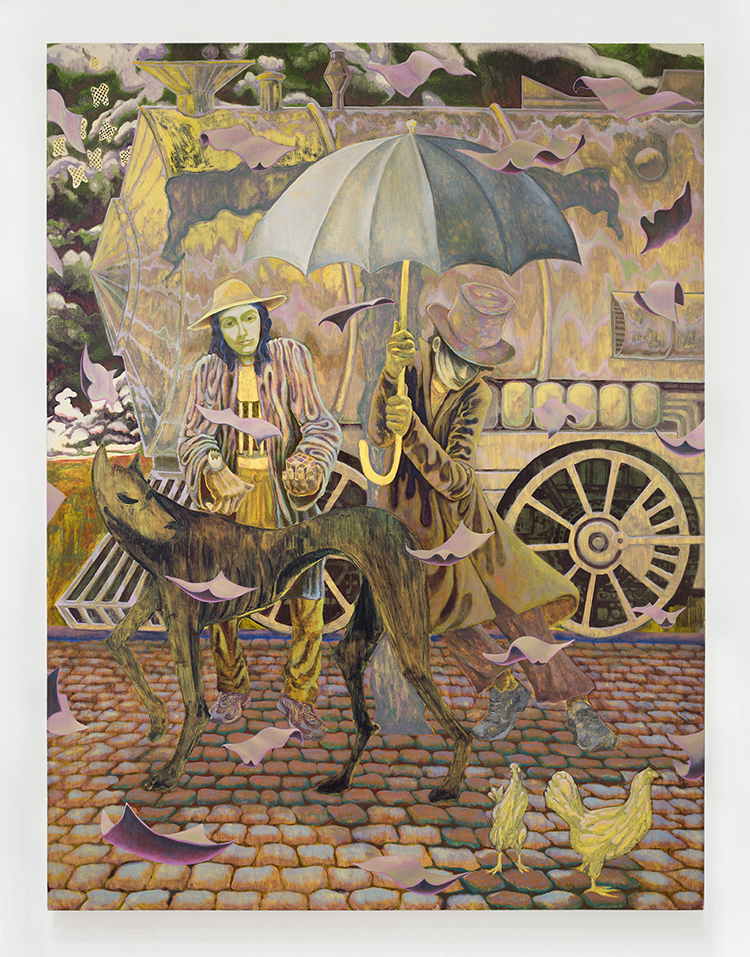 Initiating a new series of paintings for his first solo exhibition at Bel Ami, Joel Dean demonstrates how words and other signifiers emanate unstable meanings. Each composition is anchored by a letter, recalling Medieval illuminated manuscripts and late 19th century children’s books. However, instead of using text and allegorical imagery to spell out a cohesive narrative, Joel Dean intuitively paints dreamlike metropolises where familiar markers are unmoored from their referents in waking life. Working on multiple canvases at once, he moves through the English alphabet in no particular order: D, Q, T, J, X, Z, A, S, M, K. His intricate and mystifying recombinations of visual vocabulary invite new readings. Melting storm clouds and electric bolts of color open an alternate realm of philology and fantasy. Wielding his brush like a wand, Joel Dean draws attention to how language and meanings are always shifting, and how every decoding is an inspired encoding.